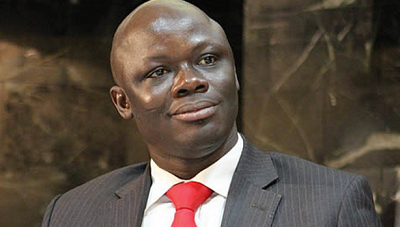 This week President Akufo Addo inaugurated the Right To Information (RTI) Commission. The seven-member Commission was expected before the law came into effect at the start of 2020.

The first draft bill was done far back in 1999 under the auspices of the IEA, so it had taken two decades of active campaign to get it passed into law in March 2019.

Though it was assented to by the President in May 2019, its implementation was strangely postponed to 2020. The Commission, the implementing agency, it was expected would have been in place in January. But it certainly was not a priority or any close in rank to NIA and EC activities so Covid-19 became an excuse.

Citizens were told they could go ahead to request information using the RTI Act 989, they did and encountered shameful excuses from public institutions and officials who still think information generated with public funds is their private property. All those I know who requested information clearly not exempt under the law were directly or indirectly not granted access.

A representative of the people in parliament was even denied basic election procurement information. He resorted to the court to compel the production of the documents he sought. He was bound by the law to have resorted to this Commission where he would not have spent a dime and didn’t have to hire a lawyer. The law springs from a human rights and constitutional imperative and is the best expression of participatory democracy.

It serves public office holders well by removing the era of speculation and unnecessary hurt to reputations because of secrecy and reluctance to disclose information in the public interest. Upon being refused, they were to seek internal review before resorting to the Commission if need be. But the heads of institution mandated to deal with a review application participated in denying applicants access.

Question now is, how long will it take for the Commission to get offices, staff and budget to start its critical job? It may want to get an L.I. to further detail the RTI processes. It has to publish guidelines to assist all public institutions to also publish manuals mandated by the law to help the public on how to access information from them. It will promote and monitor implementation of the law, receive appeals and compel access to information to those unjustly denied information requested.

The law says it is an independent Commission of experts doing full-time RTI work, prohibited from any other work for profit, and also prohibited from partisan political activities. It is granted special powers of the High Court to effectively serve its purpose. A warm welcome to the Commission and its Executive Secretary Yaw Sarpong Boateng, my mate and colleague at law.

Please be reminded that your loyalty is to the people and the law’s purpose and role for the Commission which is to “promote, monitor, protect and enforce the right to information that is granted to a person under [the law]”. Citizens have been disappointed and lost faith in bodies set up to serve their interest that have gone astray and turned against them to rather prioritise the protection of the parochial interests of political parties and appointees.

Here is your Legal Light. I start a series on the dos and don’ts on Election Day next week.