Aunty Akosua, in Ghana, there is nothing like free lunch 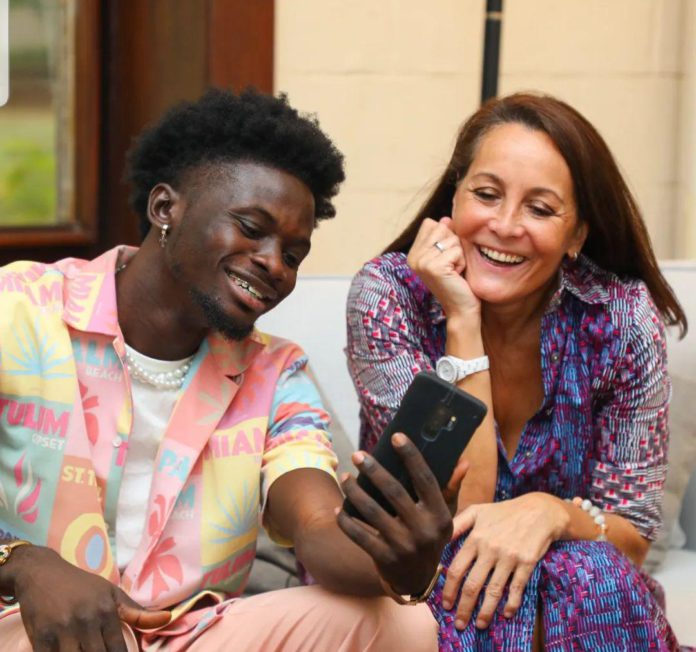 French Ambassador to Ghana, Anne Sophie-Avé, aka Akosua, is not your typical diplomat who solely swaddles herself within the confines of diplomatic courtyard, either meeting political figures, smiling before cameras or sipping those famous French wines from the Chateau collections.

She loves to immerse herself in the baking heat, meeting and interacting with market women, Fishermen and Fishermongers, Palmwine tappers, farmers, Aboboyaa and Pragya riders, as well as musicians.

So, when she took to Twitter to announce that she was looking for the opportunity to meet Kuami Eugene, those who know how the Twitter terrain works in Ghana knew she was asking for trouble. In a post which was accompanied by a video, Ambassador Akosua, happily holding her phone and reading out as she composes the tweet, said:

"It worked for @chancetherapper when he complained about not having @sarkodie yet. Will it work for me? "I have done everything in Ghana except meet @KuamiEugene"

And few months after the request had been published on her personal page, one Papa Yaw, who appeared to be already roaming around Twitter, offered to help but inserted a request; @papayawkhalix19 If I bring him will I get free visa to france?

One is not sure if Papa Yaw ever delivered on his promise, but Aunty Akosua met with the Angela hitmaker. And it didn’t take her long to flood cyberspace with photos and videos, including dancing lessons from the artiste. I am not an expert in dancing so will stay mute on that very one. Obviously elated by the visit from Kuami Eugene, Ambassador Akosua came back on Twitter to share the goodnews with her followers, including Papa Yaw, perhaps. 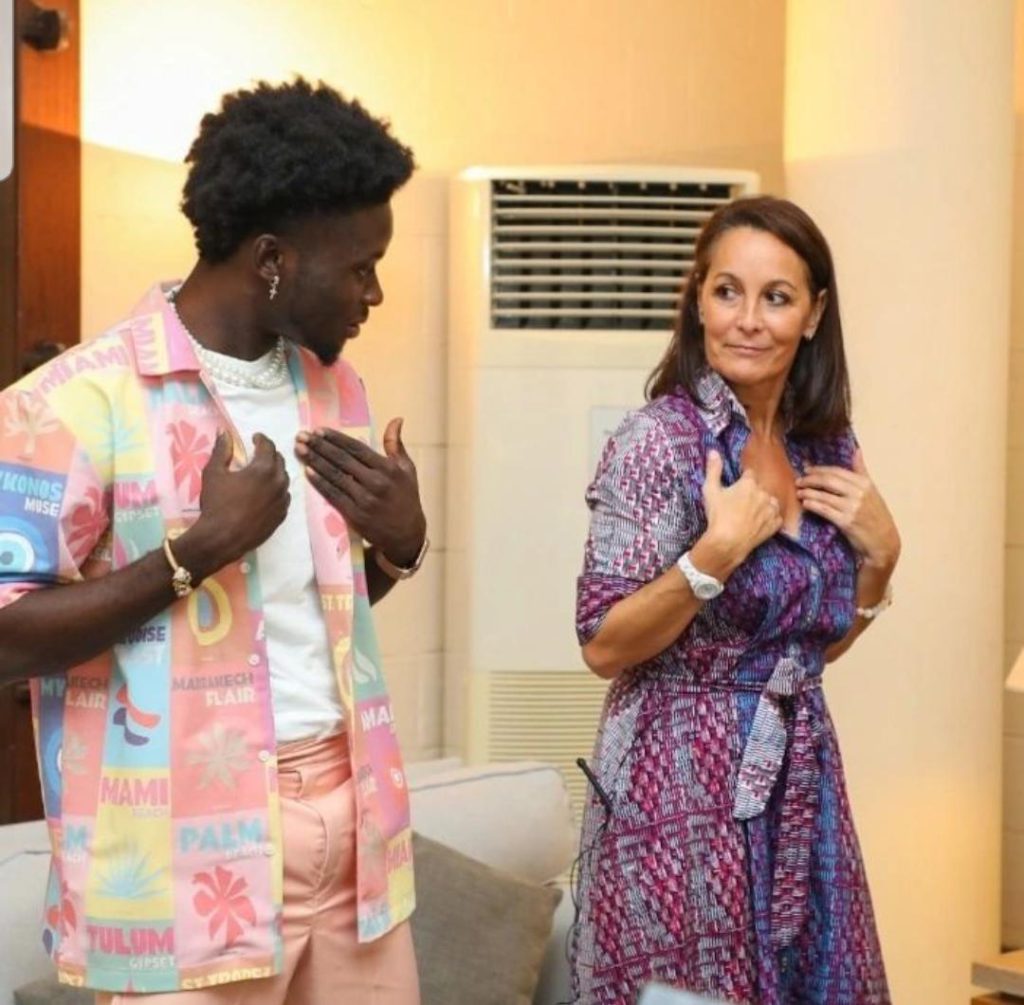 “How would YOU feel if you met one of your favourite artist, get to celebrate his 25th birthday, get spoilt with a beautiful gift, learn the dance moves of his new song Fire Fire and discover in avant première the music video ? It made my day! I mean my week! My month! It was an amazing moment! @kuamieugene is an extraordinary personality as well as an incredible artiste, he is an inspiration for the Youth.
Ghana  to the world.”

Aunty Akosua loves the smell of Twitter-not the trouble it brings.  However, she felt comfortable reporting back to her followers about meeting the artiste. After all, when she was in desperate need to meet him, she turned to her followers for a solution. And now that her wishes had been met, it was time she also honoured hers, and the only platform to do that will be through the means she used in getting her request across.

It has to be said, though, that Aunty Akosua did not anticipate the volume of visa requests that was going to be directed at her.  To her mind, maybe, one or two requests will be ok. She may then look on as people trying to be funny. Which means she could have the liberty to just laugh them off as one of the jokes this country is blessed to have. After all, the assumption is that the culture on social media allows for such. But not when it comes to visas that could potentially take one from Ogyakrom’s baking heat into the cold of France. Conversations about visas especially to the western part of the world are held under strict secrecy and with emotions attached to them.  Even the most disrespectful and arrogant Ghanaian visa applicant behaves like an angel within the confines of embassies.  Snare at him or her and the response will be one of meekness.  That is how serious we take our visas.

However, it appears Ambassador Akosua did not get this memo from her Ghanaian workers at the embassy, or whoever that she took over from. No wonder the requests for visas are not only strange to her but overwhelming. Speaking in an interview on Joy Prime, Aunty Akosua pleaded for people to stop harassing her for visas on social media.

Again, Aunty Akosua said the acquisition for visas is done remotely once it has been approved, their role is to then print the VISA and stick it in peoples passport.  One may say this is fair enough but, those she said harassed her for visas do not want to hear this explanation, legitimate as it may be or sound. They want VISAS and as the Ambassador of France to Ghana, you should be in a position to make that happen. No excuses or explanations.

After all, in Ghana, nothing is for free.