'Case for abolition of jury trial in Ghana' - By Ahumah Ocansey 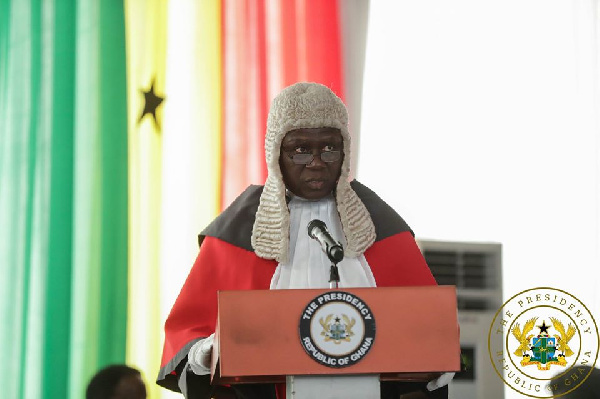 Ghana inherited its legal and judicial systems from the United Kingdom (UK). Its criminal jurisprudence was also adopted from the English.

One of the features relates to trial by jury of criminals indicted for murder. In this article, we shall look at the operation of jury trial in Ghana and make a case for its abolition.

How is the jury selected and how do they prosecute their duties?

Ghana’s Criminal Procedure Code, 1960 (Act 30) has the provisions on the jury.

The jury is a body of seven ordinary but educated persons who, subject to the directions of the judge, decide the guilt or innocence of an accused in a case tried upon indictment.

Indictment means the accused has been preliminarily examined by the magistrate as to his guilt or innocence, and when he is found to have a case to answer for his conduct, the magistrate makes a case to the attorney-general who, in turn, prepares a docket on the accused, stating his crime and charges, summary of evidence to be given, by whom and the exhibits to be used at the trial.

The full statement is known as a Bill of Indictment.

When the time for the trial comes, the names of the persons are placed in a ballot box and seven names drawn in the presence of the accused.

He has a right to object to any of them, without giving reason. When the seven are set, they are empanelled and sworn in. They choose a foreman, their spokesperson.

At the end of the trial, the judge sums up the case and directs them on the law. The jury then retires into chambers and comes back to give its verdict.

The verdict must be unanimous.

The jury is invited by the judge to deliver the verdict. Then the bombshell: “Guilty”! or “Not guilty”! As swift as thought, either fear of death suffocates the emotions of the accused, or joy cuts through him, and he weeps for sheer freedom!

We lawyers share in the emotion of our clients, though we do our best to control it. In a jury trial I did at Fast Track Court 5 in the 1990s, I was standing, facing the judge, the accused behind me. The verdict went against my client.

All I heard was a thud. I turned sharply around; there was the accused: a heap of contorted flesh on the floor!

My bladder instantly filled with urine; I held on tightly, lest I emptied it then and there!

Why did the English create trial by jury? Trial by jury was introduced into England by the Normans who invaded England, then called Saxon, in 1066.

Its historical significance has been stated by one of the luminaries of the British judiciary, William Blackstone.

He wrote over 200 years ago: “But the founders of English laws with excellent forecast continued, that no man shall be called to answer to the King for any capital crime, unless upon the preparatory accusation of 12 or more of his fellow subjects, the grand jury, and that the truth of every accusation, whether preferred in the shape of indictment, information or appeal shall afterwards be confirmed by the unanimous suffrage of 12 of his equals and neighbours, indifferently chosen and superior to all suspicion.” (Commentaries on Laws of England, Book IV, pg 349).

A very remarkable and amusing event showing the independence and integrity of the jury is narrated by Lord Denning in his book: Landmarks in the Law. I’ll reproduce it.

“On September 3, 1670, there was a criminal trial at the Old Bailey, London, where two Quakers (a religious sect), William Penn and William Mead, were tried for causing an unlawful and noisy assembly.

They were tried by a jury of 12 persons.

The recorder (prosecutor in those days) directed the jury to return a verdict of “Guilty”. They refused. They said “Not guilty”.

William Penn implored the jury: “You are Englishmen, mind your privilege, give not away your right.”

The jury refused to change the verdict. The recorder punished them. He locked them up without food, fire, water and chamber pot for two nights. The jury did not budge!

When the jury refused to change the verdict, the recorder fined them £26 each and hauled them into Newgate prison. Such great souls! Such courage and integrity!

William Penn and William Mead eventually won their freedom and the jurors were released by the chief justice on a writ of Habeas Corpus (produce the body) filed on behalf of the jurors.

Finding England intolerant of religious freedom, William Penn left for America and founded the State of Pennsylvania. There goes a little history for you!

In part two of this article, we shall answer the question: What is wrong with jury trial in Ghana?

The writer is a lawyer. E-mail: akwesihu@yahoo.com