Coups dâ€™etat: A terror on nations, citizens and condemnable, I am a victim 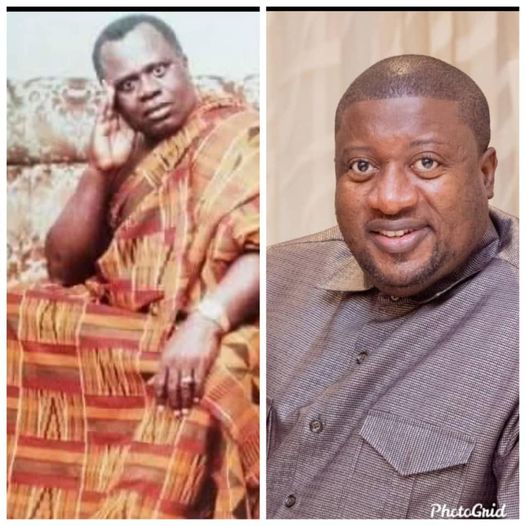 As a young child, I was not spared with the trauma and fearsomeness associated with the related consequences and excesses of the coup dâ€™etats staged by the AFRC and PNDC between 1979 to 1991.

My late father, a successful businessman, Mr. Edward Osei Boakye, known to many as *Boakye Mattress* was a household name in the business community in Ghana at the time with many companies and the varied number of investments in Ghana and across Africa with a large pool of employees. Businessman E. O. Boakye was the only Ghanaian who first wholly established a Mattress and Foam Factory in Ghana in the 1960s.

He then expanded his businesses through joint ventures and other partnerships with Vitafoam of Nigeria and many other West African Companies. In the 1970s, Boakye Mattress built the first fully-serviced private hospital (now the state-owned Police Hospital). He also had commercial property developments, houses and apartment blocks( FC Cosmetics Building, for instance) in Accra and Kumasi.

Despite all his contributions to the Ghanaian economy, he was politically hounded and chased out of all his businesses ; and his immediate family was forced to leave in fear and persecutions when the PNDC coup dâ€™etat violently erupted.

In a matter of the military uprising, however, by all accounts, my dad became one of the many casualties of the PNDC Coup. His businesses were grounded due to political witch-hunting.His great vision as a sought-after businessman was truncated abruptly.

For me as a child, I grew up without a father, I couldnâ€™t set eyes with my father because he was in exile for about 15 years.

The harrowing tales told then, nerve-racking and shocking revelations that came out during the year 2000â€™s National Reconciliation Commissionâ€™s public hearing alone should be the major reason any Ghanaian seen supporting, rooting for , praising and welcoming coup dâ€™etats should be condemned outrightly.

The unlawful detentions, serial abductions, torture, violations of human rights of wealthy and influential persons in society, brazen thirst for collapsing businesses owed Ghanaians who were deemed as opponents(in the case of my dad), civil unrests, violent protests have been the character of all the numerous coups which has happened in Africa since 1960s till our current democratic dispensation.

Itâ€™s an admissible fact that, sometimes, there are undercurrents and remote causes that set the stage for the military to topple governments but the crux of the matter is that, ousting democratically elected governments amidst the chaos and potential national instability should never be the best panacea to the supposed â€˜Nationalâ€™ hues and cries as compared to resolutions through diplomacy and dialogue.

I could go on and on about the repercussions and heart-wrenching memories that Ghanaians share anytime coup dâ€™etat is mentioned in our national discourse but having being a direct victim of coups, I would unreservedly and relentlessly use every opportunity given to call on the nation wreckers ranting and chanting for coup dâ€™etat in Ghana to desist from it and refine their thoughts accordingly.

It is recklessly reprehensible, morally unjustifiable, and sheerly amounts to cluelessness if only coups become the major solution to National upheavals and problems. My principle on any day as a trained Lawyer and Ghanaian is that democratically and constitutionally mandated governments should be allowed to represent the people at all times. All persons and groups associating, celebrating and welcoming coup dâ€™etats are nothing shot of nation wreckers!

At a time that Ghana is this peaceful, I have always felt that words and statements that has the propensity to incite and inflame passions and fuel electoral war should not come out from former President Mahama. But, shockingly his recent outbursts on the â€˜do or dieâ€™ analogy positions him as a man who believes in violence. I call on all well-meaning Ghanaians to condemn his irresponsible and reckless statements and call him to order.