Does the First Lady get a salary? Hereâ€™s how much Jill Biden will make as FLOTUS 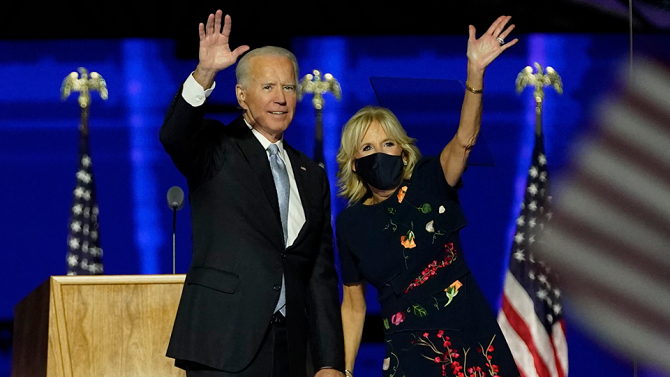 We know the President and the Vice President of the United States receive salaries, but how much does the First Lady make? Jill Bidenâ€™s pay as FLOTUS may surprise you.

How much does the First Lady make?

According to Metro, former President Barack Obama has also confirmed that the FLOTUS is not paid. â€œMichelle would point out first ladies get paid nothing. So thereâ€™s clearly not equal pay in the White House when it comes to her and me,â€ he'd said, referring to his wife, Michelle Obama.

Thereâ€™s a reason that FLOTUS isnâ€™t paid. The First Lady isnâ€™t elected unlike the President or Vice President of the United States, so the FLOTUs isnâ€™t an official government employee. In fact, many First Ladies have given up their previous jobs to support the president. According to Closer, Michelle Obama earned $273,618 per year as an executive at the University of Chicago Hospitals before she quit to become the First Lady. Hillary Clinton, the wife of former President Bill Clinton, also left her job at Rose Law Firm in Arkansas when her husband was elected. In an interview with CBS News in 2020, Jill Biden confirmed that she plans to keep her job as an English professor at Northern Virginia Community College in Annandale, Virginia, when she enters the White House. If we get to the White House, Iâ€™m gonna continue to teach,â€ she said at the time. â€œItâ€™s important, and I want people to value teachers and know their contributions and lift up the profession.â€

That said, while the FLOTUS doesnâ€™t receive a salary, she still gets a lot of perks as a member of the First Couple. Along with the presidentâ€™s $400,000 salary, the POTUS also receives a $100,000 travel account, $19,000 for entertainment and a $50,000 expense allowance. Further, the First Couple has tons of White House perks. For one, transportation is free in the presidential limousine, Marine One or Air Force One. There are also more than 100 permanent residents in the White House, including an executive chef, an executive pastry chef, maids, cooks, a plumber, a florist and a head housekeeper. Plus, thereâ€™s a movie theatre and a bowling alley also in the White House.

What does the First Lady do?

In Jean H. Bakerâ€™s â€œGive First Ladies a Salary and Expectations,â€ the historian wrote that being the First Lady is â€œa full-time, all-consuming jobâ€ with duties, such as running the White House, advising the president and promoting causes, according to Metro. Like the president, the First Lady also has to be on duty 24/7. According to Salary.com, the First Ladyâ€™s job description includes the following roles: nonprofit program executive, communications executive, events director, secretary to the CEO and interior designer. So while she may not receive a salary like the POTUS, the First Lady still has a lot of work to do when she enters the White House.