Ebony died from an accident, not depression 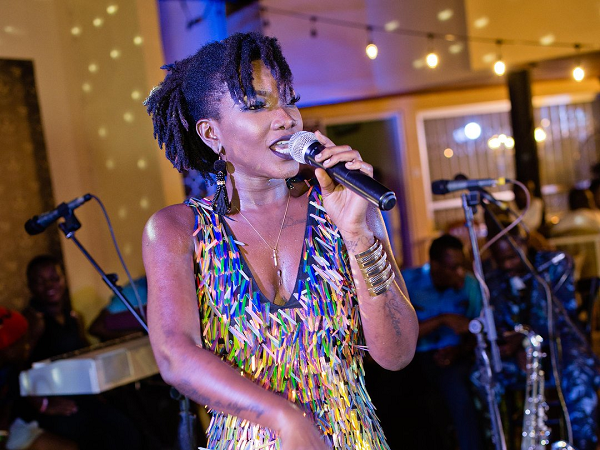 The death of Ghana’s sensational dancehall artist has generated a lot of debate on the airwaves and I believe the time is ripe for us to put aside sentiments and look at the cause of her death in a dispassionate fashion.

In this country, when something happens, we always allow emotions to take the lead instead of looking at the issue head-on and finding a way to deal with in future.

So far, the villains identified after Ebony’s death include everyone who criticized her while she was alive.

While Ebony was alive, anyone had the right to criticize and whoever did that doesn’t need to regret doing so now that she is dead. Of course, the condemnation and pronouncement of judgment have no place in criticism because genuine critics have the objective to make the person better.

Almost all the people who had qualms with Ebony wanted her to focus on the enormous talent she had because they felt the focus on her nudity was taking the shine off the gift she had. This is a fact.

Those people would have loved to see Ebony mature into one of the finest of our time. I personally tipped her to topple all our female artist because to me she was so good but was being projected the wrong way and desperately so even though it worked by way of business in the short-term.

In view of this, the attacks on her critics after her death and not when she was alive is needless, makes no sense and in itself hypocritical. Now let see if Ebony died from criticism. Cause of death.

THE HEAP OF SAND IN THE MIDDLE OF THE ROAD

What we should be talking about is how the heap of sand got in the middle of what’s supposed to be a highway. Why has the contract remained uncompleted after over six years since commencements?

From eyewitnesses account, a few hours after the accident occurred, another car was involved in an accident at the same place. They survived injuries because the car wasn’t at top speed.

The contractor to the best of my knowledge has not been called to answer questions, the majority of Ghanaians don’t even know the constructions firm’s name. Instead, we are calling prophets from one church to the other for answers. God’s plan is never to replace common sense with spirituality.

I’ve seen an entire Church involved in an accident and lives lost as a result. Bad roads, poorly maintained cars, and careless driving are the cause of deaths on our roads: not God and not the devil either.

WHAT ABOUT CARELESS DRIVING AND DRIVING AT NIGHT

From what has been said so far and the extent of the damage, it is clear that the car could only have been at top speed and definitely not the best at that time of the day.

Admittedly, it is accepted to accelerate at a reasonable pace on highways, but everything should be within control in case something goes wrong. In view of this, the driver should answer some questions but more importantly, Ghanaians should be made to learn from this. Over speed kills and that drivers and passengers are more vulnerable at night. Most major accidents occur at night.

When accidents occur at night, casualties don’t get timely support and therefore saveable lives in most cases end up dying. Drivers driving at night should be wary.

Beyond that, it appears they decided to return the very day of the visit. Traveling distance from Accra to Sunyani is 374 kilometers (232 Miles). This should be about 7 hours and 30 minutes journey by road. If the driver drove for over 7 hours and had to cover same distance back to Accra on the same day, then your guess is as good as mine. Driving for over 10 hours in a day is enough to get Sampson tired to the point of not realizing that his wife Delilah can pass as an evil barber.

People doze off while driving and that could have accounted for not seeing the heap of sand far ahead.

Night driving is dangerous and so drivers should be careful when traveling at night. Suzy Williams, Terry Bonchaka and now Ebony all died at night through accidents.

WE MUST ALSO TALK ABOUT ROAD TOLL

The Road Toll to the best of my knowledge was instituted to help keep our roads in good shape. From eyewitness account, when Ebony’s car veered off the road to the opposite lane, the VIP driver moved aside to prevent a collision but the car which was said to be at top speed hit a big pothole and lost balance.

My knowledge of Sunyani to Accra tells me that in spite of meeting about 3 Road Tolls along that highway, there are so many potholes that are left to deteriorate to the detriment of commuters. When drivers meet their part of the obligations, the work is left undone by state actors who prefer driving big cars to solving basic problems.

A day will come, the citizenry will have enough and rise up against such ineptitude.

RESPONSE TO EMERGENCE AND TOOLS FOR SAVING LIVES

When the police were called to the accident scene, they could only lay hand on cutlasses to open the mangled car that had trapped lives in it. In the 21st century Ghana when over 30 bulletproof cars are purchased for the safety of our president and his team, when our presidential jet is the 6th most expensive jet in the world, police still use cutlasses to free trapped human from a mangled car. This is absurd.

In this country, people die every day due to poor response in emergency situations. The police, Fire Service, and all state issues in this area need to be resourced and it must be demanded.

The Media of which I have been a proud member since 2009 is failing this nation without knowing it. In other jurisdictions, the Media is used to shape the national discourse to place development at the center of everything. In our part of the world, the media is used to promote a selected few people.

There is an accident and the first group of people our media deemed fit to speak were prophets. This is so backward and shouldn’t have a place in 21st Century.

Spiritualizing everything isn’t helping us because most of our problems are common sense related. The Media, the 4th Estate of the Realm have a responsibility to set the agenda for the nation: a wrong agenda will keep us regressing

Additionally, shifting the blame to critics of Ebony while she was alive is another stupid agenda. While Ebony was alive, society had the responsibility to shape her. In my writing, I am bounded by society not to use some word. When I do, I deserve to be criticised. This is why she is being moaned than the others because she was not an everyday Ghanaian. Her influence was felt afar. We cry her lost more and criticise her wrongs more because she was not an everyday lady; she was Ghana’s best musicians in 2017.

Most of the times, criticisms are informed by love and Ebony was really loved. Response to her song “Maame Hwe” is a clear indication.

Ebony was a happy lovely girl who died in an accident which to me could have been prevented if all parties played their role well. We cannot lose sight of the issues that need addressing and blame the wrong people.

We get the wrong answers when we ask the wrong questions

She didn’t die from depression, she didn't commit suicide: she died from an accident