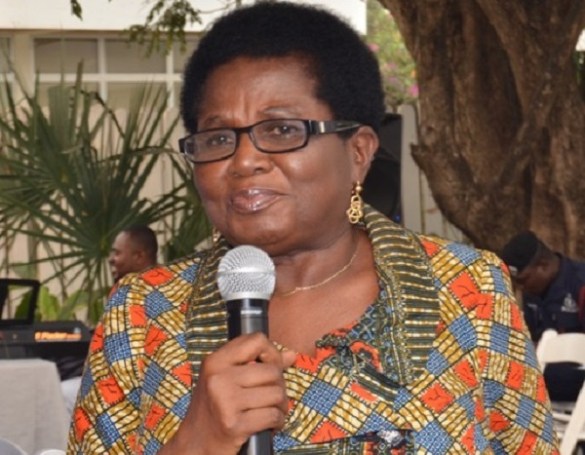 Last year, I wrote a column about Non-Governmental Organisations (NGOs), Civil Society Organisations (CSOs) and think tanks. I am revisiting the subject and I crave your indulgence if there is a lot of repetition.

The CSOs are currently very busy doing what they do best, which is to point out what the government is doing wrong. Since that is their self-appointed role, I wouldnâ€™t feel the need to comment but for the persistent fact that the CSOs appear to think that any criticism directed at them means one is against them.

I canâ€™t understand why it is okay for them to point out what they believe to be wrong and yet, someone pointing out what they might have gotten wrong is supposed to mean you donâ€™t want them to exist.

They say they are not party political, and they are openly disdainful towards those in politics, especially those in government. It is sometimes difficult to discern that they believe anyone apart from them serves Ghana or has good intentions towards Ghana.

They seem to operate on the general principle that governments are corrupt and ineffective and NGOs and CSOs are clean and effective. For what it is worth, I disagree.

Then there is the continuing determination to see all politics as corrupt and evil. Thus, people will go to great lengths to disclaim any connection with politics or political parties.

And yet many of the practices that we all frown upon in public life today were introduced into Ghanaian society by our sainted NGOs and CSOs. The business of paying people to attend workshops and seminars, for example, entered the public sector when these organisations started operating on a large scale in this country.

For years, the CSO community felt so superior, so special, they even found ways to avoid paying tax on their earnings.

Doubtless, there are some very bright and honest people within the CSOs, but there is no reason to imagine that simply because you identify yourself as a so-called â€˜politically neutralâ€™ person, you hold the patent on honesty and high IQs.

Now the suggestion seems to be that it is only these â€˜neutralsâ€™ who love Ghana, who work hard and who are honest. When they criticise a government policy, they would want us to believe no one had spent any time or energy thinking it through before it was announced.

Many of these organisations cannot count a dozen people as their members and they would want us to see them as repositories of all wisdom.

The question that must necessarily follow is who is paying the CSOs? Their donors tend to be foreign and not Ghanaian. Who are they accountable to, would it be to Ghanaians or to the source of their funding?

These groups now would have us believe that they are not only experts on every subject; they think everybody else, especially those in government, is dumb.

They are experts on the law, education, oil and gas, finance, banking, religion, health, agriculture, music, elections, literature, transportation and anything and everything else.

The Supreme Court gave a unanimous ruling and to hear the CSOs talk, all the judges who sat on the case were either stark legal illiterates or evil-minded nincompoops.

They have been loud in their lectures to the Bank of Ghana (BoG) on what to do about the banking crisis. I donâ€™t remember that they had anything to say when the problem was brewing.

For two years, 2015 to 2016, Dr Mahamudu Bawumia was the lone voice in the wilderness warning we had a banking crisis coming. The CSOs kept their mouths shut. When something finally was being done about the situation, suddenly they all knew what to do.

We have been in the midst of a pandemic for almost six months, every step that the government took to deal with the situation was said to be wrong. We were told the government was massaging the figures, health workers were said to be dying by the truckload.

When the schools were being opened to allow final-year students to complete the school year and take exams, these CSOs joined in the shrill campaign to suggest that the government did not care about the welfare of children.

One of them said infamously that the government did not mind on how many dead bodies it stepped, for as long as it achieved its political objective.

According to the CSOs, only a selfish government, intent on the pursuit of its political agenda, would want the voters registration and national identification registration exercises to be done in the midst of a pandemic.

They said they had checked the algorithms and it was impossible for the Electoral Commission (EC)â€ˆto conduct a registration exercise according to the calendar it had issued.

It is noticeable how quiet they have all gone on the COVID-19 front now. I wonder if their silence has anything to do with things not having gone quite as awry as they had sworn.

I do not suggest, of course, that we have seen the back of this unpredictable virus and we might yet have a New Zealand situation on our hands, but it would be charitable if one CSO were to admit that thus far, they have been wrong and the government position has turned outright. But that is, of course, too much to expect.

The most worrying part of the CSOs conversation now is the position they seem to have that any criticism of them should be seen as being against the existence of CSOs.

It would be helpful if the CSOs did not see every government action as venal. Life would be easier for all of us if a CSO with about 10 people in its books did not see itself as knowing all there was to know about everything.

It will be a happy day when they accept that criticising them doesnâ€™t mean you are against them. Strange how they dish it out, but canâ€™t take it.