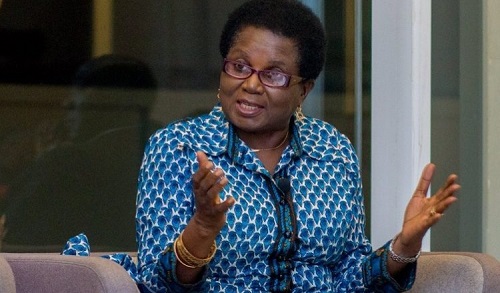 Last Friday, I became part of an interesting statistic when I turned 75. According to the breakdown of the national population figures of 2018, people my age and above constitute less than two per cent of Ghanaians.

When I turned 40 in 1985, I said at the boozy lunch we had that there was far more behind me than in front of me. At the time, I thought I had lived through a period of such dramatic changes that nothing could challenge the experiences of the period between 1945 to 1985.

I had been born into the British Protectorate of Western Togoland and much of the conversation of the old people was about the difference between the orderly Germans they used to be under and the British that now ruled them.

I started school in 1950 at Abutia Teti E.P. Primary School and was the youngest in my class. Everybody in the class came from that village. This past weekend, I discovered there are only four of us left of that group of children.

In our second year of school in 1951, we were joined by two girls who were much older than everybody else in the class; I found out much later that tuition had become free that year and some people had taken advantage and gone to school.

In 1952 every child in the school was given a coronation cup; I remember it as a beautiful plastic cup embossed with a picture of the new Queen Elizabeth 11.

I remember one of the books my father bought for me in 1952 and which ignited a lifetime of passion for reading. It was an Ewe translation of Jonathan Swift’s, Gulliver’s Travels. I remember the blue cover of the book with a picture of the huge Gulliver lying on the ground and the Lilliputians climbing all over him like ants.

I recall that from the time I was seven years old onwards, I used to write letters for some of my aunts. What would I not give to see one of those letters today, I cringe at the thought of my handwriting as a seven-year-old that would have addressed envelopes that were sent through the post office to people in the Gold Coast. But replies did come which I was called upon to read.

I remember a dance that was held in the biggest house in the village, there was a full-scale dance band and I saw for the first time, a slow-foxtrot dance. The scene of my aunt Sophia gliding on the cement floor with her partner was something to behold.

There was no radio in the village and I don’t think I had any concept of what a radio was.

I remember the move to Ho in 1954 when my father had graduated from the university and went to teach at Mawuli School and my introduction to electricity.

It was also the period of my introduction to politics in the plebiscite to determine whether the TVT, (Trans Volta Togoland) the current Volta Region, should be part of the soon to be independent Ghana or join the part of Togoland being administered by France.

I am not sure that I noticed the irony of the slogans of the two strands of politics in the region; there was FREEDOM for the Convention Peoples’ Party CPP people and ABLODE for the other side. The word for freedom in Ewe is ablode.

Then there was the rowdy group that entered Mawuli School back in 1958. I was still the youngest in the class and we came from a wide range of backgrounds and different parts of the country. There are not many of us left.

I remember the big upheaval in December 1958 when the family moved to Kyebi, or Kibi, as we knew it then, because my father and four of his colleagues were thrown out of Mawuli School and banned by the government from working in the Volta Region.

I remember the journeys between Ho and Kyebi from school and holidays.

An even more varied and different assortment made up the cohort with whom I entered the University of Ghana in October 1964. There was a record intake of females that year which doubled the female population of the university; and it would be fair to say we shook up the place.

I became a full-fledged anopheles in the three years as a university student at Legon. Kwame Nkrumah was overthrown in my second year and one of his ministers said famously that they the appointees and members of the government had all been “gaping sycophants”.

After graduation, I went to work with the then Graphic Corporation in September 1967 and was told by the Features Editor, I wouldn’t last, I was a female and a university graduate and both species don’t survive in news organisations, or so I was told.

I acquired the name Grandma when I started writing a column we called ‘Chat with Grandma’ in the Sunday Mirror, later to become The Mirror. The Grandma became such an integral part of me, the children of my friends would call me Auntie Grannie.

I became Editor of the Daily Graphic and it can be safely said that we shook up things quite a bit and I came close to death a few times.

One night in January 1982 on my way home from work, I heard on the car radio I should report at some military establishment in Burma Camp. I decided I wouldn’t and 10 days later, I left Ghana into what was to turn out to be 19 years of exile.

It was in London that I turned 40 in 1985 and I said there was far more behind me than there could possibly be ahead of me. Now 35 years later, it would appear I have packed even more in those years.

There were the three years of publishing and editing ‘Talking Drums’ magazine in which my two friends, Ben Mensah and Kofi Akumanyi, annoyed all the governments in West Africa.

There were 14 years of working with the BBC and getting to know and report from many parts of the Africa continent.

There were many highs, I was in Walter Sisulu’s home the night he arrived home from 27 years of imprisonment, I was there during the dramatic transition from apartheid, the historic elections and I had a strategic spot to witness and report on the inauguration of Nelson Mandela. I interviewed almost every African Head of State.

There were many low points, covering the wars in Somalia, Liberia and Sierra Leone would top that list.

I took unpaid leave to come home back to Ghana and join the campaign of the then Candidate Kufuor; he won a famous election victory and he appointed me into his government.

Computers and telecommunications have brought the greatest changes in my life.

I am glad that I remain permanently outraged and I can and do work out enough enthusiasm to state my opinions and also accept that I could be wrong. It has been quite a journey.