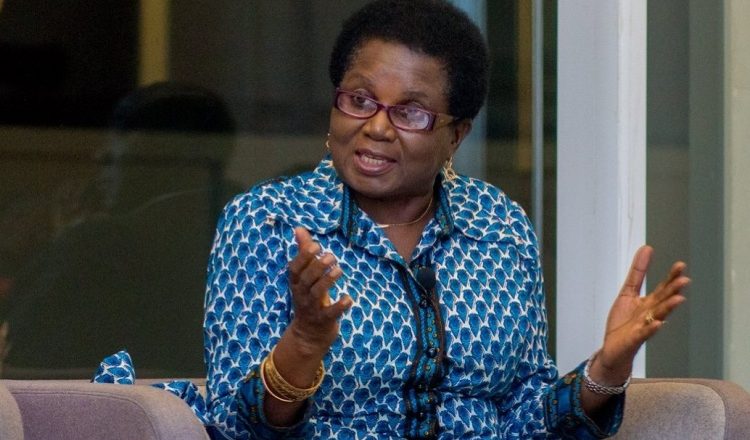 I am following the uproar generated by the special audit on the GETFund with a lot of interest. No prizes for guessing the source of my interest. I served for six years as a Minister of State at the Ministry of Education, and the GETFund was therefore very much part of my daily life during the period.

For the moment, I am reserving my comments on the findings of the Auditor General even though this is not my usual instinct. However, the current uproar does bring to my mind something that I have always found curious and this might just be the appropriate time to go public with it.

I am a great admirer of adult education and lifelong learning. The definition of lifelong learning makes you feel this is something that is good and we should all aspire to. Here is the definition, it is the “ongoing, voluntary, and self-motivated” pursuit of knowledge for either personal or professional reasons.

Now, nobody can be against that. But I wasn’t sure what to make of the sheer number of people in our public offices who take on full-time academic courses as they hold down or pretend to hold down full-time jobs.

I have always been anxious about the number of civil servants who enrol on academic courses and before long, proudly announce that they are now lawyers or Masters degree holders, and get promoted in their jobs at the same time.

Then came the phenomenon of people serving in government as Ministers of State and Deputy Ministers who enrol onto academic courses.

I am not worrying at this time where the funding for the courses comes from or whether the GETFund is sponsoring ministers or Members of Parliament (MPs).

I was intrigued about stories of some deputy ministers in very high profile ministries who were doing long-distance courses abroad and would travel to the universities every month for four days to meet onsite obligations of the courses.

Being a civil servant is a full-time job, or supposed to be, and I wondered how people found the time and the energy to do second and third degrees and become lawyers at the same time.

It seems to me, something will have to give; either the job suffers or the academic course does and more often than not, it is the job that suffers.

I acknowledge that there are institutions that have crafted courses that they claim can be done alongside holding down high-profile jobs; I refer especially to all the so-called executive programmes and some high-flying individuals are obviously able to take it all in their stride.

But it is my view that for the rest of us, regular, ordinary human beings, something always gives and it is more often than not, the job that suffers. I might also daresay that many of the qualifications and certificates awarded in these circumstances, are suspect and must be dodgy.

It was not always this way, it must be said.

The story is told about a deputy minister who was serving in Dr K.A. Busia’s government. He got an invitation for a trip that would take him out of the country for two weeks and he sought permission to go.

Prime Minister Busia is reported to have told his deputy minister that if he felt he could be away from the country and from his job for two weeks, then he was not needed for the job. That was the end of the trip.

Admittedly, those were the old, ancient times, before computers, before emails, Facebook, Skype, Hangout, smartphones that enable us communicate from wherever and send essays to all parts of the world.

In other words, maybe we should start worrying about whether people holding down high-profile jobs should be allowed to enrol onto academic courses.

Then we may not get into the problem of funding and whether the GETFund was an appropriate source.

When the state takes you on as a Minister of State, or Member of Parliament, or a civil servant, all the 24 hours of every day is taken and you cannot, and should not have time to do a Masters or whatever other course you might fancy. You cannot and should not pretend to do both.

An outbreak from afar

Something has got to take us. Since as human beings we would by all means die, we would have to depart this life through something. Some disease, or the other, an accident, and even if we go through what might be considered old age, your heart might simply stop beating and whichever way you choose to look at it, something will take you. I am therefore a great believer in the saying that something must take us.

But it looks like we all have a special fear of going with a crowd. Nobody wants to die in a disease that kills a lot of people in one go. Not in a pandemic please.

I have not yet seen or read about anyone claiming to have the cure for the Coronavirus, or to call it by its proper, WHO-sanctioned name, COVID-19.

None of the usual suspects who would always want us to believe they have cures for every disease, has so far made any claims. There is no priest or prophet or herbal medicine man that is saying a cure can be found at their prayer camps or treatment centres.

Thus far, and holding our collective breaths and crossing our fingers tightly and touching all the wood, our continent has been spared.

This is quite a change from the normal routine when all outbreaks of diseases are said to originate from Africa. It is such a relief that we are not the targets to be avoided and to be prevented from entering countries because we might be carrying the infection with us.

I don’t know if it is simply because we have not been identified to be stigmatised in this outbreak, but apart from the airport, I don’t get the feeling that we are taking the necessary precautions. We are not washing hands or using sanitisers or refraining from shaking hands as everybody tried during the Ebola outbreak. There is no sign that people are taking extra care with their personal hygiene.