Emergency contraceptives: A contributing factor to the high prevalence of HIV in Ghana 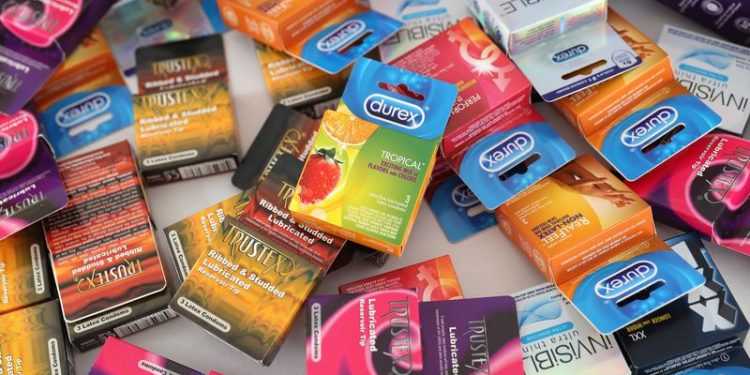 Over the past decades, several measures have been introduced to prevent or reduce the spread of sexually transmitted infections (STIs), including HIV globally.

Despite these efforts, the majority of young adults are still vulnerable to STIs/ HIV. This pervasive problem is commonplace in sub-Saharan Africa.

Like some other countries in sub-Saharan Africa, Ghana has been documenting new HIV cases in the last decade, with young adults being the most affected. In 2014, over 150, 000 people were infected with HIV, and the prevalence rate was estimated at 1. 37 per cent.

In 2019, the HIV prevalence rate was 1.69 percent, and the HIV/AIDs population was reported at 320,992, with half of this number being females between the ages of 15 and 49. Anecdotal evidence suggests that these grim statistics are likely to underestimate the prevalence and incidence of the HIV pandemic because of underreporting of HIV cases and poor compilation of data at the national and regional levels. This requires immediate attention, particularly in an epoch, where all heads of states and governments have approved a sustainable development agenda of leaving no one behind.

In the absence of HIV vaccines, condom use in sexual encounters has been identified as the most effective method for HIV prevention.

Condom use is recognized globally for its dual purposes of preventing HIV/STIs and unplanned pregnancies. However, there is increasing low and inconsistent use of condoms among young adults in the Ghanaian context. While several complex interacting factors are attributed to low condom use among young adults, a significant driving force underlying this problem is the use of emergency contraceptives.

Emergency contraceptives such as postinor-2 contain hormones, which are taking before or after sexual intercourse to prevent unwanted pregnancies. Anecdotal evidence suggests that young adults increasingly engage in unprotected sex because they can avoid unplanned pregnancies with these contraceptives.

They can prevent pregnancies, not STIs/HIV, unlike condoms which can both protect against unplanned pregnancies and HIV/STIs. This is because STIs/HIV are triggered by direct contact with secretions and skin during sexual intercourse.

That is, contact and friction between the penis and the vagina, and the exposure is high when the sex organs have suffered lacerations.

Low condom patronage/usage is likely to help sustain the HIV pandemic and other STIs, which may result in damaging consequences. While low condom use may result in consequences for individuals, its occurrence is also a severe social problem. For instance, the spread of HIV/STIs is a public health problem, which can undermine socio-economic development and the chances of attaining the newly set sustainable development goals.

To promote condom use for STIs/HIV prevention in Ghana, a combination of the following strategies must be employed. First, governments, stakeholders and health promotion agencies must embark on constant sensitization programs regarding the effectiveness of condom use in preventing STIs compared to emergency contraceptives. Young adults, especially females, should be made aware of the risks and vulnerabilities involved in contraceptives usage.

This must be done in collaboration with the media through various dialects in which young adults can speak and understand. Through this, young adults may respond adequately to health promotion information. Media houses should incorporate this subject matter into their daily programs and invite health experts to talk about the benefits of condom use in sexual intercourse occasionally. Media campaigns and discussions would help enlighten young adults on the need to use condoms in sexual encounters.

Second, young adults must be educated about STIs prevention strategies, including condom use, in their formative years before they become sexually active. Parents, teachers and religious leaders must not shy away from educating children about the dangers associated with unprotected sex.

This should be combined with planning community-level programs to nurture positive attitudes towards condom use. Moreover, governments should impose high taxes on emergency contraceptives to reduce their importation. High taxes on emergency contraceptives will automatically make them expensive to purchase, thereby discouraging young adults from patronizing their use. Other strategies necessary for promoting condom use include providing young adults with rich information on STIs/HIV, challenging traditional masculine risk behaviours and enhancing condom-associated communication services. Besides, high-quality condoms for both males and females should be made available at health centres to be accessed freely across the country.

The condoms provided should be of different sizes (length, width and girth) rather than the usual one-size-fits-all, as standard-sized latex or non-latex condoms may not stretch to fit all penises or vaginas. Sex can be unpleasant without the right condom size and may discourage condom use in sexual encounters.

It is also essential that governments should adopt the strategies employed by other countries to promote condom use for STIs/HIV prevention. Overall, low condom uses, and STIs/HIV are complex issues that require multi-sectoral and integrated approaches, including scientific, social research, to understand better their occurrences and consequences and design practical solutions to address them.

Governments, stakeholders and health promotion agencies must adopt more binding procedures and engage in collective action to promote condom use among populations, including young adults, to prevent or reduce HIV infection in Ghana. While condom use is useful for STIs/HIV prevention, it also indispensable to educate people on how to use condoms correctly and the things to check for such as expiry dates when buying condoms to prevent the risks of STIs/HIV transmission.