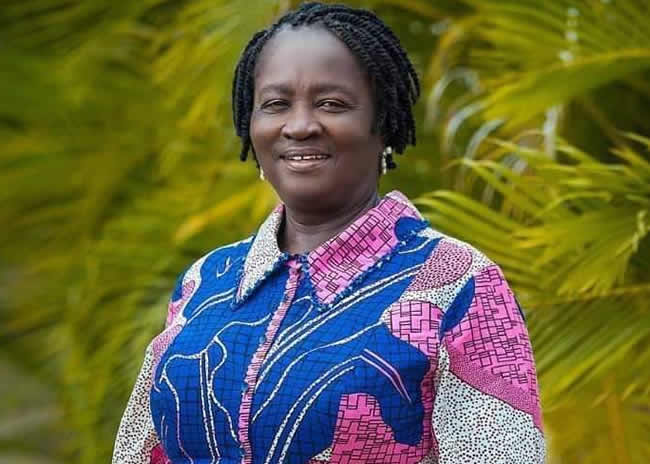 It means a lot.

Generally, it means the same thing that the male Presidents and Vice Presidents have meant and still mean to our boy children: a role model they can identify with through gender and physique, a source of hope and inspiration that they can also become top leaders when they work hard and are diligent, and a symbol of possibility that a dream to lead Ghana or an organization is not just a series of thoughts recurring in their sleep but something that can become real.

This is partly why the appointment of Prof. Naana Jane Opoku-Agyemang as Running Mate to the National Democratic Congress's (NDC) Flag Bearer, Mr John Dramani Mahama, for the 2020 December polls, should mean more than just another historic feat in our democratic and human capital development journeys.

Despite our unparalleled feats in the area of democracy and sociopolitical stability, Ghana is yet to break the proverbial glass ceiling that will allow a woman to occupy the highest or the second highest positions of the land -- the President or the Vice President of the Republic of Ghana.

Until Prof. Opoku-Agyemang's selection this year, the most basic of the requirements to becoming a President or a Vice President, which is by merely attempting to occupy that seat, had not been potently made by the female gender.

The female Presidential or Vice Presidential candidates before her were and are either from parties that had (have) never won political power and/or had (have) failed to make their way onto the ballot box since 1992.

This is not good for gender equality and equity, the two words that may mean less in theory but everything in reality.

From research to practice, it is abundantly clear that having more women leaders at the top of political decision making increases the number of women participation in politics at the base and nation building as a whole.

It also enables more inclusive decisions from the top, something that is needed to help bridge the economic gap and other sources of disparities between the male and the female gender, the north and the south divide and the haves and the have nots in the country.

Many feminist theorists also argue forcefully, and rightfully so that having more women in leadership reduces the possibilities of conflicts, political witch hunting and human rights abuses in a society.

Given the acidic and vengeful nature of our sociopolitical environment currently and the implications on the economy, there's no gainsaying that the country needs that stabilizer of a woman leader now than ever.

It will not only refocus our energies on the things that matter most -- reducing child mortality, ensuring safe pregnancy and delivery, eliminating childhood killer diseases, finding decent shelters and jobs for the aged and the young respectfully and generally equalizing opportunities for all -- it will also help to dowse the unnecessarily hot temperatures in our political space.

The case for a female President or a Vice President is even more forceful when one examines the structure of the population.

Beyond 57 per cent of the population are under 25 years currently, and more than half of Ghanaians are females. This underscores the overwhelming majority of the vulnerable population in the country.

With democracy referring basically to a rule of the people, by the people and for the people, one wonders why a nation that has more females than males will allow the minority gender to continue to lead.

How democratic can we claim to be when we have failed to allow the gender equation, which is as important in the numbers as it is in catalysing development, to manifest at the apex of political leadership for almost three decades?

What is even more disturbing is the abundance of talent and leadership qualities in the female gender as is the case too with the male gender.

The findings of a study published in the Harvard Business Review (HBR) on June 25, 2019, showed that women possessed and exhibited better leadership qualities than their male counterparts.

The study said women were rated as excelling in taking initiative, acting with resilience, practicing self-development, driving for results, and displaying high integrity and honesty.

"In fact, they were thought to be more effective in 84 per cent of the competencies that we most frequently measure," the study revealed.

Here in Ghana, women talents abound, with Prof. Opoku-Agyemang and her impeccable records as a lecturer, the first Vice Chancellor of a public university in Ghana and the Minister of Education, among others, being one of them.

Because of years of sustained positive activism, the creation of equal opportunities and the deliberate, albeit insufficient empowerment of females, the country is blessed with a variety of female talents that can make great Presidents and Vice Presidents when given the support that their male counterparts have been getting all this while.

What we now need is a psychological reorientation that will open our eyes to the many benefits there are in having a woman President or a Vice President.

We have done well by having a female Chief Justice on two occasions and a Speaker of Parliament on one occasion. But, is that all that there is for the female gender to contribute to development?

While Prof. Opoku-Agyemang's appointment as a Running Mate may be unprecedented, it has been long in coming, in essence and for the wider purpose that it serves, outside of the 2020 political campaign season.

The country, especially persons committed to us having presidential role models for the girl child, must now fight together to actualize it for the gains to be realized.

At a time when women representation in decision making is rising globally, as evidenced by reports from the United Nations and the World Bank Group, Ghana has another opportunity to emerge as a great contributor to equality through a female Vice President.

As she herself has said before, what matters is not being the first to walk through the door: What matters is leaving that door open for many others to pass through and her track record in public service speaks to this.

But we cannot have our girl children walk through an attempt-to-open door. They can only walk through an opened door; one whose opening means more than just an opportunity for gender equality and women empowerment.

Quote
How democratic can we claim to be when we have failed to allow the gender equation, which is as important in the numbers as it is in catalysing development, to manifest at the apex of political leadership for almost three decades?

The author, Seidu Agongo is a businessman and philanthropist, with special interest in women, children and the underprivileged. He's the founder of the erstwhile Heritage Bank Ghana Limited.