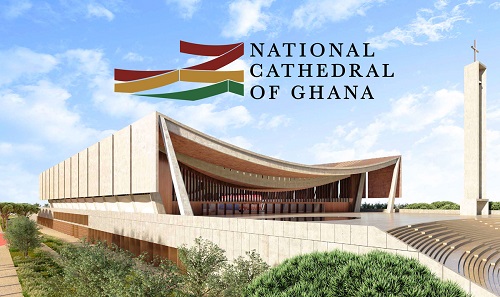 “When they had come to Capernaum, those who received the temple tax came to Peter and said, “Does your Teacher not pay the temple tax?” He said, “Yes.”- Mathew 17:24-25

And for a very long time in history, the world has been “rendering onto Caesar, what belongs to Caesar” Mathew 22:21.

I am a Christian and I don’t want the National Cathedral project to stop. So how should this project be funded? The funding of the House of God has never been an issue in the past and so should not be for the children of God today. It is therefore proposed that Government introduce special tax on churches to be known as National Cathedral Construction Levy (NCCL) over 5-year period. This levy will be levies on churches according to their location (branches) and the number of memberships. For instance, a church with two branches, each branch/society/congregation will be assessed separately. The assessment should not be based on the national or headquarters level.

There are several reasons why this special tax is necessary.

“The Lord said to Moses, “tell the Israelites to bring me an offering. You are to receive the offering for me from everyone whose heart prompts them to give. These are the offerings you are to receive from them: gold, silver and bronze; blue, purple and scarlet yarn and fine linen; goat hair”. Even during the wilderness, the children of Israel contributed to the BUILDING OF THE HOUSE OF GOD”.

In the Gospel account in Mathew 17:24-25, we read of the story where Peter was approached by one of the tax collectors of the temple tax to help support the public temple expenses. The temple tax were monies collected and used to defray the expenses of worship. After the matter came to the attention of Jesus and in order not to break the rules governing the collection of the temple tax, Jesus instructed Peter to go to the lake catch a fish and the first fish Peter catch, he should open its mouth and remove the money needed to pay for the tax. Lo and behold, Peter miraculously caught the fish and got the tax money. Surely Jesus will help the various churches to raise tax money that will be imposed to complete the National Cathedral.

The 1992 Constitution guarantees fundamental right to every religion of choice. Article 21(c) provides that all persons shall have the right to freedom to practice any religion and to manifest such practice. The 2021 national population estimates that, Christianity is the largest religion in Ghana, with 71.2% of the population followed by Islam with 17.6% of the population. Traditional faiths account for 6.2%, and the remaining 4.1% are classified as unaffiliated, which can mean agnostic, atheist, or “nothing in particular.” If the National Cathedral largely signifies Christian faith, then, the cost should not be funded from the Consolidated fund. Presumably, if Traditional faith Ghanaians decide to build a shrine, will this be funded from the Consolidated fund? I have heard others say the National Mosque was not funded by government and so should the National Cathedral be funded by government?  Ghana has enjoyed religious tolerance ever since but clearly funding the national cathedral is not in the right direction.

Churches in Ghana enjoy partial exemption on their income largely from tithe, offerings and donations. They are however liable to pay tax on their business income. They are also under obligation to withhold taxes on the salaries and allowances paid to church workers and employees. Since churches don’t pay any tax as an organisation, introducing one time special tax over a 5 year period on churches for the construction of the National Cathedral is not out of order.

Introducing special tax on churches will not be the first time Ghana is doing such thing. When it became necessary to salvage and pay for the banking crises, government introduced special tax on organisations in the banking sector at the rate of 5% on profit before tax. Again, the National Fiscal Stabilization levy was introduced on organisations such as telecommunication, banks, insurance, breweries etc. If these organisations could be levied to raise fund to “stabilize” the economy, the special tax could be imposed on churches to construct the national cathedral.

DURATION OF THE TAX

The Tax should be over a period of 5 years. After the 5 years

The Ghana Revenue Authority, with the help of various District Assemblies should be responsible for the collection and accounting for levies. The taxes must be levied on each branch. The head office could assist the GRA with relevant data on the number of branches. The District Assembly will provide data on churches within their localities for assessment the levies. GRA will determine the mode of filing of returns. Surely being a church, information provide for purposes of assessment will be nothing but the truth.

OPPOSITION TO SPECIAL TAX ON CHURCHES

It is unlikely that the Christian community in Ghana will oppose any source of funding for the National Cathedral. I conclude with Nehemiah Chapter 4:1-6

It is expected that, the Board of Trustees of the National Cathedral will take the proposal up and in consultation with Parliament and the Ministry of Finance, the relevant proposals and Bills will be presented to Parliament for consideration.

The writer is a  Tax Consultant