'Lost in the haze' by Elizabeth Ohene 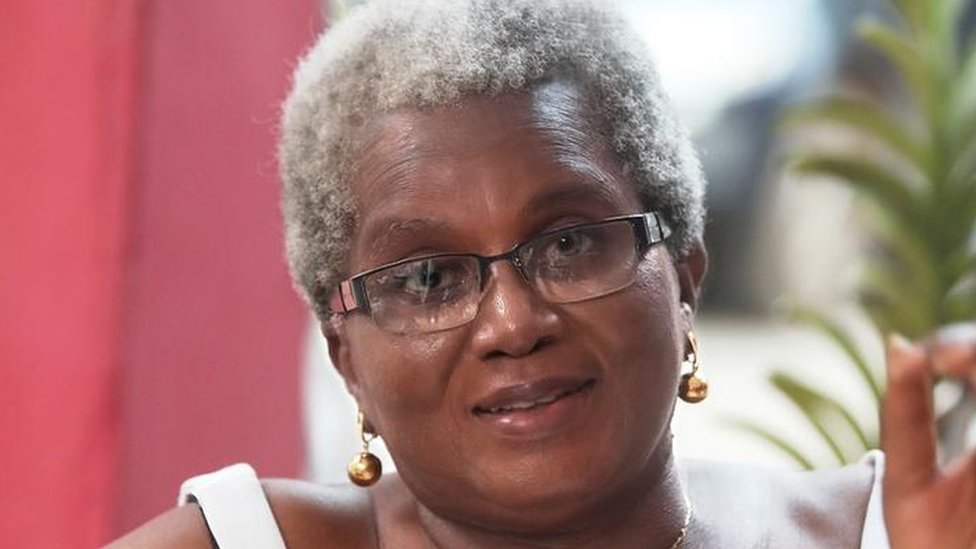 Praise we the glorious names we know

And they whose names have perished.
Lost in the haze of long ago,
In silent love be cherished.
I recently read a well-researched article on Hannah Kudjoe that brought home to me my favourite verse in the famous hymn that urges us to Now Praise Great and Famous Men.

Who is Hannah Kudjoe, I hear most people ask. The article on Hannah Cudjoe certainly reminded me, if I needed any reminding about â€œthey whose names have perished.

This article by Jean Allman was published in 2009 in the Journal of Womenâ€™s History, Vol. 21, No 3 and I recommend it highly to all.

The author starts from the premise that females have a tendency to be written out of history generally and out of political history in particular.

The article starts with a reference to the celebration of the 50th anniversary of Ghanaâ€™s independence in 2007:

â€œYet nowhere among those commemorated was the name of a single woman. Nowhere, indeed, was the name of Hannah Kudjoe, or â€œConvention Hannah,â€ as she was once knownâ€”the only woman to participate in the founding meeting of Ghanaâ€™s first mass nationalist party, the woman who single-handedly mobilised rallies (often illegally assembled) up and down the country, as she led the massive petition drive for the release of the â€œBig Six.â€ Two days after the Independence Jubilee, on March 8, 2007, Ghana celebrated International Womenâ€™s Day with the opening of a large photographic exhibition dedicated to the great women of Ghanaâ€™s past and presentâ€¦â€¦Again, Hannah Kudjoe was nowhere to be foundâ€.

I was involved in the planning and staging of the Ghana@50 celebrations and I couldnâ€™t for the life of me understand how I could have forgotten about us, including Hannah Kudjoeâ€™s name in the roll of personalities who played important roles in the years leading to Ghanaâ€™s independence and the years soon after.

But then if you read this article I am referring to, you would notice that Hannah Kudjoeâ€™s name â€œhad disappearedâ€ even before the overthrow of Kwame Nkrumah, just in case someone is tempted to offer that as the reason.

And yet the truth is if you grew up in the 1950s and 1960s Ghana, Hannah Kudjoe would have been one of the names that you would have heard on a daily basis.

Today, there are probably many people reading this and wondering what I am going on about and asking who Hannah Kudjoe was and why the name should be of any interest to them.

I recognise I belong in an age group where we are in a very distinct minority in this country. I recognise that names and events that might seem to me like every day names and events might be completely unknown and of no interest to the young people.

I am therefore careful not to make assumptions about names and events. I accept that the names that mattered to me and my age group would not mean very much to people of today.

All things considered one would imagine that the great and famous would survive a few generations even if we do tend to be strangely unpredictable in the choice of our heroes and heroines.

Who would have thought, for example, that in the year 2021, the name Ashley-Lassen would be unknown to a leading media practitioner in Ghana?

I recently watched in disbelief as one of our very famous anchors struggled on television to pronounce, never mind, identify the name of Air Vice Marshal Napoleon Yaovi Richard Ashley-Lassen, once a Chief of Defence Staff of the Ghana Armed Forces and twice, Chief of Air Staff of the Ghana Air Force and a member of General Kutu Acheampongâ€™s NRC which was formed after the overthrow of the Busia administration.

Having listed all his names here in full, it would be easy to identify him as the Ewe that he is, and not wonder as the anchor did, if the name meant he was a Ga.

Indeed, I hasten to emphasise that Air Vice Marshal Ashley-Lassen is very much alive and a sprightly 87-year-old. Last heard from, he was trying to get his book published.

He certainly has a story to tell about his time as one of the elegant and sophisticated officers of the Ghana Armed Forces and would tell a tale or two about his beloved Air Force and then tell the story of his post Armed Forces life as a businessman and adventures in Guinea and other places.

Would the Ashley-Lassen name linger on in the consciousness of the public a bit longer if he had written his autobiography earlier and gone on a public relations blitz with the book?

If I am so surprised that some famous names have perished within my lifetime, I wonder what type of longevity I was expecting for them.

We are, after all, currently living the future Andy Warhol had predicted that everyone would be world famous for 15 minutes.

Surely, we cannot be expected to remember all the famous names once they have had their 15 minutes of fame.

Maybe there is no need to worry about names disappearing or being deliberately disappeared; once you have done your bit and the curtain has been called on you, it shouldnâ€™t really matter that you are forgotten and nobody remembers you.

Or would we agree on a different and more upmarket definition of those who are truly great and famous?

These days it would seem you are deemed great and famous according to the number of people who follow you on social media. You donâ€™t need to actually do anything.

I suspect the fame these people enjoy might be even more ephemeral than those who actually do something and their exploits are deliberately kept out of the limelight.

Throughout history, those who have been on the losing side of lifeâ€™s battles have always been written out of the story and their names are more easily obliterated by the dust of time.

Their often-unadorned stories might be far more interesting than those who stay in the headlines.

Having spent a lifetime in the news business, it is humbling to look back on the personalities and events that occupied our time and the reality of what has survived.

It is humbling to see the yellowing papers that announced the headlines for people whose names have perished in todayâ€™s world.

We should all try and spend some time in the archives. It helps to put things in perspective.