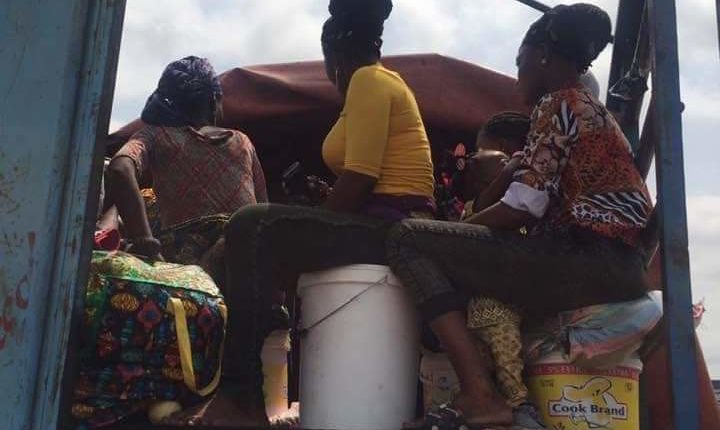 When they say a prophet has no honour in his own home, it means one of two things. It means the prophet is either underrated and not accorded the needed recognition in his own home.

It can also mean that the prophet is worse at home than whom outsiders know him to be.

A man who brags about how lavishly he provides for his family would create the impression of a caring man and earn the praise of outsiders. If in reality, he shirks responsibilities at home, however, his wife and children who are victims of his irresponsibility may not respect him like the outsiders who do not know his true character.

That may explain why President Nana Addo Dankwa Akufo-Addoâ€™s lockdown speech may be echoing around the world, but some at home are worried about the lockdown measures beyond the rhetoric.

Before the president announced the lockdown of Accra, Kumasi and the Kasoa enclave, he told the TUC that one of the reasons the government was hesitant about the lockdown was the plight of many Ghanaians. These are the daily wage working class, those who survive from one day to the other based on what they get each day.

You may have encountered a street hawker at night in traffic begging you to buy something from him or her, otherwise, he or she would starve.

You may have also bought goods, especially in the Central Business District of Accra, and while youâ€™re wondering aloud how to get those heavy goods into your vehicle at Rawlings Park, the seller shouts, â€œHey, Kayayo, come here!â€

A young lady, about the age of your teenage daughter, would most likely appear with a malnourished baby strapped to her sweaty back. She may not know the father of the baby because many of them suffer sexual assault, and itâ€™s normal to let go because of the stigma of letting out the news. Some also shut up because they have no hope of ever getting justice. Some donâ€™t even know there is justice for them.

When this unfortunate young woman gets to your car, sweating more profusely from the blistering heat of the sun and with her neck almost lost from the weight of the goods she carried for you, itâ€™s time to part ways. If you ask how much she is charging for her service, she will tell you, â€œWhatever you give me.â€

Some give them 50 pesewas or one cedi. Once in a while, they meet generous people who give them five cedis or more.

If you have not witnessed the two scenarios above, you probably may have seen a young man at Adenta Housing Down pulling a truck and scavenging for scrap metals. He set off at dawn from Agbogbloshie and, on a bad day, may return at dusk with nothing, hoping tomorrow would bring with it good luck.

If you have not encountered these, then know that some of the shop attendants and factory hands and chop bar workers survive on their daily wages.

To stay for two weeks without working because the markets are empty for the kayayei or the roads are empty for hawkers in traffic or the shops and chop bars are closed, will mean starvation.

So President Akufo-Addo was right when he said such people would be greatly affected.

So what provision did he, as the President of the Republic of Ghana, make for them in the â€œgreatâ€ speech when he declared the lockdown?

The answer is, nothing. He did not make any provision for them. And itâ€™s not new because such people donâ€™t matter to the state.

The only time we acknowledge their existence and their importance for them is when the politician wants their votes. Even when we set up initiatives like SADA and GYEEDA in their names, we only use that to create businesses like rLG and Zoomlion. We give 45,000 of such poor people to Zoomlion to supervise to sweep the streets. The government pays days them through Zoomlion, 500 cedis per person. But the contract says Zoomlion should pay them 100 cedis (20%) and keep 400 cedis (80%) as management fees.

Thatâ€™s how cruel we have always been to the unfortunate among us.

The president did not acknowledge the existence of the poor wage earners and the homeless and how they were going to survive the two weeks, which might sound like two decades to someone whose next meal depended on the following dayâ€™s sales at Fiesta Royale Traffic Light.

Instead, soldiers and police were deployed into the streets to enforce the lockdown. The streets, especially in the central business district of the capital, are the homes of the homeless. Driven by survival instincts, they started moving to their villages in droves, where they could also stay at home.

Since Ghana recorded its Covid-19 case, inter-city transport business dwindled. People travelled less. Two days to the lockdown VIP bus terminal said it used to have 50 trips to Kumasi in a day, but that reduced to only three buses.

When the lockdown was announced, the stations got busy and suddenly there was a shortage of buses. People, mainly the homeless who were struggling to survive, were returning to their villages all over the country.

Last night, I watched a harrowing news item on JoyNews. A truck carrying goods and covered with tarpaulin was intercepted at Ejisu in the Ashanti Region. When it was opened, young women with their children were packed in-between the goods in a manner that is not dignified and safe for animals, even without an infectious disease outbreak.

They said they were head porters or â€˜kayayeiâ€™ from Accra. They often plied their trade in the markets and slept in the open at Tema Station or the CMB area at night. They had been asked to stay at home. But they had no homes.

They often mixed with the thousands who visit the central business district of Accra during the day, and in the night when their bones are aching with tiredness, the concrete pavement of Tema station becomes their comforting pillows.

In the lockdown, however, they have no homes to stay and could not obey if they remain in Accra. They could not get buses to escape before the lockdown set in, so they had to go in a cargo truck.

"They also said they barely survived, and staying for the two-week period of lockdown without working would cause starvation among some of them."

The Ejisu Municipal Chief Executive, Beatrice Serwaah-Derkyi, who spoke to JoyNews said she ordered that the cargo truck send them back to Accra.

Knowing the reality of their fears for which they were escaping from Accra, the young women were in tears, but those tears could not get them sympathetic ears.

On social media, some people were insulting them for risking their lives and putting the lives of others at risk.

"But if those insulting them disembarked from their high horses of privilege, and paused from Netflix or DSTV to ponder, they would realise that these are people who have been let down by the state. Those insulting them claimed they were putting the lives of others at risk because they were spreading the virus. But who is actually risking whose lives, the rich and the poor?"

These poor people were â€˜sitting their somewhereâ€™ and the rich who travelled to China and Britain and America and other places around the world returned with their lungs full of a toxic virus. They are now asked to pay dearly with no support systems.

For the hungry and homeless, something worse than coronavirus is pursuing them. If a poisonous snake and a lion are approaching you from different directions, it is better to run towards the snake. You might survive a snake bite with some potent herbs, but no one survives after becoming the meal for the lion.

So Akufo-Addo may have given a great speech. But our elders were right. No matter how sweet words are, they do not take the place of food. Some countries and their presidents have not given great speeches, but they are taking care of the poor and vulnerable, housing them in dignified structures and feeding them.

"These â€˜kayayeiâ€™ are mostly illiterate and may not have understood the sweet English their president spoke. But the tears they shed would certainly wipe any picture of a great speech which their interpreter may have painted to them when the president spoke."

For someone who is hungry, the speech of his leader can never be great if it fails to mention food for him. Itâ€™s an empty speech.