More women are joining the gaming lifestyle in Ghana 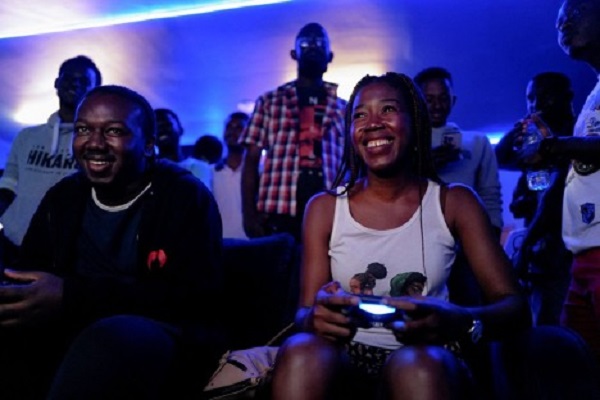 More Women Are Joining the Gaming Lifestyle in Ghana
Shares

About 4.5% of all gamers on earth live in Sub-Saharan Africa. And Ghana has been identified as one of the countries leading the way for gaming on the continent.

About 27% of Ghanaians live the gamer lifestyle, according to Esports analysis.

More and more women have been joining this lifestyle, significantly transforming the country’s gaming landscape.

Gaming has traditionally been a male-dominated lifestyle. Of late, however, the presence of women and girls in such global Esports as CS:GO, Dota 2, and LoL has gained much attention.

With gaming or eSport, as it commonly is referred to, being one the world’s fastest-growing sports, we must appreciate the girls and women paving the way for the industry in Ghana.

A recent survey found that many girls and women in Ghana often play video games on consoles, computers, and smartphones daily.

Gendered perceptions and societal expectations of women’s roles have long been an impediment for girls wanting to game. However, family dynamics and structures in most Ghanaian households have changed a lot since the pandemic. Digital services are now more popular and readily available. This has allowed more and more women to break into the male-dominated gaming lifestyle.

Most female gamers do It casually—they dip in and out of their favorite games at their convenience. However, gaming statistics show that many women in the country now play competitively, with some even going pro.

She has already carved a big name for herself as one of Ghana’s top FIFA gamers. Monica has played competitively in multiple global tournaments, including the Commonwealth Esports Championship (CEC).

For Ritalucia Henry-Andoh, a Ghanaian-Nigeria gamer, playing videos isn’t just an exciting pastime; it pays her bills too. Rita says that, as an online gamer, she makes about $100 monthly. She hopes that in the coming year, gaming will be her full-time career.

Of course, there are a lot of other female streamers who play and even bet on LOL, CS:GO, Valorant, and similar games. The ones mentioned above are just a few in a sea of many.

Creating A Safe Space for Female Gamers in Ghana The hostility towards women gamers is clearly demonstrated by a New York Times report that about three-quarters of women who play online games do so with their voice commands turned off.

Annabel Ashley-Antony, a female gamer in Ghana, hopes to create a safe gaming space for girls in Accra through her Melanin Gamers collective.

With diversity and inclusivity plaguing the industry, organizations like Melanin Gamers are dedicated to creating a safe space for female gamers.

The organization has, in fact, hosted multiple Esports tournaments in Ghana and other locations around the globe. Female gamers are always encouraged to participate in these tournaments.

Gaming consultants Redseer reported that almost half of gamers in Saudi Arabia are women. With 70% of the nation’s population taking part in active gaming, the popularity of gaming among women is significant.

This trend is replicated in many other countries globally. For instance, one in two American gamers is female. A US-based company, Entertainment Software Association, found that 48% of folks who actively play video games in the country identified as female.

According to Newzoo, 72% of women globally have played Esports in the past six months. Indeed, as far as we know, what male gamers can do, female gamers can also do. We can, therefore, no longer deny that women are a key demographic plugging in to play Esports.

READ ALSO: My husband has impregnated my best friend and I’m due to give birth in two months

Consequently, future game design and creation must take note and develop games that appeal to all genders, including women.

The trend in most video games has been to typecast female video game characters as either damsels in distress or just risqué sex objects. People are, however, waking up to the fact that female gamers constitute a large proportion of game consumers. As such, developers are fine tuning their releases in favor of their female customers.

The portrayal of women in most recent games of late has changed in more ways than we can list. For starters, the representation of female characters has increased. Nowadays, it’s also common for women to be portrayed less hypersexually.

We are seeing fewer damsels in distress. Instead, female protagonists in video games today have deeper storylines and motivations.

Indeed, female characters being created now are more powerful and capable than ever.