My wife used 'Juju' on me 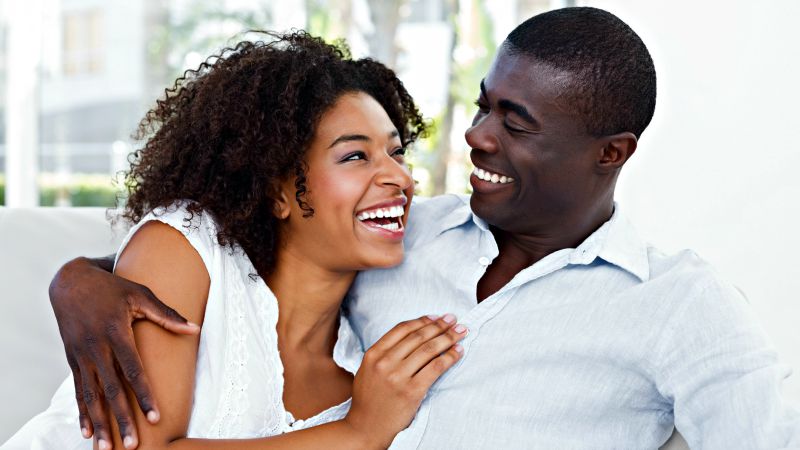 If you are a beautiful single girl and having a hard time dealing with guys worrying you with those ‘I miss you’ ‘I miss you’ useless WhatsApp messages er, don’t worry.

The solution is only one – just tell them you need GHC1,500 as top-up to pay your school fees or for your annual hairdo budget. Ei nowadays a lot of my lady friends are cutting their hair down to what we call in Accra New Town; ‘Daavi’. They call it ‘natural’.

Surprisingly Ablavi has also cut down her hair under the guise of what is trending and the fact that she wants to avoid chemicals on her scalp. She is lying; it’s poverty! Who doesn’t know Ablavi! Make I hear something o, hahahaaa!

Ehern, if a guy keeps worrying you with ‘I am missing you already’ messages and you are not ready to game, just request some money from GHC500 upward; it works more than any medicine that can shrink a modern day man into impotence; he would suddenly shrink and block your line. You’d be free from those useless messages. Men, we hate to spend too much on ‘mobile holes’ o. We will prefer to spend the chunk of our monies on our wives and children at home so single girls, be guided especially in these days of HIV / AIDS.

There was this level 300 lady I admired in my neigbourhood and I started sending her those childish messages: ‘so when am I seeing you?’ ‘I hope you will allow me to ‘torch’ those nice balls on your chest when we meet’. She replied ‘oh why not!’ and my body felt yiiiiii! Then the following day, she asked me to buy her KFC on my way home. I bought it. Two days later, she wanted airtime to bundle, and I sent her 5 cedis. You see, I wanted to bait her by giving in to those small small requests to wow her.

Then she called to say she was at the salon and needed GHC80 since the money she had on her was not enough for washing hair. I sent her GHC50 mobile money. I wasn’t really bothered bcos these are small small ‘investments’ worth the ‘sacrifice’ before I do the distin and then…forget am!

The Friday she had agreed to meet me was the day she called to ask for an urgent loan of GHC1200 to help her clear some goods from the port. At this point, I needed to advise myself! Kai! Weytin I do wrong sef? E bi me born you? I backed out bcos if I am not careful, this girl will finish me and I may not even get what I want to ‘eat’

Boys don taya oo! Ajeeeeish! I heard there are some gals in town these days; if you ‘touch’ them, you would just be writing cheques for them so I should be careful. Me? Careful about what? No problem; they even have my permission to ‘touch’ me first and I would have no problem writing the cheque. The only problem is if they will get any money from my account. They think they are smart aaaama! Touch me? I write cheques? And so? Hahaaaa!

Have you heard of ‘Bediankor’? In my village, we call it ‘Gbortemi’. I want that love medicine that can keep me with one woman for life. At least, it would save me a lot of money. The rest may just be wasting my earnings or? Please don’t tell my mother-in-law’s daughter this is what I said here oo, Konkonsa!

If I have now decided to drink from only one source what is wrong with that? Apuu!! It is the dream of most women to keep their man for life. What a dream! Eiii!

And so it came to pass that, Gbortemi is said to be used by some ladies to keep their men to love them forever and ever – Amen! Wives hardly do but some ‘outsources’ do just to keep you to themselves. Two of those ladies I eyi with before claimed they used it on me but it didn’t work. One of them I remembered prepared a serious meal for me when I visited her somewhere in one of the newly created Regions. The soup contained animals of different species and spiced with grass-cutter (akrantie) entrails! I ate it very well and she was surprised I still managed to return to Accra.

The other lady friend tried it here in Accra. It was rice and light soup spiced with dawadawa. The intention was to grab me forever. That was the first time I saw goat meat wearing bandana. Ei! I have never enjoyed food that much. After eating, she offered me a good bed to lie on so I could sleep well. As for lying on the bed, I did but I woke up and went home. Surprised at my ‘success’, she called me the following morning and called me all kinds of useless names including – ampan nam! (batmeat). Who cares! It was only after several years that she came confessing her sins. So these days I don’t joke with animal entrails at all. Just like the camerawoman during a church deliverance, no weapon touches me oo! But trust me, Gbortemi got me later in life since I refused to sit at one place and this time it was my wife and this was what she did and keeps doing:

She had prepared me nice sumptuous breakfast, selected the best of neck ties for me to wear to work and gave me a kiss.

I got to work and even before I did, she sent a message telling me she was missing me already.

At about 10am in the morning, she again sent a message telling me “Honey, I know you are under pressure at work but remember somebody somewhere loves you…mwaaaa”.

Ei, this was really sweeting me. My body all over my body do me something miiiiiii! After all, no matter how low the educational level of a local preacher man, he will never miss words like ‘principalities’ and ‘casualties’.

After work, before I could open the door to my house, this lady was there to welcome me. Took my neck tie off, picked my laptop bag and gave me a kiss. Ei! I looked stupefied because it was sweet.

She removed my smelly shoes and immediately served me with the ‘Gbortemi’ dinner. She joined me at the dining table with meals surrounded by chicken wearing boxer shorts insided vegetables and was spoon feeding me like a baby. I became suspicious but ei! The thing was still sweeting me.

I had finished eating and then water was warmed for me to bath with. She joined me under the shower and doing some things bi that sweet me again and we came to watch TV!

She showed signs of wanting to rape me but I wouldn’t mind. We got to bed and her hands were all over the scanty hair on my chest while we were both sleeping.

This went on and on every day. What Gbortemi could be better than this!

Our wives should treat us this way and we would close from work early every day and no Gbortemi can work against us outside the home oo, yoo. You hear?

That was then o. Now treats me like ‘her husband’ – that useless man who came to beg her father to allow her to be cooking for him. Wifee, treat me like baby wai and ‘cook gbortemi’ for me as you used to. I enjoyed those moments. Is it bcos children have come inside? Abeg, your gbortemi must be work-in-progress o. I dey for you. That’s the secret to keeping me at home oo otherwise…Hahahahahahaaa!

Whether you like it or not, as for me I used to eat gbortemi everyday at home and even now, occasionally when she is happy with me. Whether what I have said here is true or not, I have to present my wife as an Angel anyway. You can go and discuss yours with friends who would pretend to share in your ‘problem’ but go out and spread it. Marital unions are similar to a situation where your boss passes gas in your presence; even if it smells badly, you would have no choice but to say ‘Yes Sa”!

Men too must prepare gbortemi for their wives o and they would be very happy with you always. You know the secret? There are 3 things you must do as your gbortemi to your wife: Number 1: Give her money Number 2: Give her more money Number3: Give her plenty money! Hahahahahaa! I don’t even know what they use it for o, especially nowadays that many of them are cutting their hair down in the name of fashion and the fear of cancer causing chemicals! Hmmm!

If you don’t give your woman money, why are you working? Don’t think about it; just keep working!

God bless our wives especially those who pamper us in spite of our waywardness! Amen!