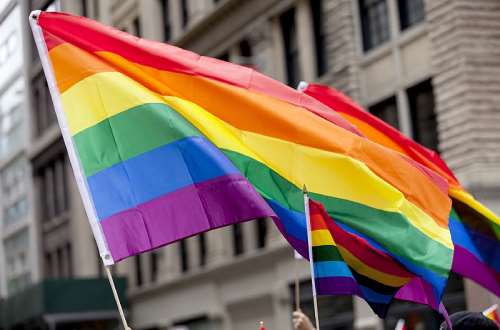 The memo submitted by the Group of 18 lawyers, academics and other professionals on the proposed Proper Human Sexual Rights and Ghanaian Family Values Bill 2021 currently before Parliament continues to court controversies and varied reactions.

Members of the pro LGBTQI+ advocacy coalition led by Mr Akoto Ampaw give the following arguments for opposing the bill.

One, they argue that the bill constitutes a violation of the fundamental rights of LGBTQI+ persons as enshrined in Ghana’s 1992 Constitution.

For them, the bill is a needless intrusion into the lives of Ghanaian citizens who identify as lesbians, gays, bisexual, transgender, queer and intersex.

Two, they postulate that Ghana is a secular state and therefore, the use of religion to ground the bill is both wrong and worrying because it is in direct conflict with Ghana’s secular status.

According to them also, religions should not preach hate or discrimination against people, but rather, God’s love, mercy and compassion for all.

Three, the group contends that the bill is intended against a minority group in the country.

Mr Akoto Ampaw in particular, argues that “the 97 per cent of Ghanaians cannot legislate for the 3 per cent, lest the Constitution has no place.”

I disagree with the position of the pro-LGBTQI+ advocacy group on the bill based on the following reasons.

Firstly, concerning human rights, many lawyers refer to Act 29 of the 1960 Criminal Offences Acts, Section 104, to argue any person involved in having unnatural carnal knowledge with another person should be punished.

Besides, I contend that both the 1945 United Nations Charter and the Universal Declaration of Human Rights adopted in 1948 spell out clearly the fundamental human rights in the world.

They are the right to life, healthcare, education, water, shelter, clothing, food, etc. They do not contain LGBTQI+ rights.

Beyond these, I argue that right is not absurdity, and every right has limits. Based on this, I contend that the government of every country has the right to restrict the exercise of rights if it believes that the conduct of some “private” affairs of citizens can lead to negative repercussions on the individuals themselves, their families and the larger society.

Such is the case with LGBTQI+ in Ghana.

Secondly, the argument that Ghana is a secular state, and therefore religion must not be used to back the proposed bill is overstretched.

The provisions under Fundamental Human Rights and Freedoms in Chapter Five of our Constitution, Articles 5(2), 17 (2, 3), 21(1c) and 35 (5) stipulate that as a secular state, Ghana shall not promote or sponsor any religion but shall allow all citizens the freedom to practise any religion of their choice without discrimination. It does not define Ghana as a godless state.

The recent 2021 Census indicates that Muslims and Christians make up 17.6 per cent and 72 per cent of Ghana’s population, respectively, with the rest either belonging to African Traditional Religion or non-affiliated.

This clearly shows that by culture and custom, Ghana is a religious country despite her secular definition.

Hence, as the Chief Imam rightly argues, “Ghana is a secular State with a deep sense of God expressed succinctly in a number of our national symbols, including the National anthem, the National pledge, oath of office, introduction to the Constitution of Ghana itself …” (Ghanaweb, Oct. 16, 2021).

Besides, the added argument that religions should preach love, not hate, is theologically simplistic. God’s love is not simply permissive; it corrects wrongs in human beings and society (John 8:11).

Thirdly, regarding the argument that a certain minority is being targeted, I contend that the bill does not target any minority but is necessary to maintain the cultural, religious and moral sensibilities of Ghanaians.

Lastly, with health experts warning against the effects of LGBTQI+ activities, which include high risk of HIV, severe mental and psychological illnesses and anorectal cancers, it becomes urgent that these risky sexual behaviours are checked so that they do not trickle down to the general population.

For all the reasons above, I disagree with the stance of the Pro-LGBTQI+ Advocacy Group and contend that LGBTQ+ are not rights but “deviant” sexual behaviours which must be legislated against to protect and safeguard our country’s time-tested cultural, religious and moral beliefs and practices.

The writer is a Catholic Priest