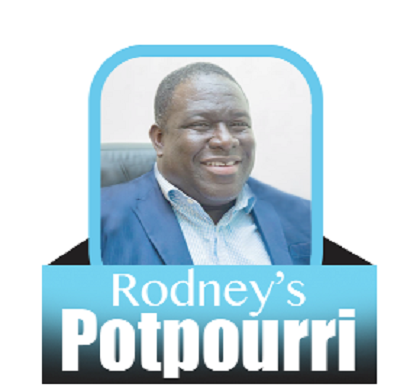 Trawling through Facebook the other day, I was amused to note a rather pleasant-looking bottle that had the word â€˜Apeteshiâ€™ emblazoned across it, with â€˜Outlawed 1930-1957â€™ inscribed underneath.

I had to do a double take to be sure what I was looking at. But before we get into the whole business of this interesting drink, I have a rather petty bone to pick.

Whoever decided, with the rebranding of this drink which has multiple aliases (from â€˜apioâ€™ to â€˜VC10â€™ to â€˜ogogloâ€™ and several others), to write â€˜Apeteshiâ€™ instead of its proper spelling â€˜Akpeteshieâ€™, should repent from such tinkering.

Reading further, I noted that this was an effort by GIHOC Distilleries, run by the colourful firebrand Maxwell Kofi Jumah, to give this drink a major image boost and potentially push an export agenda.

I think it is an interesting and worthy idea because â€˜apioâ€™ has quite a low image problem, seen as the drink of those on the lower end of the socio-economic scale, although anecdotal evidence suggests that those further up the scale do like to indulge themselves, albeit clandestinely, including, according to gossip, a famous former head of state of this republic.

When I first went to secondary school, many of my seniors teased me that I was a connoisseur of the drink because my lower lip was quite red, with claims of its corrosive nature.

My protestations that I had never seen or tasted it in my young life were dismissed. As far as â€˜apioâ€™ is concerned, I have remained a virgin to this date. I suppose I was not too enthused about a drink whose nickname, among others, is â€˜kill me quickâ€™. I have never had a death wish, you see.

In the â€˜apioâ€™ conversation, I cannot help but recall a beautiful and rather hilarious piece written by my friend, the author Kofi Akpabli, in his book â€˜Tickling the Ghanaian; Encounters with Contemporary Cultureâ€™.

The title of the piece is â€˜What is right with Akpeteshieâ€™ and it is definitely an authoritative analysis of the drink.

In tracing the history of the drink, Kofi posits that â€˜In the days of yore when Britannia ruled the shore of the Gold Coast they found Apio abominable.

The open secret was that Akpeteshie was too competitive for their imported beverages. They knew that leaving the drink all alone would be a marketing disaster for their Jack Daniels and Old Toms. They, therefore, banned it. Oh yes, they did.

So, when in March 1957, Ghana, our beloved country gained independence, Akpeteshie also became free forever. I now understand the â€˜Outlawed 1930-1957â€™ inscribed on the bottle.

He continues: â€œIndeed, the drinkâ€™s very name is derived from its contraband history. In Ga, the phrase, â€˜akpe teshieâ€™ means to go into hiding.

Because it was an outlawed drink, distillers, distributors and consumers all had to be secretive in dealing with the product.

They had to operate in a â€˜mau mau,â€™ guerrilla fashion. This experience went a long way to account for the defiance character Akpeteshie and its drinkers are associated with.â€

One of the remarkable features about this drink is the fact that one never sees an advert about it, and yet its sellers never complain about low sales. Vintage Kofi captures it thus: â€˜Akpeteshie is good businessâ€™.

Demand for it is round the clock and round the calendar. For retailers, starting up the trade is pretty easy. All one needs is a gallon, a beer bottle, a minerals bottle, a couple of glasses and a funnel. A bench for customers to sit on is good but not necessary. Many customers prefer to do the â€˜standing ovationâ€™, ie, stand, drink and move onâ€™

Because there is no packaging associated with it, but rather it finds refuge in gallons and used bottles that once contained other drinks, â€˜Apioâ€™ can be said to be both homeless and versatile, and perhaps that is where its branding and appeal lie.

As Kofi puts it, â€˜â€¦though Akpeteshie has been with us all these years, there is not a single symbol that identifies it.â€™

If I have any worries about the bold GIHOC initiative, perhaps it is that the drink may stubbornly refuse to be packaged and branded in a glitzy marketing drive, yielding only to the export-driven branding and packaging.

Its local primary consumers are likely to stick to the status quo in terms of marketing and presentation.

Vodka, with its 40 per cent alcohol content is traditionally associated with Russia and famed for its potency that perhaps seeks to project Russian virility, but according to connoisseurs, it is a soft drink when compared to â€˜Apioâ€™.

The GIHOC bottle proudly states alcohol content at 50 per cent. Who knows, maybe the idea is to put Ghana on the international alcoholic drinks map in a way that champagne and cognac have done for France and whiskey has done for Scotland.

No doubt the medical and religious fraternities are likely to turn their noses up at â€˜apioâ€™ gaining mainstream prominence for obvious reasons.

But the politicians will look at exports, foreign exchange earnings, international brand recognition and job creation along the chain. To each their own, I suppose.

I have a dream. I have a dream that one day, the humble akpeteshie shall rise in global circles and sit proudly with the finest cognacs, whiskies and vodkas at banquets thrown by kings and presidents. Well if this dream is a tad ambitious, then my edited dream is that at least it ranks with respectable locally produced gins and bitters that are ubiquitous at many parties and ceremonies up and down this land.

Surely that is a manageable dream?