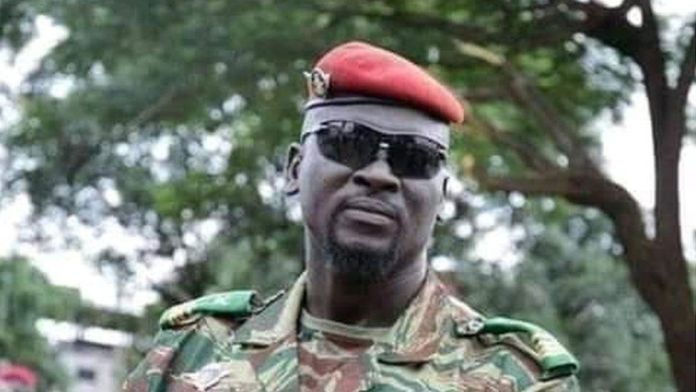 The coup dâ€™Ã©tat in Guinea led by Lt. Col. Mamady Doumbouya, Commander of Guineaâ€™s elite Special Military Forces, brings to mind articles of mine published in recent times about the rising state of insecurity on the African Continent, and the need for Africaâ€™s heads of states and governments to take pragmatic measures to tackle the twin challenges of youth unemployment and economic hardship (which have been exacerbated by the COVID-19 pandemic) and adopt urgent means to eschew and combat corruption in all forms and demonstrate open, transparent and accountable democratic governance aimed at resolving the many complex challenges faced by African societies â€“ particularly the lack of opportunities available to the continentâ€™s youth.

In recent years, it had become glaringly clear that heads of states and governments at regional and sub-regional bodies such as ECOWAS and the African Union have become more a â€˜Cult or Brotherhoodâ€™ of some sort â€“ seeking their own welfare rather than the interests and welfare of the African People, the majority of whom are Youth.

The support and lack of condemnation for Heads of States seeking third terms in clear violation of their countryâ€™s Constitutions â€“ coupled with the rampant cases of corruption and show of opulence by cronies, family-members and friends â€“ have resulted in a general lack of sympathy and support for recent coups and other unfortunate developments on the continent, as demonstrated by joyful celebrations and excitement on the streets of major towns and cities by Africans after such occurrences.

The show of support through congratulatory messages and attendance of inaugural ceremonies to the third-term ambitions of Presidents Alpha Conde of Guinea, Al Hassan Ouattara of Cote Dâ€™Ivoire, Paul Biya of Cameroon, Yoweri Museveni of Uganda, Iddris Deby of Chad (until his recent demise), and Faure Gnassingbe of Togo, among others, indicates reaffirmation of support despite their undemocratic conduct without any show of remorse.

The rising insecurity on the continent and sub-region in the form of coup dâ€™Ã©tat and terrorist attacks poses serious threats and serves as a distraction from efforts to achieve regional economic integration â€“ specifically, the African Continental Free Trade Area (AfCFTA); thus affecting the continentâ€™s desire to work around the Lagos Plan of Action, recently converted to Agenda 2030 and now Agenda 2063.

The growing insecurity on the continent also has the potential to significantly affect investments in the sub-region, as it will be considered by investors as unsafe. This is alarming considering that Ghana and Nigeria have been the highest recipients of foreign direct investments (FDIs) in the sub-region over recent years, a situation that could lead to increased economic hardship and worsen unemployment in the sub-region.

According to the African Development Bank (ADB) report on Jobs for Youth in Africa â€“ Catalysing Youth Opportunities Across Africa â€“ of Africaâ€™s nearly 420 million youth aged 15-35, one-third are unemployed and discouraged, another third are vulnerably employed, and only one in six is in wage employment. As a result, 263 million young people will lack an economic stake in the system by 2025.

As iterated in an earlier article, there is therefore need for African and ECOWAS Leaders, in particular, to be creative and up and doing as 90% of Africaâ€™s youth live in low and lower-middle-income countries, with the biggest challenge being a lack of formal jobs.

In conclusion, I condemn in no uncertain terms the coup dâ€™Ã©tat in Guinea and call on ECOWAS leaders to restore calm in the sub-region, as such occurrences derail efforts to achieve democratic development of the continent and sub-region which interrelate with other rights.

I further reiterate my call to President Akufo-Addo and ECOWAS heads of states and governments to be transformational and lead the sub-region and continent to create 18 million jobs each year until 2035, in order to accommodate young labour market entrants.

There is also a need for African and ECOWAS countries to invest in emerging technologies that provide high levels of surveillance to detect and enable interception of highly sophisticated crimes, such as cyber-attacks, in order to disrupt the activities of coup-plotters and terrorist networks. As already noted in earlier articles, African countries do not have any choice but to hasten COVID-19-adjusted economic recovery in order to hasten economic growth and development in order to provide employment opportunities that result in improving the quality of life for citizens, particularly the Youth of West African states.