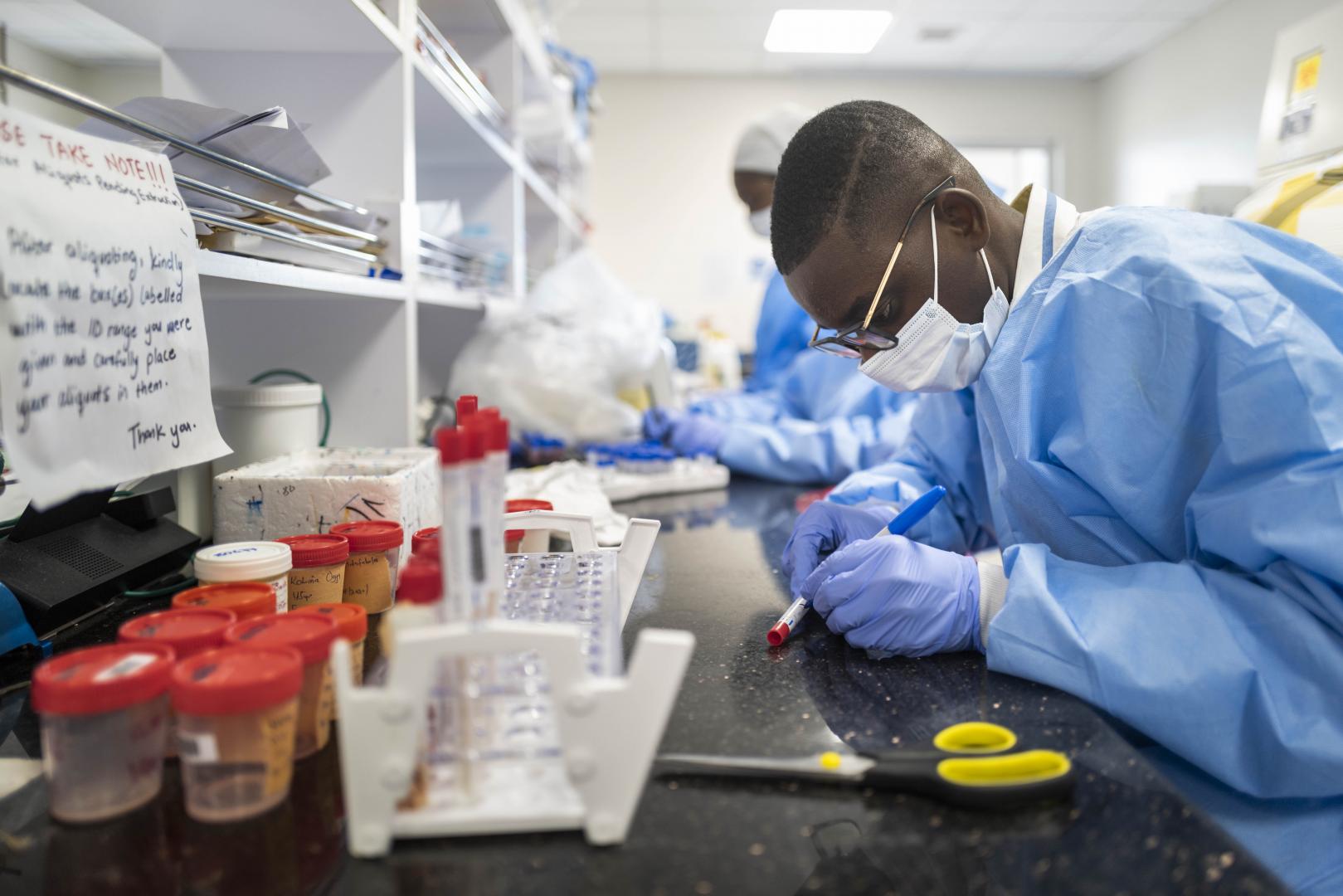 We have in the last few weeks been following the heated debates that have arisen as a result of some passengers challenging the outcome of their COVID-19 test results at the Kotoka International Airport (KIA).

These debates had been circulated mainly on social media but have now made their way onto mainstream media. The result is that the former deputy Health Minister, Dr Oko Boye has also taken to his social media handle to chastise those who have recorded these videos admonishing them to respect the laws of the land.

We are of the view that these debates can only be settled if the science of antigen testing is critically looked at. This is because all these testing procedures have been licenced by medicines regulators globally including Ghanaâ€™s Food and Drugs Authority. It must be emphasised that antigen testing is a vital tool in the fight against COVID-19 and has been important in minimising the exposure of Ghanaians to some of the virus variants that have surfaced in this ongoing pandemic.

That said, these antigen tests have their limitations that may be driving this uproar. Though they have been shown to have a high specificity (99.9%), in some instances, their accuracy is influenced by the prevalence rate of COVID-19 in any given population. A paper published in The Lancet on the 1st of July on the use of Lateral Flow Devices (LFD) a version of antigen testing in the United Kingdom by Elizabeth Fearon and colleagues indicated that if COVID-19 prevalence is low, the proportion of false-positive results is judged to be too high for mass asymptomatic population testing.

This view had been well documented by the United States Food and Drugs Authority (US-FDA) in a correspondence sent out to health professionals stating the following; â€œThe FDA reminds clinical laboratory staff and health care providers about the risk of false-positive results with all laboratory tests. Laboratories should expect some false-positive results to occur even when very accurate tests are used for screening large populations with a low prevalence of infection.â€ The US-FDA further reminded health practitioners that, positive predictive value (PPV) varies with disease prevalence when interpreting results from diagnostic tests. PPV is the percentage of positive test results that are true positives. As disease prevalence decreases, the percentage of test results that are false positives increase too. They go further to say,

For example, a test with 98% specificity would have a PPV of just over 80% in a population with 10% prevalence, meaning 20 out of 100 positive results would be false positives.

At 0.1% prevalence, the PPV would be 4%, meaning that 96 out of 100 positive results would be false positives.
Health care providers should consider the local prevalence when interpreting diagnostic test results.
From the above, it is clear that it will be untenable for the Ghana Health Service (GHS) to continue to suggest that the tests done at KIA are devoid of false-positive results. It will also be disingenuous if people read conspiracy theories into why people are challenging the outcome of their tests; and the involvement of the government to use airport testing as a cash cow.

A look at the COVID-19 dashboard of the GHS indicates that as at the time of writing, the positivity percentage amongst travellers was 0.6% suggesting a very low prevalence rate of COVID-19 in that cohort. This should not be surprising as travellers require a negative polymerase chain reaction (PCR) test before they are allowed to board a flight. Based on the US-FDA data, the PPV for the testing at KIA therefore could be as low as 4%. This is a further indication that there is a high likelihood of the occurrence of false-positive results.

It is not surprising that some passengers who test positive are challenging the test outcomes. This is because there is a period between when one is infected with the virus and when even the most sensitive COVID-19 test can detect the presence of an infection. This period is between 2 and 5 days. This is important because of the 72-hour window requirement for the validity of a COVID-19 fit to fly certificate as there is the possibility of an infected person returning a negative PCR test before travel but returning a positive test upon arrival. There is also the possibility of people becoming infected after their PCR sample has been taken and being out of the latent period upon arrival leading to a positive test. Such passengers may lack an understanding of the behaviour of this virus and doubt the validity of the test outcomes.

A false-positive test could also be a result of operator error. This can occur if there is cross-contamination during the taking of passenger samples or during the testing process. Cross-contamination could be the result of Insufficient cleaning of the operatorâ€™s workstation, insufficient disinfection of their instruments, or inappropriate use of protective equipment e.g., a failure to change gloves between passengers. All these are likely during busy periods of patient arrival.

The net effect of the above suggests that the GHS may need to have a process in place to ensure that any such challenges of the outcome of a positive test result at KIA can be processed. This will be in line with quality assurance requirements and ensuring that the integrity of the testing regimen is preserved. Such a process will;

Allow the Ghana Health Service (GHS) to have an independent Quality Assurance (QA) framework to track the performance of the service provider (Frontiers Health).

As it is untenable based on the available data to suggest that all positive results at the airport are representative of an infected passenger.

Allow the GHS to raise any apparent QA concerns with the FDA with evidence and request a QA investigation to ascertain whether these false positives are a result of systematic errors (e.g., staff cross-contamination of samples, poor cleaning regimens etc.) or random errors (due to the low positivity amongst the KIA passenger cohort and the implication PPV)

Help quell any negativity that accompanies public reports of possible false-positive tests that have the potential to erode confidence in the port of entry testing regimen.

Ensure that true positives do not get through simply by challenging the process.

Ensure that the Conditions of Authorization in the antigen EUAs are complied with. Amongst these is a requirement that Authorized Laboratories collect information on the performance of antigen tests and report any suspected occurrence of false positive or false negative results and significant deviations from the established performance characteristics of which they become aware to both the regulator (Ghana FDA) and the test manufacturer.

We will end by reminding readers that this impasse would not be resolved by emotional tirades but through a heavy reliance on biomedical evidence. In the end, only a confirmatory PCR test on an aliquot of the same sample that was taken at the airport will give us the clarity we require. Until that is done, the misconceptions about the airport testing would not go away and the debate will be based on emotions and not science.

The writer is a pharmacist and Fellow of Centre for Democratic Development (CDD), Ghana