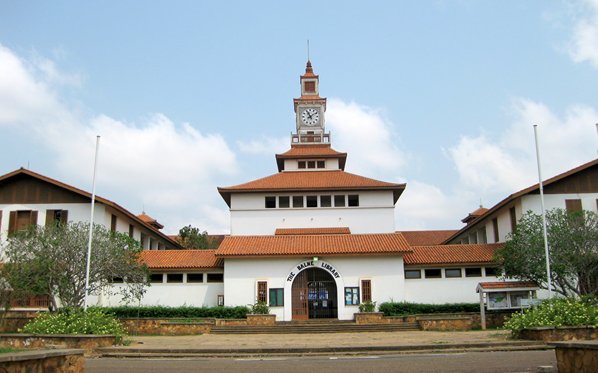 It is a truth universally acknowledged that the core function of every university is to solve problems and advance the frontiers of knowledge.

They do not just award degrees, but they carry out research regularly to suggest solutions to the problems of the people.

Right now as I write, the hottest subject in the world is the Wuhan epidemic, the coronavirus. I bet you can be sure that a university in China is carrying out research to find out the cause of the virus and how to deal with it.

A university which places a low premium on research does not deserve the accolade of a university. Now every university has faculties or departments or institutions, and in Legon, they have the Political Science Department which commissioned a study on the performance of district chief executives nationwide.

They developed questionnaires and sent out their students to interview as many as 27,000 respondents from all over the country, and the focus of the questions was on the assessment of the work performance of their local political administrators â€“ DCEs. The university has published their research findings, reported in all the print media, which is that the MMDCEs are just NOT performing. They do not visit their communities regularly and are not carrying out projects. In short, they are not delivering on their mandate.

With all the noise being made about DECENTRALISATION, POWER TO THE PEOPLE, GRASSROOTS DEVELOPMENTâ€¦ the sad news from Legon is that those who are supposed to be driving the system in the countryside are just NOT working. They have become â€˜sitting ducksâ€™. The million-dollar question is: WHY?

In trying to answer the question, the very first issue is that how can a person enter the DCEâ€™s office to work as a DCE? In most parts of the world, it is by direct popular local level elections to choose the best candidate with the best set of promises. In Ghana, currently, you must be appointed by the president who relies on a set of advisers who may not necessarily share the same vision as that of the president.

I know for a fact that some chaps get appointed as DCEs even though their names were not on the shortlist sent to the Presidency. Getting your name on the shortlist in the first place is a problem.

So you see, after severe palm greasing when you get appointed as DCE, your very first priority is to recoup your investment. Anytime you hear the â€˜Presidentâ€™, then you miss a heartbeat. Anytime you hear of â€˜Regional Ministerâ€™, then you panic. The Minister of Local government is coming, the Minister of Agriculture is passing through. The minister of this, and thatâ€¦ so are you sitting in that office taking instructions from Accra or what?

There are13,000 or more communities in Ghana, and even though as at 1966 we had over 700 local councils, today we have just over 200 districts, and you will be surprised to hear that some districts have over 75 communities!!! If you are the DCE, how can you visit each of them even in a four year period? I hear Juaboso District in the Western North District has over 150 communities.

You enter the office as DCE to find that every community has a difficult set of problems â€“ market, roads, bridges, water, toilets, primary schools and the budget for each of them is in thousands of cedis â€“ where is money coming from? The almighty Common Fund from Accra is not regular, and even when it comes, too small â€“ just a drop of water in an ocean. Local revenue mobilization is very fragile â€“ revenue officers are very dishonest, and you see hundreds of NGOs coming up daily pretending that they want to build boreholes or markets, only to find that they are just using the name of the district for their data to collect money from their sponsors into their pockets.

As if all these challenges are not enough, you will be told that Otumfuo wants this, the Ya-Na wants this, the Omanhene wants thisâ€¦. A few summon the courage to brave through and see what they can do. But, invariably majority of all appointees as DCEs just throw up their arms in despair and give up, concentrating on how they can survive, how they can solve their own personal problems â€“ after all, they have wives and children, they have parents, uncles and relatives who are all over on themâ€¦. And how much is your monthly salary?

The end result is that according to the survey by the Political Science Department of the University of Ghana, Legon, majority of the DCEs are NOT working, they are NOT visiting the communities, they are not having any impact on the lives of the people. They are just living in the all-expenses-paid residences, running around in 4Ã—4 vehicles and attending high-profile funerals.

What then is the solution? What must be done? How can we get them to work? My prescription may be debatable, but I have solid faith in them.

First of all, let us stop calling them â€˜chief executivesâ€™: as if they are salaried business administrators. They are politicians, let us boost their egos, let us call them DISTRICT GOVERNORS â€“ to govern the whole district, monarch of all that he surveys.

Secondly, let us directly elect each one of them by popular ballot. Allow us to make our own mistakes in either choosing a wrong person or a different person or whatever. This is what happens in every community in Europe and America. Leave the people alone to govern themselves â€“ rightly or wrongly.

Reader, do you know that below the district assemblies, there is an institution known as Zonal/Area Councils which are supposed to be housed in offices and working under elected chairmen? When Baah Wiredu was a minister and I was his deputy at Local Government, we demanded monthly reports/minutes of meetings by the various area councils throughout Ghana.

What has happened to those area councils? Since the Legon professors are telling us that the system is not working at the top, any wonder that most of the area council buildings erected during the Kufour era are either abandoned, overgrown with weeds or being used for something else?

Honestly reader, if we want to see real development as a nation, then we should turn 100 per cent attention on LOCAL GOVERNMENT. That is where the action is.

The research findings from Legon are a wake-up call. Let us do something serious about it â€“ in this day and age, even with NPP administration â€“ better, of course, then NDC â€“ can you believe that there are still some schools under trees? â€˜Did we go or did we comeâ€™?