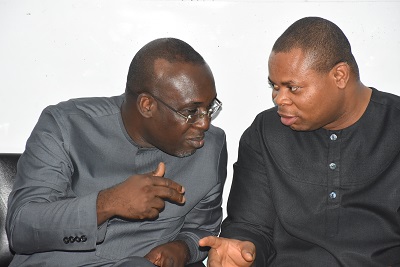 1. CSOs claim to love Ghana more than anybody in politics?

Where or when is that from? Is there some public manifesto CSOs have issued proclaiming this special love? or is the point that complaining about government policies makes one automatically guilty of this charge?

If so, then what about the Catholic Bishops who routinely express misgivings about various social issues? The Chiefs, constantly lamenting about political decisions? The social media crowd? The Trade Unions? GUTA? Concerned Small-Scale Miners? The morning show radio hosts? Why not then say: â€œeveryoneâ€? What is distinct about CSO criticisms?

2. CSOs are disdainful of politicians and think all governments are corrupt.

Which CSOs? In 1982 when Elizabeth Ohene became Acting Editor of the then Peopleâ€™s Daily Graphic, there were about 80 NGOs in Ghana. In 2008, we had more than 5000 NGOs in Ghana. These are only those registered with the Department of Social Welfare.
When I speak to my friends who track these things, they tell me that there are more than 50,000 companies registered by guarantee who self-identify as NGOs or CSOs.

In 2019 alone, more than 7000 companies limited by guarantee were registered. Nearly 8% of total registrations. Over half of these self-identify as CSOs by my friendsâ€™ framework.

How many of these fall in the bracket created by Auntie Lizzie? How many does she know by name, deed or reputation? So, on what is she basing her assessments? Such broad sweeps donâ€™t help any debate.

Groups like IMANI, CDD, IDEG and others make it our business to understand government activities so that we can criticise constructively. We are fair critics who put in the work. We spend hours conducting research and mounting advocacy to try and influence policy and shift national discourse. And we accept criticism.

3. CSOs want to be seen as a â€œrepository of all wisdomâ€

Who, or where has this claim been made? When we fiercely resisted the STX project, did we attack the architectural plans? Did we not focus on public interest valuation metrics, a common tool that can be applied across many contexts, whether public housing or sovereign gold royalties? Is that not evidence that whatever we take on, we focus on public policy analysis and not â€œeverythingâ€ as the likes of Auntie Lizzie claim?

This accusation of â€œall-knowing hubrisâ€ is like many others in the article, without any clear target. Less than 0.1% of CSOs in Ghana comment on government policy or seek to impact decision making at any level beyond their immediate community.
There are also CSOs that do comment on policy but only as dispassionate analysts. E.g. ISSER, ACET or CEPA. They stay in safe spaces as they have a right to.

Others like CDD, IFS, ACEP, IEA, IMANI, and IDEG combine policy analysis with advocacy. Overall, CSOs come in many hues, along a wide spectrum. No broad brush does justice when describing what they do.

Some CSOs seek to promote â€œchange from withinâ€ and conduct their advocacy by building long-term relationships with political actors and the bureaucracy. Others like TWN, ISODEC, IMANI, ASEPA, ILAPI, GUTA and WACAM are activist in their advocacy. They seek to enlist public sympathy against policies they find wrong. They also believe in â€œinoculation theoryâ€, which is a fancy term for â€œimmunisingâ€ the population against government propaganda.

It is this last function that is most dangerous. Less than 0.001% of Ghanaian CSOs use this tactic. It is dangerous because it sounds like accusing very powerful people of lying. No one likes to be told that they are lying. Auntie Lizzie also evidently canâ€™t stand CSOs who do this.

Imani used this tactic when we declared after serious research, that Komenda Sugar factory was bound to be unworkable. We said publicly that the project was defectively planned. We had facts and research to back that, and time proved us right.

What is one to do when faced with the situation like the EC one where they claimed that since 2011 they have never bought electoral equipment knowing full well that it is a blatant provable lie? Or when the Ministry of Communications said that Kelni GVG has led to the recovery of evaded taxes when they knew that nothing like that has happened?

Shouldnâ€™t Ghana feel lucky that out of the 50,000 CSOs we have in the country, about 5 are willing to openly and brazenly call out such lies so corrosive to the national interest?

It looks like Auntie Lizzie would prefer a Ghana where not a single CSO will openly call out leaders and bureaucrats when they lie. Her article is luminous with incredulity as to why anyone will suggest that Agyapa was undervalued and problematic, how dare we!