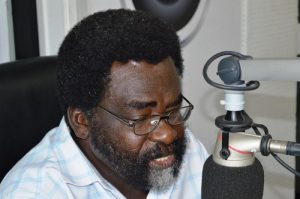 I have in the past resisted writing to respond to issues in the media due to time constraints.

Since the majority of our citizens don’t read, I find it more effective to speak to issues instead of writing.

I have made an exception in this case due to the importance of the issue and the potential devastating effect it can have on Ghanaian democracy and society in general. I have quoted below the gist of Professor Asare’s comments.

Professor Asare, a Ghanaian law professor living in the United States has described the Supreme Court’s punishment of the Montie 3 as “barbaric,” and one that “completely undermines executive power and the constitution.”

His strong rebuke of the Court stems from his stance that what the Supreme Court did to convict the trio of contempt did not constitute a fair trial because the Justices were their “own prosecutor, police, investigator, juror and judge in a barbaric trial that has no appellate process.”

He therefore calls on President Mahama to invoke Article 72 of the 1992 constitution to reverse the Court’s decision, and set the men free.

He further alleges that the pardon power of Article 72 was “created to arrest such abuses and the president must lead to send the clearest signal to the Judiciary that they cannot subvert the Constitution.”

A well written constitution does not only spell out who gets what, where, and when, but has within it implied or expressed intentions and ideas that make the constitution work as one unit.

When law practitioners pick and choose sections in a constitution to support their positions without strict scrutiny of the constitution as a whole, we run the risk of misinforming the very public we purport to educate.

This, I’m afraid, is exactly what the law professor has done.

First, I’m at a complete loss as to how the Court’s punishment of the trio undermines executive power. Were the trio working for the executive or is Montie Fm an arm of the government?

Second, when the good professor complains about the trio not getting a fair trial, is he not aware that most contempt cases have no trial? A judge can instantly cite anyone in court for contempt, and send him to jail.

Outside the courtroom, a court may cite anyone or any unit for contempt if their pronouncements or actions interfere with justice delivery and therefore contemptuous of the court.

Contempt of court does not necessarily have to be defined in the narrow scope as “failure to obey a court order.” Any act that seeks to denigrate the court, especially about an ongoing case can be seen as contemptuous.

The utterances of the trio went far beyond just denigration; they threatened the very lives of the justices.

For those who do not take this seriously, remember that three judges were murdered in this country due to political reasons. The courts cannot leave their security and wellbeing in the hands of executive who are likely to be the ones abusing their power. Contempt of court is the one instrument in a constitution that directly protects the integrity of the court.

Constitutional interpretation cannot be accurately done by the quotation of a single article in the constitution, but by the simultaneous consideration of all articles that directly and indirectly bear on the issue and by careful assessment, draw a conclusion that does not violate either the spirit or the letter of the constitution.

Since it is accepted that only the courts can exercise judiciary powers in a democracy, presidential pardon powers cannot be seen as a counter measure to judicial authority. Presidential pardon is a courtesy awarded the president to use at his discretion to free or alter the sentence of a convict.

But this must be done in such a way that the action does not violate the prerogatives of the courts or another section of the constitution. Contrary to Professor Asare’s assertions, pardons are not meant to correct a judicial error. Once we accept that pardons are intended to correct judicial error, it means we have violated the constitutional principle of separation of powers which gives independence to the judiciary. By this action, the president becomes the final judge over the judiciary.

Presidential pardons when used responsibly does not violate the ethical principle of conflict of interest, neither must it encourage corruption of the judicial process. Due to extenuating circumstances there are instances where clemency is called for after sentencing has been made.

For example, many black men in America have been wrongly jailed, and the evidence needed to overturn their conviction comes after the statute of limitation for the case. In such instances, presidential or gubernatorial pardon is the only mechanism left to free the wrongly incarcerated man. Indeed, such pardons also come with apologies and compensation.

Article 72 of the Constitution

Basing his position on this article alone has lead the professor not just astray, but encouraged him to make statements someone in his position should not make, and here is why:Article 125.(1) Justice emanates from the people and shall be administered in the name of the Republic by the Judiciary which shall be independent and subject only to this Constitution.(3) The judicial power of Ghana shall be vested in the Judiciary, accordingly, neither the President nor Parliament nor any organ or agency of the President or Parliament shall have or be given final judicial power.

Article 127.(2) Neither the President nor Parliament nor any person acting under the authority of the President or Parliament nor any other person whatsoever shall interfere with Judges or judicial officers or other persons exercising judicial power, in the exercise of their judicial functions; and all organs and agencies of the State shall accord to the courts such assistance as the courts may reasonably require to protect the independence, dignity and effectiveness of the courts, subject to this Constitution.

284.A public officer shall not put himself in a position where his personal interest conflicts or is likely to conflict with the performance of the functions of his office.

Taking the three articles above together, it becomes obvious that presidential power of pardon must be exercised not as a counter measure to judicial prerogatives, but purely as an act of clemency. To avoid corruption of this power, France, for example require not only the President to sign the decree, the Prime Minister and the Minister of Justice must also sign. This ensures that pardons go to well deserving convicts, not just whomever the President wants.

The call by NDC supporters and politicians for the president to use his pardon powers to free the trio is a direct challenge to the Court’s prerogatives. If this were to happen, the country would be facing a constitutional crisis in which the executive is pitted against the judiciary.

Let’s not forget that just as the presidential pardon can be invoked, nothing stops the Supreme Court from reinstating the sentence after the men are freed. Would reinstatement be considered double jeopardy, since the Court’s punishment had not be satisfied? And what kind of Supreme Court would we have after this when its authority has been purposely undermined? The invocation of Article 72 by the President to free the trio would rather subvert the constitution, not the actions of the Court.

Let the President and his men privately appeal to the Supreme Court justices for clemency. If the Court itself amends its sentence, the sanctity of the constitution is maintained.

The author, Dr Richard Amoako Baah is a lecturer at the Department of History and Political Studies, KNUST