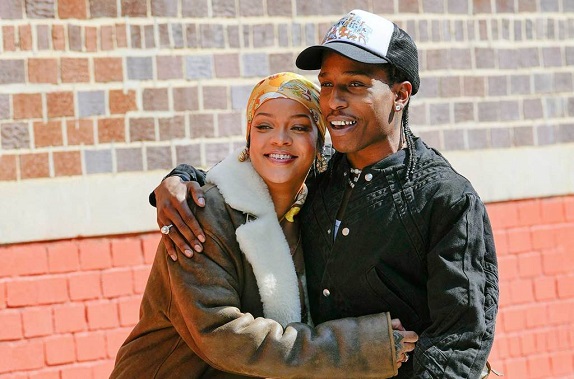 “Rihanna is pregnant,” a lady inside a café at Dzorwulu in Accra, screamed on the phone. Not sure who the recipient of the message on the other side of the phone was, but she sounded as though the world must pause and listen to her news.

“I’m so excited for her.”  She said. And with that she ended the call and walked gingerly to place her order. Spotting a nicely touched kinky hair, long earrings shaped in the form of the Africa map, black pencil heel shoes with a light green fitting skirt slightly above the knee, a long sleeve check shirt, and her perfume wafting through the airconditioned café, she ordered banana flavoured smoothie and croissant. She was again back on the phone delivering the news to another person she felt must hear the news.

Rihanna’s baby bump looks good on her, she said with a smile. She stashed the phone back inside her Woodin fabric designed bag.  She hurriedly grabbed her order and disappeared from the sight of everyone.

Rihanna really has a bestie or sister who has her back, some of the faces inside the café appeared to suggest that.

Pregnancy is a good thing and especially from an environment where women are often pressured to give birth at all cost- even at the risk of their own lives, becoming pregnant is a bid deal.

So, judging by how much this “Rihanna is pregnant” information was shared by her bestie/sister, the only conclusion will be that previous pregnancies either resulted in painful miscarriages, or that it’s Rihanna’s first at an age where medical experts often advise may be risk to the person’s wellbeing. Whichever way it was or is, Rihanna’s sister/bestie was making sure the message got drilled into every ear willing to hear the news. 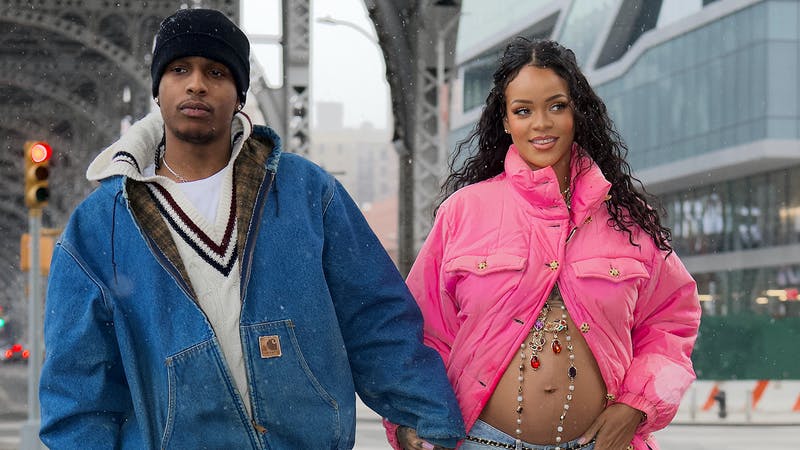 Who is this Rihanna and why should news about her pregnancy be talked about in the open, especially at food café occupied by strangers? In the past for example, that bit of news wouldn’t have come out in the open, let alone be shared at a café to the hearing of complete strangers.

In our traditional settings news surrounding pregnancies is delivered with strict circumspection.  Our own superstition means even when the baby bump is obvious that a toddler can see with the eyes, it will be denied. Evil ears are suspected to lurk around to ruin pregnancies, so one is often admonished never to talk about them in the open.

One is even advised not to go about walking around with the bump. It was an abomination. Information about pregnancies were whispered into the ears of recipients.  But things have changed. Today, photos of pregnant women flood social media without any warning.

The modern-day witches and wizards are no longer interested in pregnancies; they prefer the latest brand of iPhones and accessories or a trip to Dubai, where they can ride a donkey in the desert or shop in up market malls. No witch has time chasing around a bump.

My order soon came in. I sat on a bench away from the counter where patrons pick their food. I pulled out my phone and launched onto twitter. The very first news item I saw trending was a photo of

“Wild Thoughts” hitmaker Rihanna. She was trending at number one.

A photo of her with boyfriend A$AP-the young American rapper and recorder producer walking next to each other in what appears to be New York, was being shared by gossip starved twitter users. I soon came across congratulatory messages from Rihanna’s Ghanaian relatives on social media, who could not hide their excitement.

“Congrats sis,” wrote one popular Ghanaian celebrity, “the Lord has answered our prayer and we are grateful.”

The messages were so personal one did not have to think twice about the relationship between the singer and the GH celeb.  Who knows if they come from the same lineage?

One cannot begrudge such persons who post such messages in the current global climate, where technology has made it so easy for people to insert themselves into the personal lives of global celebrities they admire.

It is so common these days to read personalised messages from Ghanaian celebrities directed at others in the western world, either congratulating them over an award or -commiserating with them over the loss of a loved one.

I remember the sarcasm directed at one popular female hiplife artist in Ghana who posted a tribute in memory of Kobe Bryant, the late American basketball star, who died in a helicopter crash.  Her message read: “ RIP Kobe until we meet again.”

The post was innocuous, but readers roasted her for posturing as a former classmate of a man she did not even know existed until his death was announced.

I am not sure how much of the Rihanna pregnancy story has been shared or told, but it’s fair to say a sister of hers is out and about in the smouldering heat of Accra, evangelising the good news about her baby bump to new converts.