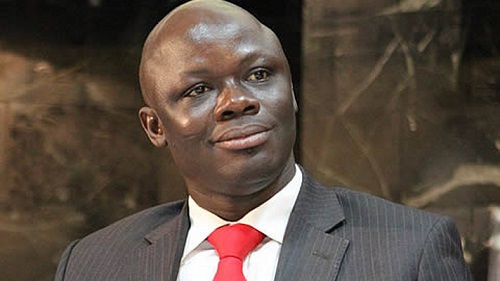 Last week, I made a promise. I am keeping to it. The rule I have imposed on myself is to avoid writing on subjects when they are up for discussion on this platform.

It is public knowledge that even the dumbest of citizens have become aware of essential hard cold facts of the case the NMC’s complaints panel ruled on last week. No truth-seeking citizen believes that sham of a ruling. That was a farcical piece by someone who sounded as though he never sat in the five-months hearing by the about six-member panel, and one who didn’t bother that piece would embarrass and damage the reputation of an important constitutional body set up to promote media freedoms and standards.

Do read these facts but check the following sacred facts from the process and tell me if this was authored by the panel, and I doubt the panel members endorsed it as a collective. It is a ridiculous abuse of the constitutional mandate of the panel and unfortunately affects the entire body known as the NMC.

1st, claim that, just like the Complaint, the Response was leaked to the public before it got to the NMC offices is untrue. We made this corrections several times when the Chairman brought it up, but he obviously wasn’t interested in the facts but this equalization. The Response was delivered to the NMC’s offices before the Daily Graphic got hold of it.

2nd, there was no issue of a purported apology in any of the documents filed by either party and same was never ever raised during the hearing, so who smuggled that in this report?

3rd, the objection to the Chairman presiding over this case was not only because it is the first time a representative of the President is chairing the NMC, but also that when he lost the bid, a party man not sworn as a member of the NMC run into the first meeting to cast the winning vote. A critical point was the fact that he was going to sit in judgment of a journalist who had written to criticize him as a partisan politician doubling as a fair-minded media practitioner. The Government was first to object to the GJA President being on the panel because of comments of commendation for this journalist and the work he did. He did not participate in the process from that day even though the objection was dismissed. Even judges do decline to preside over certain cases when no challenge of bias or potential conflict of interest is raised by a litigant.

4th, did JoyFM and Manasseh supply not-controverted documentary and video evidence to prove beyond doubt that the group didn’t leave the Osu Castle in October 2018 as government claimed without a shred of evidence? Yes! May be the panel believed government when it said even though it evicted the group upon a third attempt, it still approved a request by the group to use the Castle for a party in December 2018. Note that no evidence of this alleged approved official request was tendered.

5th, was not-controverted documentary and video evidence supplied to prove the group was a “vigilante” with a known leader of the Invisible Forces confirming it is a “vigilante” group affiliated to the NPP? Yes!

6th, was not-controverted documentary evidence supplied with the leader of the group stating the group formed in 2009 “is made up of energetic male and female NPP members across the country whose primary target is to protect the NPP members and ballot boxes in elections.”? Yes!

7th, the panel claims the group exhibited no traits of violence. Okay, is this the same group government said was removed only on a third attempt and by a joint police national security operation? The author of the documentary showed the panel private and confidential conversations between him and top national security officers, and what was that about? Yes, as heard in the documentary and as confirmed by senior journalist Kweku Baako, this group had long-running battles with National Security. Phew!

9th, when a settlements adjudication panel purports to make findings and conclusions yet is unable to grant any of the three reliefs sought by an aggrieved Complainant; the internal struggle must be very telling. A Respondent shows ample evidential proof to expose a lie that the group exited the castle at a certain time, you don’t make a categorical finding and conclusion of that?

10th, a claim of unethical journalism is made about use of a file photo for an online promo plus library tape. Evidential proof is made to show that by labeling the photo “file photo” the journalist followed international best practice, you don’t dispute that, and you don’t also dispute that the library tape was explained to be library tape, then you issue this report to claim a disagreement in use of “vigilante” or “militia” was misleading and sensational?

11th, did the pael point out any ethical breach in the process of the investigation? No!

12th, did the pael point out ay ethical breach in the content of the investigative documentary? No!

13th, do you review a movie by its content or by the thriller? Ten, so what shall we make of your “struggle” assertion that same project was in the national interest?

15th, what do you mean by the presence at the castle of this group you “struggle” to have problems with is problematic and unacceptable?

16th, Mr. Chairman, you gave up after an argument and agreed that the NMC cannot compel a journalist or media house to elect “vigilante” or “militia”. We did announce to you and we repeat that #WeAreJoy – our decision is never to call these political party thugs threatening the peace vigilante but militia.

17th, this group, whose address was the castle until a day after the documentary, advertised itself as a security agency. The Interior Ministry denied it had licence to do such. Who is enforcing the law here?

18th, did the Complainant produce evidence to back any of its claims, No!

19th, did the Respondent produce evidence to back all of its responses, Yes!

20th, is there record of proceedings, word by word, to prove every bit of the above at the hearing?

When we asked the panel to ‘to render a reasoned decision dealing with each and every plaint of the Complaint vis a vis the heads/basis of each response in the Response” at paragraph 24 of our Response we only sought to guide it to do a professional job that would benefit all and endear it to all. What a lost opportunity?

Clearly this was not a case of government serving the citizens or the NMC panel serving the public interest. Hear Kojo Yankson in less than five minutes.

Sometimes it may be okay to leave people to their conscience and to God.