'Should we do a Merkel?' by Elizabeth Ohene 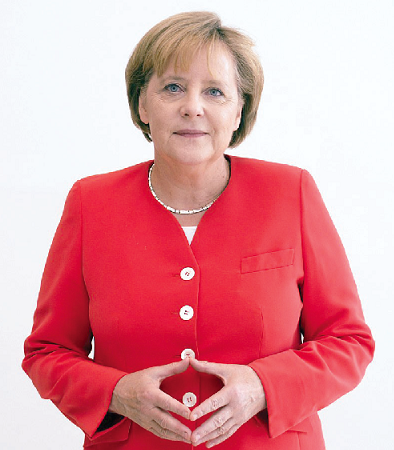 Sixteen years is a very long time. I have living proof of what 16 years looks like in my house. My favourite niece Akua of Dwaben and Abutia was born 16 years ago, she is taller than me and a fully grownup young lady.

Sixteen years ago, John Agyekum Kufuor was the president of Ghana, Tony Blair was the occupant of 10 Downing Street, George W. Bush was in the White House and Hurricane Katrina came calling. And that is when Angela Merkel became chancellor of Germany back in 2005.

A friend of mine asked plaintively last Sunday how come a big Western democracy like Germany is allowed to have a leader at the helm of affairs for 16 years and if something like that happened here â€œthey will say we are undemocraticâ€?

My friend was not impressed by the explanation that the system they have in Germany allowed the Chancellor to run for office over and over and Angela Merkel had stood for election four times as Chancellor and could have stood for a fifth term.

I had never got around to deciding if I liked or didnâ€™t like her. This was strange since I am usually quick with my likes and dislikes.

In the case of Angela Merkel, it was enough that she was there, solid and reliable. Now that she has gone, I have discovered I am rather fond of her.

Probably the most poignant evidence that her departure marks the end of an era is that the constituency seat that Merkel has won and held since 1990, has been won by a young woman who was born in 1993, three years after Merkel first won the seat.

The fact that the 27-year-old new occupant of that seat won it on the ticket of the SPD, the old rival party of Angela Merkelâ€™s CDU, just emphasises the change.

In her 16 years, Merkel has certainly dominated Germany, Europe and the world. And yet there wasnâ€™t anything to show at the beginning she would last as long as she did. Her rise and longevity baffle the experts.

How did she take over a political party which had been held for half a century by conservative males and won four successive elections? And yet, not only did she do it, even her name, Merkel, has become a word which describes a way of doing politics.

Professor Matthew Qvortrup, who is the chair of Political Science and International Relations at Coventry University, and wrote a biography of Angela Merkel, goes further to use the word as a verb.

To merkel, is to think about things, to consider things carefully, to read a report through over and over again. To calm down and then make a decision.

To merkel is to be sensible and cautious. To do a merkel means you wouldnâ€™t make a decision quickly without thinking through every possible outcome.

To do a merkel means you have a personality trait that doesnâ€™t carry you far in politics in many countries: seriousness.

The public relations people would advise that you soften your image and not be serious. Angela Merkel appears to have flouted everything in the rulebook and survived for 16 years.

The story is told that for her 50th birthday party, Mrs Merkel invited her friends to a lecture on the biology of the brain. I donâ€™t know how she got away with that one, but she did. She is an intellectual and a polymath who is not afraid to show it.

We are all told that to be a successful politician, you must have charisma, or you can forget it.

Frau Merkel certainly has no charisma and when she is described as stodgy, I am sure it is not meant to be complimentary. The experts say she was not a visionary but a manager.

They might not intend that to be complimentary, but the good manager who insisted on budgetary discipline and respecting the letter of treaties certainly made more of a success as the leader of her country than many of her contemporaries.

Insisting on budgetary discipline meant she was not popular with the Greeks and Italians, especially during the euro crisis, but they are probably now even if reluctantly, grateful that Chancellor Merkel kept her nerves during those trying times.

Insisting that the letter of treaties be respected did not make her popular with the French either, the neighbours with whom they have always had fractious relations.

But as someone who knows about these things has put it, Frau Merkel has driven more than one French president crazy and exhausted four of themâ€¦ Chirac, Sarkozy, Hollande and Macron.

Strangely indifferent to the trappings of power, she stuck to her uniform of a pair of trousers and a jacket throughout.

She spoke about complaints coming into the chancellery that she had worn the same jacket three times in two weeks.

She was obviously unmoved and the most emphatic demonstration of this was probably when she wore the same evening dress to the Bayreuth Festival in Bayreuth on July 25, 2008 and again on July 25, 2012.

But then, she wasnâ€™t making any point, Quantum Physicists tend to have more things on their minds than clothes.

Against all the odds she became a pop icon and entered the consciousness of the world. Mugs, T-shirts and even lemon squeezers are sold in her image.

She might not call herself a feminist but she made a lasting point for women in leadership. It counts for something that a boy asked her â€œCan a boy also become a Chancellor?

The story I like best about Merkelâ€™s time in office is about an encounter she had with the Russian President, Vladimir Putin, in his home in Sochi in 2007.

We are not told if the discussions had reached a particularly sticky stage, but Putin called his black Labrador Koni into the room. As the dog approached and sniffed her, Merkel froze, visibly frightened. (She had been bitten once by a dog in 1985).

Her fear of dogs would certainly have been known to Putin, it is the type of information that is put in the pack for presidents when someone is coming to visit.

Putin sat back; legs spread wide and enjoyed the moment. â€œIâ€™m sure it will behave itself,â€ Putin said.