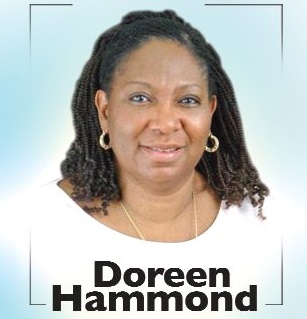 Recently on social media, there were pictures of the Ghanaian female actress, Nana Ama McBrown, displaying different postures of her pregnant self.

Apparently, this was in response to those who were arguing that she had used a surrogate mother to deliver her newborn. She, therefore, showed her real baby bum, with the linea nigra, for the avoidance of doubt.

Not too long ago, it was unheard of for women to take pictures during pregnancy, not to talk of showing them in public.

It was also not common to announce the pregnancy until the baby was born.

The woman would adopt all kinds of ways to hide the pregnancy, including using her handbag to cover up and wearing clothes that would not give her position away until it was so advanced that she could not do anything else to hide it.

Even if you saw it and asked, she would find a way to brush it aside or make a joke of it.

This culture was in contrast to what pertained in other lands where as soon as the menstrual period is missed, the woman goes announcing the good news to everyone who cared to listen.

Our situation was so because it was believed that if you flaunted pregnancy, evil eyes were likely to snuff the life out of the unborn. It seems a way of showing modesty or humility.

Even though I haven’t seen too many of such pictures, it appears Ghanaians are gradually changing this culture.

As to whether that means that we, as Ghanaians, are getting less superstitious is something I cannot tell because we still hold dear certain things that do not indicate so.

Read also: I am not untouchable. I just have my period.

For instance, there persists the culture and belief with certain traders that if a female is the first customer, the trader is likely to make bad sales that whole day.

I do not know how this originated but some of these traders hold this belief so strongly that they would adopt all sorts of “delay tactics” to even annoy the first buyer who is a female to make her leave.

I was stunned one evening when the kelewele seller told me to be patient until she served a male first and gave me this reason.
Under the pretext of protecting females, trotro drivers would not allow females to sit in front.

On the back seat of taxis, the males would squeeze the female in the middle, saying that sitting near the door was not safe.

However, if all his passengers for the trip are females, there is no concern. But we all know that the middle of the back seat is not a very comfortable place for anyone, be they male or female.

Even on the bed, males would lie at the edge of the bed while the female lies behind.

So what changes when there is no male at home? In modern times, where we are seeing many single mothers doing everything single-handedly, is there no more protection in this direction?

Well, some of these ways of doing things seem to be changing albeit slowly but there is one that may not change any time soon because it is one of the beliefs or rather culture that characterises the real Ghanaian.

I am referring to the habit of not accepting the use of the left hand in daily interactions. In other words, using the left hand to collect items from someone is considered offensive in the same way that “you would not point at your mother’s house with your left hand”.

A chief and former chairperson of the National Media Commission, Nana Kwasi Gyan Apenteng, explained to me in a chat that 90 per cent of the global population is right-handed and that most people use their right hand to shoot, strike or otherwise assault a person.

Therefore, the most important sign of peace is an unarmed right hand.

When you offer the right hand to greet, you are declaring friendship and peace, therefore, when you use the right hand for any interaction you are saying in effect that you have nothing to hide. Furthermore, because we are mostly right-handed, we use the left for “other things” like cleaning our back side.

That seems to be where the real offence to the Ghanaian seems to emanate. So even when the Ghanaian’s right hand is occupied, he/she must try to wave with that same right hand and not the left else it means disrespect.

If it becomes so unavoidable then using the left hand is accompanied by the phrase “sorry for left”.

I often hear this phrase from vendors, especially, and wonder why it is not in any of our local languages but English. Once that phrase accompanies the left hand, there is no offence.

Other peoples have what characterise them but this and others make us who we are. Once this does not cause harm, let us go on, “Sorry for left”.