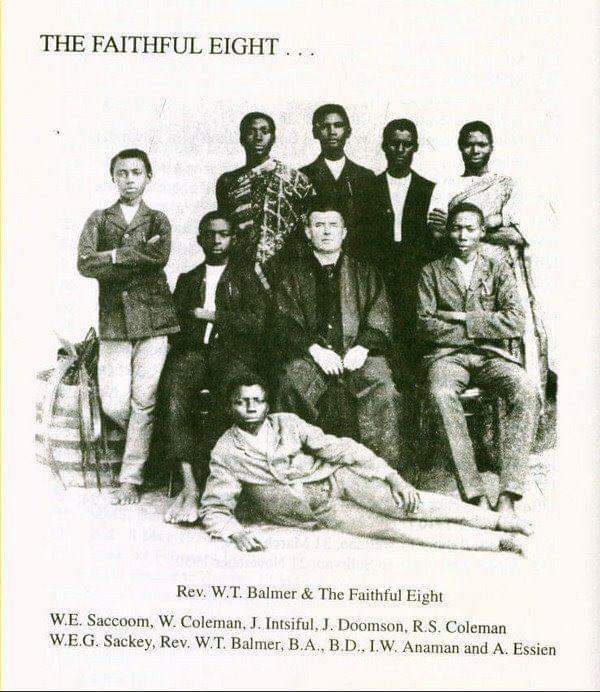 Mfantsipim School is a high school in Cape Coast, in Ghana. It was established by the Methodist Church in 1876 as an all-boys secondary school dedicated to fostering intellectual, moral and spiritual growth.

Its foundationâ€™s name was Wesleyan High School and the first Headmaster was James Picot, a French scholar, who was only 18 years old on his appointment.

John Mensah Sarbah, who came up with the word â€œMfantsipimâ€ stated at the opening of the school that its aim was â€œTo train up God-fearing, respectable and intelligent ladsâ€.

Wesleyan High School changed its name to Wesleyan Collegiate School before the end of the 19th Century. The name â€œMfantsipimâ€ was provided by the Honourable John Mensah-Sarbah, an accomplished lawyer and a member of the â€˜PIONEER BOYSâ€™. Mfantsipim, he insisted, was to be the â€œSOUL OF THE PEOPLE.â€

Several heads served the school with distinction. The Reverend W. T. Balmer came in 1907 and could be considered as a â€˜stabiliserâ€™. He met only eight dedicated boys in Mfantsipim with neither a teacher nor a Headmaster, the then headmaster having left for the United Kingdom.

He called them the faithful eight.

The Reverend R.A. Lockhart arrived in 1925 and laid a solid foundation for progress. He built classrooms and dormitories on Kwabotwe Hill and finally brought the school to the present site in 1931. He was also the main architect in bringing the Cambridge School Leaving Certificate Examination into the Gold Coast, now Ghana.

Dr F.L. Bartels built on the foundation of the former heads. His main period as a head stretched from 1949 to 1961.

Mfantsipim was the first secondary school to be established in the Gold Coast and in 1931 it moved to its present location at Kwabotwe Hill in the northern part of the Town, at the top of Kotokuraba Road, Cape Coast. The school sometimes has been referred to as Kwabotwe for that reason.

Today, on the Kwabotwe Hill, a monument stands between the assembly hall and administration block in honor of â€˜The Faithful Eightâ€™.