'The homosexual debate' by Stephen Apedo 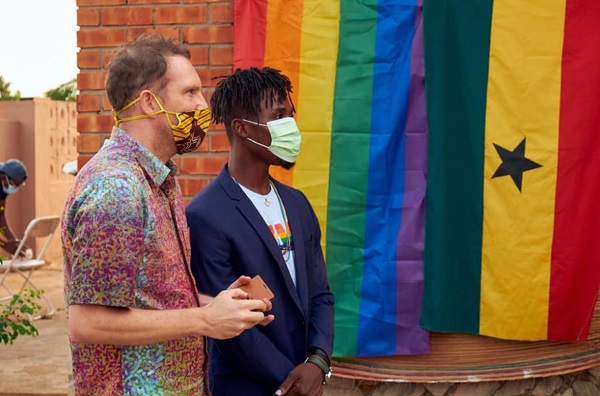 Recently, before my first lecture on fallacies, I gave my Logic and Critical Thinking Class this test, ‘A group of eminent doctors have written to Parliament that abortion should be legalised because we should not criminalise rights.

Therefore abortion should not be criminalised.’

Ninety-nine per cent of the respondents in a class of 300 held the argument to be valid, while one per cent gave nebulous answers.

In verbal responses, all the students stated that since doctors were authorities on human health, they were well-placed to posit such an opinion.

My response was that the fact that doctors are against the criminalisation of abortion does not make their argument valid, since they are not the appropriate authorities to vouch an opinion on ethical issues.

Recently a group of 18 eminent professors, lawyers, and human rights advocates issued a statement which damned the criminalisation of gay rights.

People have respect for the famous, but an expert or eminent person's judgement constitutes no conclusive proof, for they can be wrong, though an expert in a field of competence may carry some weight, when he or she comments on issues in other areas of endeavour.

But where issues of rational judgement are concerned, such an expert’s conclusion may derive from false assumptions.

Though the arguments of the group make their fallacious appeal tempting, their views are intellectually dangerous, because they have elevated the concept of freedom of choice to same position as an oracle.

Arising from that too is Prof Akosua Ampofo's posit that “one should not legislate on morality. If two consenting adults do something that does not affect me, I'm not sure how we want to criminalise that.”

Ironically, God legislated on morality when he ruled that nobody should sleep with his neighbour's wife; should not engage in incest and sodomy, and many more (see Leviticus).

The October 4, 2021 issue of the Daily Graphic states that the Catholic Church has criminalised sex abuse, child pornography.
Even, paedophilia and sodomy have now been stated as crimes under canon law.

That is why freedom of choice is circumscribed by inhibitions that are inscribed in civil, moral and spiritual laws.

While civil laws are actuated by state institutions, they are deemed to be nugatory when they do not contain the moral and spiritual temper; for the spiritual law enacted by God Himself supercedes all civil laws.

The moral behind man’s fall in Eden is that when our — desires (love of self and the world)) drive our thoughts, cravings and pleasures, they point to sensual inclinations that are hellish (as the serpent in Eden).

When the Lord moves us away from cravings and evil pleasures, we turn away from evil, and we are brought into heavenly freedom, which is true freedom, which differs from hellish freedom which drives the argument of the group.

From our freedom of choice, we are capable of eating from the tree of the knowledge of good and evil, the latter being the prefered choice of the group.

The love for what is evil in the name of freedom of choice is thus horrible and hellish.

Stemming from the above, homosexual acts are a gangrene that should be burnt with a hot iron, else they fester and like filth, engulf the whole society in moral depravity.

The writer is a lecturer,