To cane or not to cane students? 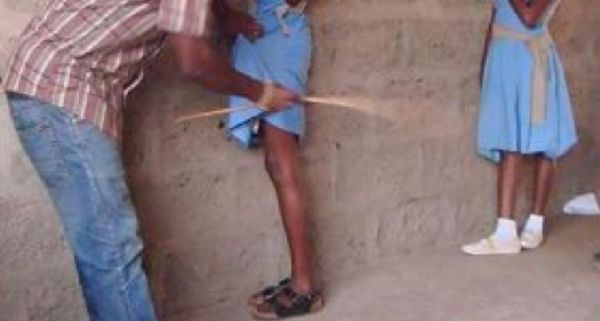 To cane or not to cane students?
Shares

Though corporal punishment has been outlawed in schools in Ghana, with many reminders, the practice is still ongoing.

The aggregate sound of strokes to the bodies of pupils and students every day could bring down walls.

Infractions for which pupils are whipped include lateness, talking in class, improper dressing, low marks in tests, especially dictation, cheating, stealing, fighting, among others.

Sometimes, the inability of pupils to provide certain items such as brooms for the school could attract whipping.

In fact, pupils and students could suffer corporal punishment at the whims of teachers.

To whip pupils and students or not to whip them, is a big debate in Ghana.

The trend across the world is to stop corporal punishment in schools.

In the past, the practice was announced regulated but outright ban in Ghana was in 2017.

It was replaced with the Positive Discipline Toolkit.

The toolkit, the Ghana Education Service (GES) statements indicated, contain “positive and constructive alternatives to correcting children.” There is also the head teachers’ handbook as guide.

The edict of the GES is that “teachers shall not administer any act of corporal punishment or any act that inflicts physical pain on the children or causes physical harm to their pupils/students such as pushing, pulling, hitting and flogging”.

Many children, having been inflicted with corporal punishment for many years, are simply unable to comply.

Some others have sought implicit support of GES staff, especially circuit supervisors.

The simplistic understanding of the Biblical proclamation “spare the rod and spoil the child,” is a strong inspiration for supporters of corporal punishment.

Mr Emmanuel Keteku, a former Volta Regional Director of Education, is against inflicting pain on schoolchildren to get them to do what is right and even outraged about using it in pedagogy.

He said it was unimaginable, the number of people who dropped out of school because of the practice and suggested teacher-trainees should be introduced to the humane new punishment modules.

Mama Sewa Fenu III, Queen of Taviefe, in the Ho Municipal, is on record to have said caning in schools had made many Ghanaians shameless or timid.

The queenmother, when she made the remark, in an interview with the Ghana News Agency at a passing out ceremony of nursing students of the Ho Nursing College, was head of a public school.

“In school they (pupils and students) had to lie, if they could, to avoid the strokes of the cane and so they have grown up with it,” she stressed.

Studies by the academia across the world overwhelmingly disapproves of corporal punishment.

The recommendation of the UN to countries is to “abolish all corporal punishment and develop public education campaigns to promote positive non-violent discipline in the family, schools and other institutions”.

Ghana, as signatory to all charters on the right of children, has been battling the practice for some time now.

The experts would have to find out whether the unending use of corporal punishment in schools is not contributing to whipping out critical thinking, assertiveness and self-confidence among Ghanaians.

Yet, they must strive to remain teachers, handling pupils of different personality types and not terrors.

The GES must go beyond issuing policy statements in the media and workshops whose effects might only be transient.

The service must find ways and the budget to sustain policies.

There is also the urgent need for the GES to establish cross-sectoral cooperation with the Departments of Children, Women, Social Welfare, even the Domestic Violence and Victim Support Unit (DOVVSU) of the police among others as it pursues its mandate of overseeing schooling in the country.