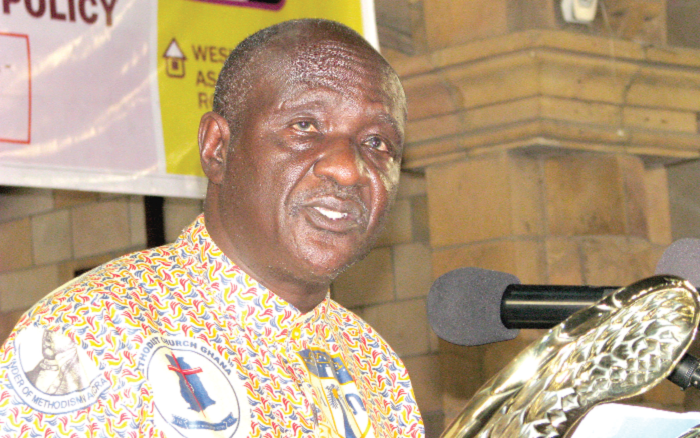 In a recent statement, the GES reiterated the ban on caning in primary and secondary schools and ordered the schools to immediately adopt a new disciplinary toolkit together with alternative sanctions as measures for correcting pupils and students.

The GES statement, signed by the Deputy Director General, Anthony Boateng noted that, “This is in view of the Positive Discipline Toolkit containing positive and constructive alternatives to correcting children was developed in 2016 as a component of the Safe Schools Resource Pack.”

The tool indicated that “apart from the physical pain corporal punishment inflicts on children, this approach also causes significant emotional damage. Some of the lasting effects of this method of disciplining school children include physical scars, emotional scars (trauma, fear, timidity etc.) and violent behaviour.”

Steps to address inappropriate student behaviour as suggested by the toolkit include setting class rules with students, encouraging them to be of good behaviour, getting students to recite statements periodically to confirm their adherence to standards of behaviour set for the classroom.

They also include explaining to the child why a particular behaviour he or she has exhibited is unacceptable.

Again, punishments recommended for children as suggested by the toolkit include withdrawal of responsibility or removal from a leadership position, cleaning, changing of seating position, assignment of extra tasks and writing of lines, eg. A full book of “I will never talk in class again.”

In an interview with citinews monitored by PrimeNewsGhana, Rt. Rev. Samuel Osabutey said placing a total ban on caning, will have dire consequences on general discipline among students.

He stated that “Change for the sake of change does not do anybody any good. I don’t think that in those days when the people were being caned, they were being abused; because there were rules and regulations within which people had to be caned; and the GES must be careful and not just give a blanket instruction. I don’t know what pertains now, but in an older document for teachers when teachers used to cane, there were specific rules on canning; the caning was commensurate to the offence.”

“…So if others are abusing the rules, it doesn’t mean we should remove canning. We’re not saying the canning will solve the problem; but if we also leave it entirely out, we’re weakening the hands of the teachers who are supposed to apply discipline. Discipline is not only about canning; I agree. But it is also one of the things that at least; put some kind of fear of God, let me put it that way; in the life of students. Yes; I agree that some teachers can abuse it, and those teachers must be punished; so the GES should not say that there should be no canning at all” he argued.

The Methodist bishop added “Now what other disciplinary measures are we supposed to take? All of us are looking for better ways of making sure that the child’s character is formed. I agree that canning is not the only means of discipline; but at the same time, whiles we’re reviewing that, we should find alternatives that will ensure that the teachers are empowered to exercise discipline, and I don’t see that.”

The Methodist Bishop cautioned  Ghanaians not to copy wrongly the way children are brought up in so-called developed countries and given excessive freedoms, which have in most cases become detrimental to those societies.

According to the bishop, “Children are getting away with a lot of things in the schools in the name of child abuse; and people are talking about human rights. In other jurisdictions like the US and elsewhere where we find out that children have been given the freedom even to carry guns and things like that; and they’re able to challenge their parents and things like that; it’s a foolish behaviour pattern which we have copied with the excuse of freedom of speech; freedom of liberty for the student; the student must not be coerced and all that…”

“…But they know that traditional America was not like that. If you trace how these children have become undisciplined and can even shoot in the so-called American schools, you realize that the real cause is a breakdown in discipline from the child. So a child is now able to send the mother to court for disciplining the child at home; he can cause the arrest of his teacher for canning him; so now the teachers are afraid even of the children.

He further indicated that ''So the way we’re going about relaxing discipline in the schools; one day we will wake up and our children will kill all of us” he cautioned.Rt. Rev. Osabutey is also unhappy about what he calls excessive emphasis on the teaching of subjects in schools with very little focus on character formation. He also expressed concern about the disconnect between the values children are taught in church and the community, against what is offered in the school set-up,''he said.

''And that’s why I said when even sometimes children are disciplined, you see parents coming to attack. But the point I am trying to make is that all these agencies which have been given the opportunity to mould the child, should be one and accept the same discipline or the same moral code; so that when the child is at home, what he’s taught at home, when he gets to school and in the community it must be the same”.

Rev. Samuel K. Osabutey emphasized that,“I may be educating my child; in the church, of course, we have avenues for training our children through the Sunday school, the child goes into the public sphere, gets into a school system, and if the same thing is not followed through, there’s a breakdown, so we confuse the child as to which moral values the child should take; that’s why I call it an ecology''.

The Accra Diocesan Bishop noted that  ''If you have a child at home depending on your faith; whether you’re a Christian or a Muslim, and you’re training the child to live a certain lifestyle; if your child gets to the school and that thing is not enforced but rather played down, it becomes a problem; that’s where you have confusion. The child now further moves into the larger community; who also show him or her something different, it will not be helping the child. So the challenge now also rests with the schools together with the church. The schools and the churches must cooperate to ensure that what we’re teaching in the churches, are the same things being taught in the schools”.