Today In History: Fearless Yaa Ansantewaa led the Ashanti war against the British over the Golden Stool 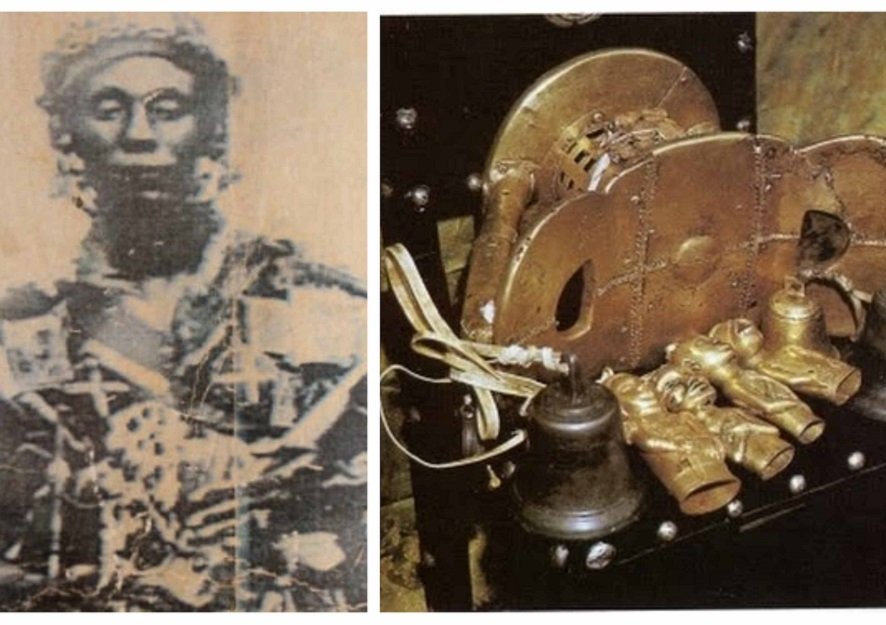 The “War Of The Golden Stool” or the “Yaa Asantewaa War” began on this day in Ghana after British rulers insulted the proud Ashanti tribe in 1900.

The British Imperial government of the Gold Coast and the Empire of Ashanti clashed over the tribe’s Golden Stool throne, and a woman, Yaa Asantewaa, led her people in the month’s long battle.

The war was the final result of a series of discussions and conflicts between the British colonists and the Ashanti people, which was centered around the Golden Stool throne. According to Ashanti legend, the high priest Okomfo Anokye summoned the Golden Stool from the skies to land in the lap of the first king, Osei Tutu.

The stool is believed to hold the spirit of the entire Ashanti people. Therefore, the British made an egregious move on this day when the then governor, Sir Frederick Hodgson, demanded to not only sit upon the throne but also for the Ashanti to hand the throne over to them. 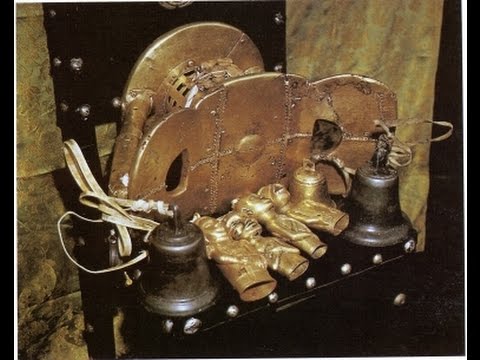 Because the Ashanti respected other warriors, they greeted Sir Hodgson as an honored guest in Kumasi complete with all the revelry expected. King Prempheh I, who warred with the British in 1893, was in exile thus putting Sir Hodgson in the position to demand the stool and lands under the order of the Queen of England.

The only known account of Sir Hodgson’s speech that sparked the war is as follows:

Your King Prempeh I is in exile and will not return to Ashanti. His power and authority will be taken over by the Representative of the Queen of Britain. The terms of the 1874 Peace Treaty of Formena, which required you to pay the costs of the 1874 war, have not been forgotten. You have to pay with interest the sum of £160,000 a year. Then there is the matter of the Golden Stool of Ashanti. The Queen is entitled to the stool; she must receive it.

Where is the Golden Stool? I am the representative of the Paramount Power. Why have you relegated me to this ordinary chair? Why did you not take the opportunity of my coming to Kumasi to bring the Golden Stool for me to sit upon? However, you may be quite sure that though the Government has not received the Golden Stool at his hands it will rule over you with the same impartiality and fairness as if you had produced it.

Sir Hodgson’s bold words fell upon the ears of the Ashanti in attendance at the gathering, angering them with his disrespect and flagrant insult of demanding the Golden Stool.

In a meeting later on to discuss the disrespect shown to the Ashanti Empire, Yaa Asantewaa challenged the male elders when it appeared there was a disagreement on how to retaliate. Here is an account of what she said:

Now I see that some of you fear to go forward to fight for our king…in the brave days of Osei Tutu, Okomfo Anokye, and Opoku Ware, chiefs would not sit down to see their king to be taken away without firing a shot. No European could have dared speak to chiefs of Asante in the way the governor spoke to you this morning. Is it true that the bravery of Asante is no more? I cannot believe it. It cannot be! I must say this: if you, the men of Asante will not go forward, then we will. We, the women, will. I shall call upon my fellow women. We will fight! We will fight till the last of us falls in the battlefields.

So Sammy Gyamfi is not aware that Mills investigated Mahama?

The carnage on our roads

Consequently, the British returned with a larger armed force but were still met with resistance by thousands of Ashanti warriors. Queen Mother Asantewaa bravely defended her lands and did her best to inspire her people to continue the fight.

Her valiant efforts, although impressive and largely effective, would eventually get vanquished by the better-armed British forces in September of that year.

While she and other resistance fighters were captured and exiled, they successfully defended the Golden Stool from capture.

Yaa Asantewaa and other fighters were exiled from the Gold Coast to Seychelles, with the Queen Mother dying in Seychelles on October 17, 1921. Three years later, King Prempeh I returned from exile and would give Yaa Asantewaa a proper Ashanti burial.

Why is the Golden Stool so indispensable to the Ashanti Kingdom?

If the Golden Stool was ever to be destroyed or captured by the enemies of the Asante Kingdom of Ghana, the whole kingdom would descend into chaos.

The above is said to be the warning given by Okomfo Anokye, the priest or traditional healer of the Ashanti empire who is revered as the greatest and wisest sage of the Asante people and would cofound the Asante empire.

The Golden Stool is a curved seat 46 cm high with a platform 61 cm wide and 30 cm deep. Its entire surface is inlaid with gold and hung with bells to warn the king of impending danger.

As a symbol of nationhood, and because it contains the soul of the Asante, the Golden Stool is considered to be so sacred that no person whatsoever is allowed to sit on it.

According to legend, Okomfo Anokye – then a friend and advisor of Osei Tutu (the Ashanti king at the time) – over 300 years ago, called a meeting of all the heads of each Ashanti clan.

The agenda was to unite under one of the chiefs whose stool would be greater than all the other stools, and any chief enstooled by any of the states was to swear the oath of allegiance to him.

Oral tradition has it that the meeting was also Osei Tutu’s carefully thought-out plan to overthrow the Denkyira, a neighbouring kingdom and a highly developed Akan state that was quickly growing and gaining dominance over other southern states in the 16th and 17th centuries.

During the meeting, Okomfo Anokye conjured a mysterious golden stool from the heavens which landed on Osei Tutu’s lap, meaning that he had been chosen by the ancestors and the gods as the “unquestionable king of the kings of the Asante Nation.” 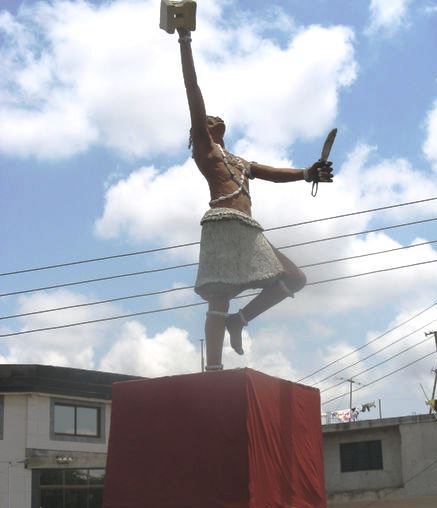 “Fingernails and small collection of hair from each chief were collected, all was burnt and the ashes, some smeared on the gold stool and the rest was mixed in palm wine for all the chiefs to drink. Okomfo Anokye told them that the gold stool contained the spirit and soul of the Asante Nation. The portion they drank meant that they had sworn to the gods and ancestors, which meant they had taken an oath to unite and forget their past individual histories. Nana Osei Tutu took the oath of allegiance to the golden stool and all the chiefs, and each of them, in turn, took an oath of allegiance to Nana Osei Tutu and the oath never to raise arms against the Golden Stool. That was the beginning of Asante Kingdom. Nana Osei Tutu was, therefore, made the first King of the Asante Kingdom,” according to records by the kingdomofasante.com.