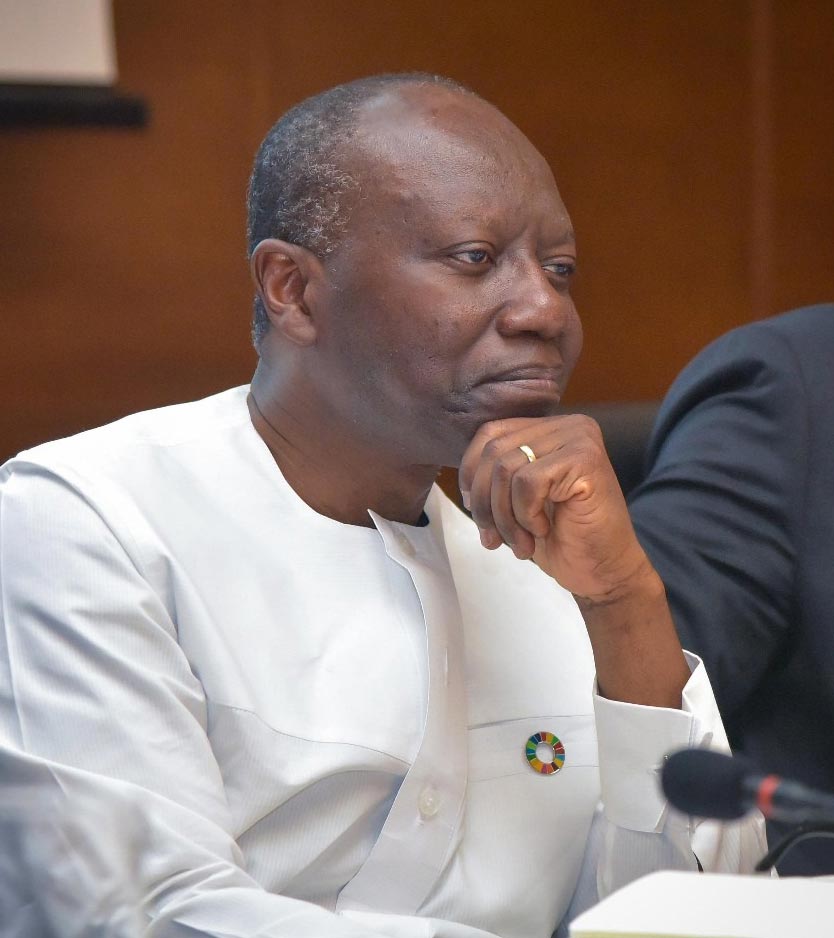 How does Ken Ofori-Atta feel listening to findings from the latest nationwide socio-economic survey?

They reveal that 59 per cent of Ghanaians think the country’s economy is headed in the wrong direction.

On Wednesday evening, the radio stations called in the experts for comments. One was a National Democratic Congress (NDC) economist.

He was literally pleading with the Finance Minister to “make a call to the IMF for a bailout”.

Ken may have stopped his ears, dismissing the suggestion as coming from an opposition party that has always, since 2017, been looking for opportunity to equalise, in order to thump their chest that “ the New Patriotic Party (NPP), too, has gone to IMF”.

Then came the shocker. Next on air was an NPP economist, Dr. Assibey Yeboah, one-time Chairman of the Parliamentary Select Committee on Finance.

He agreed with the NDC caller that the economy was so tattered it needed an IMF bailout!

In 2014, when the NDC ran to IMF, I gave up on Ghana. Yes, everybody, even America, borrows, but to have gone 14 times to the IMF was like saying that Kwame Nkrumah was wrong in asserting that the African could solve its own problems.

I am not a learned economist, and I don’t need to be when hunger is pouring acid into my lungs; when prices of goods are getting out of hand; when I pay more for fuel every month, etc.

These are signs that the man in charge of the economy has failed me. There is only one name I know: Ken Ofori Atta.

Vice-President Bawumia carries a worse verdict. There is no Ghanaian above 15 today who does not remember Bawumia’s charge against the NDC, describing their borrowing as excessive.

Today, six or so years later, has Bawumia borrowed!

But is the NDC the answer?

Ex-President Mahama, in his first State of the Nation address announced that “Mr Speaker, the meat is now down to the bone”.

Who ate the meat? At the time Mahama made this confession, the NDC had been in power since 2009.

He himself had just taken over from Professor Atta Mills in 2012, an NDC government in which he (Mahama) had been the Vice-President.

I don’t like the E-Levy, but how much less or more anti-poor is it than the NDC’s imposition of a tax on condom and farmer’s machete?

Even kayayei, the poorest of poor, were taxed by Mahama’s government.

The verdict is clear: both the NPP and the NDC have proved incapable of managing Ghana’s economy. Life is hard for Ghanaians.

But was life any better under any of our four military adventurists?

The verdict of history is that Ghana’s woes can to be traced to military adventurism in government.

Less than two years after the NLC coup that overthrew Nkrumah, its Chairman, Lt Gen. Ankrah, was pressured by his colleagues in government to step down because he had collected GH¢6,000 bribe from a Nigerian businessman, Nzeribe; three years after overthrowing Busia’s Progress Party government for devaluing the cedi, General Acheampong’s NRC devalued the currency; Rawlings killed the generals for corruption and declared “One House, One Toilet” but at the time of his death, he was in a house with multiple WCs and he had allegedly taken a bribe from Nigeria’s General Abacha.

My case is simple: Ghana does not need a military ruler, no matter how hard life is now.

Now to the Minister of Roads.

I agree with the NPP General Secretary, John Buadu, that GH¢78 million from road tolls is pittance compared with the GH¢6.9bn expected from the E-Levy.

Should that, however, be the reason a Roads Minister would rush to close down all tollbooths in Ghana within 24 hours of the 2022 Budget presentation?

It’s been five months since the tollbooths were closed.

Is it inconceivable that five months revenues from them could buy tables and chairs for hundreds of schoolchildren who sit in dust on bare earth or go to schools under trees?

The Ewes say the fool is the man who throws away the water in his pot just because he has seen signs of rain.

John Agyekum Kufuor was right in repeating the words of Jesus Christ, that the poor will always be with us.

An American evangelist in the 1980s used to advise that “the only way to help the poor is not be poor yourself”.

He was so wealthy he had an entire wardrobe for neck ties, a wardrobe for suits and rack upon rack of shoes, yet he never gave alms.

The Roads Minister has no poor man in his family.