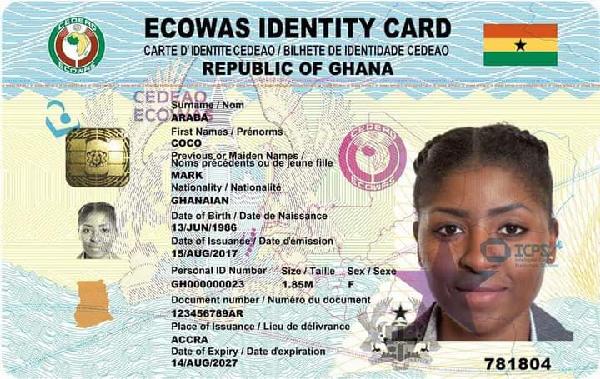 Some 1,283,479 cards remain uncollected, for various reasons, including some needing updates, people unable to locate their collection points, while others are also not showing up to collect them because they “feel they have no need for them now.”

Addressing a press conference in Accra last Friday, the Executive Secretary of the NIA, Professor Kenneth Agyeman Attafuah, said while his outfit admits that there were some challenges with the issuance of the cards, it could not be blamed solely if some people did not have their cards yet.

He said some Ghanaians had failed to take advantage of the various opportunities for them to go for their cards at the decentralised levels.

“We still have some cards issued during the mass registration exercises in 2020. I was in Koforidua about three months ago on a monitoring exercise. I called someone whose card was ready to come for it. That person said it was not time for the collection of cards and that he would come for it when he had need for it.

“Some Ghanaians are even making demand to be given money before they will go for their cards,” he said, and cited an incident that happened at Akim Oda where a woman had asked for money before she would go for her card.

Those challenges notwithstanding, Prof. Attafuah gave an assurance that the NIA would ensure that all people who had registered were able to go for their cards, since the cards had already been printed at a cost.

Prof. Attafuah said the NIA was working around the clock to ensure that the cards were issued, noting that at the moment people who had registered but did not have their Ghana cards yet could still be verified, when need be, as remarkable progress had been made with the data harmonisation effort.

He explained that with a memorandum of understanding (MoU) signed between the NIA and the various outfits over data harmonisation and use, all the agencies requiring the Ghana Card as the only means of ID for business transaction — the Bank of Ghana (BoG) and 24 universal banks, as well as mobile network operators — had been successfully connected to the NIA’s verification system platform following the process, so once they had that system, verification was possible and easy.

“Between 2018 and 2022, the NIA has executed an MoU for the delivery of data harmonisation and integration services with the National Health Insurance Authority (NHIA), the Social Security and National Insurance Trust (SSNIT), the Ghana Revenue Authority (GRA), the Students Loan Trust, the Driver and Vehicle Licensing Authority, the BoG, the ARB Apex Bank, the 24 universal or commercial banks in the country, as well as Airtel/Tigo, MTN, Vodafone and GLO.

“It must, therefore, be appreciated that Ghanaians who have registered but have not yet been issued their Ghana cards can still be verified by the banks and the telecommunication companies if the verification devices specified by the NIA are available at these facilities,” he said.

Unlike the initial identity card that was issued between 2008 and 2017, the Ghana Card currently being issued, Prof. Attafuah said, was a digitalised source of identity, aimed at ensuring that the country had a single source of truth in identity management activities.

That, he indicated, would help sanitise the ecosystem when it came to self-identification and group identification.

“Our robust national identification system will ensure that there are no debates, arguments and contestations about who you are in terms of your age and citizenship.

“So questions about electoral conflicts, issues about disputes, voting rights and entitlements and all those things will and should soon become things of the past,” he said.

He said the card was a dual interface smart biometric ID card with multiple functionalities.

“The security features are legendary, and it is one of the best cards you can find anywhere in the world,” he said.

Prof. Attafuah advised citizens who wished to register for the card to book appointments before visiting the registration centres to facilitate fast and easy registration processes.

With regard to the non-citizen national identity cards issued to foreigners legally resident in Ghana, Prof. Attafuah said so far 161,007 had been issued to people from 202 countries.
Of the number, Chinese residents had the highest number of 34,712 cards being issued to them, representing 22 per cent of the total number of foreigners who had been issued with the cards, he said.

The NIA Executive Secretary said Nigerians were second, with 25,873 cards, followed by Indians with 20,110 cards.

He could, however, not tell why Chinese topped the list of non-citizens registration, as reasons for being in the country and applying for the Ghana Card were not a criteria for registration.

He was quick to add that in dealing with matters like that, it was important to be careful not to single out a particular country and interrogate its citizens, as it could end in xenophobia.

“It wouldn’t be pleasant if you’re interrogated and treated differently from other countries because of the country you come from and some things some of your citizens have done,” he said.

The NIA Executive Secretary gave an assurance that the authority had a robust system to verify all cards of citizens for the purpose of transacting businesses with banks and verify non-citizens who would use the card to apply for or renew their residence permits, open or run bank accounts.

“We will continue to provide, as we have done since 2012, for all foreigners lawfully resident in this country to register under the foreigner identification management system project for the non-citizen identity card which, by law, they are required to register for,” Prof. Attafuah said.