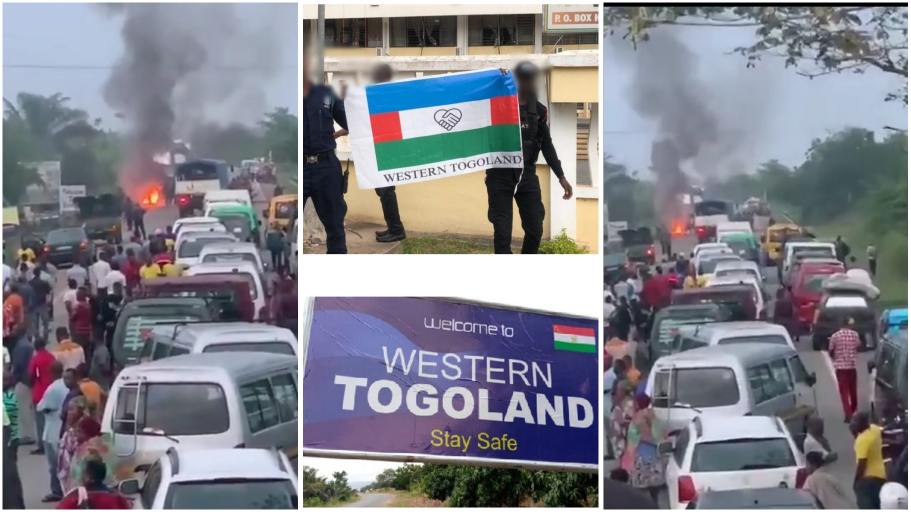 Nineteen pellets have been removed from the body of the District Police Commander who was attacked by the Western Togoland secessionist group on Friday.

This is according to the doctors who attended to the four policemen who were attacked by the group.

The doctors explained that they were able to remove 19 pellets from the body of the District Police Commander ASP Dennis Fiakpui.

Dr Bernard Atuguba, Medical Director for the Bator Catholic Hospital said the police officers who were transferred to the Police Hospital in Accra are responding to treatment.

He said the pellets did not reach the bone of the police officer but they were just on the flesh.

"My followup to the police hospital yesterday revealed that they are doing well. The only person who was shot at was the Divisional Police Commander and when we did the x-ray we saw 19 pellets of the BB bullets likely they did not get to the bone they were only on the flesh..."

The Military and the Police have also intensified their search for some 10 Ak47 assault rifles seized by the group when they broke into the armoury of the Aveyime and Mepe police stations.

The attack by the group has been described by Prof Emmanuel Kwesi Aning, the Director, Faculty of Academic Affairs & Research, Kofi Annan International Peacekeeping Training Centre, KAIPTC as the first most successful in West Africa and the Sahel-Sahara.

According to him, it is the first most successful attack against a sovereign state in West Africa and Sahel-Sahara.

Speaking on Joy FM’s ‘NewsFile’ he said the successful nature of the attack must be the context in which the discussion about their activities should be situated.

Sharing his expert views on why he believes the protest and attack were the first most successful he said “It is the most successful first secessionist attack because we need to look at the geographical expanse of the attack from Juapong to Sogakofe and all the towns. Now, these are not small towns so where were the police, National Security the BNI? so that is one, the share geographical expanse. The second is the coordinated nature of those attacks they all took place within a certain time frame and the failure of the state is that if you see that … were brought in to block the roads, people sung patriotic songs, and they set fire and dance all without a response from the state.”

“The final symbolism relates to the police station, two police stations representing the state overrun and totally defeated…” he added.

But the Ghana Armed Forces and the Ghana Police Service have brought under control the activities of the Western Togoland secessionist group.

Thirty-one members of the group have been arrested.