2020 Election: I will mobilize people against Mahama if …Kofi Adams 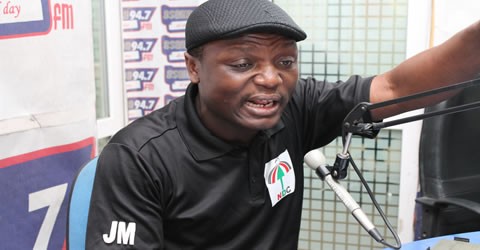 The National Organiser and Campaign coordinator for the National Democratic Congress in the 2016 December polls, Kofi Adams has said he will soon lead a campaign to ensure President John Mahama is made their candidate for election 2020 and if he opt not to contest again, I will rally people against that decision.

According to him, John Mahama is the NDC’s unquestionable bet for power come 2020 general elections.

In an interview on Asempa FM’s Ekosii Sen programme, Kofi Adams stated categorically that, no one is better place to lead the party in 2020 than President Mahama.

He added that it is too early a time for people to urge the President to give up his ambition to contest again for the presidency.

He stated unequivocally that, “If he [John Mahama] decides not to run for elections, I will be disappointed…I will mobilise people against that,”

Kofi Adams added that with an accurate strategy and message, the NDC will win the 2020 elections.