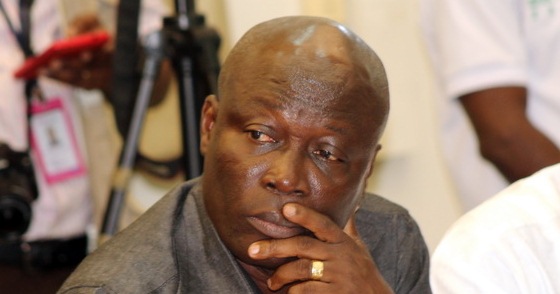 Member of Parliament for the Odododiodoo constituency, Edwin Nii Lante Vanderpuye has been arrested by the police over a shooting incident that occurred in the area.

He is being accused of instigating the shooting incident near the Modark Hotel after a short skirmish between NPP and NDC supporters.

The Parliamentary candidate was arrested with other young men who were lodging with him at the Modark Hotel.

The incumbent MP who alleged that he and his family had been attacked earlier was escorted by the Ghana Police, his lawyer Lesley Anim explained.

According to Nii Lante’s lawyer, the police said they were taking him to the Central Police Station. His arrest was alongside some of the boys he had been working with on Election Day.

“I am not sure about the number but the boys working on his collation … about four or five of them have been arrested,” Lawyer Anim said about the arrest made in the early hours of Tuesday.

“We are going to the police station to make sure we sort this out. He had been attacked and there had been gunshots and they are accusing him of firing the guns. But it’s total falsehood and we are going to fight it.

“He can’t be intimidated on an election day and we are going to make sure that justice is done.”

The Odododiodio Constituency race is between Edwin Nii Lantey Vanderpuye of the NDC and Nii Lante Bannerman of the NPP.