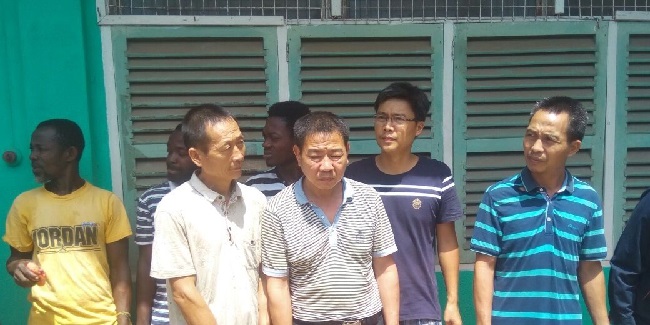 The Joint Task Force of Operation Vanguard has arrested four Chinese nationals and five Ghanaians who are engaged in illegal mining (galamsey) at Prestea/Huni Valley and Upper Denkyira West Districts in the Central Region.

Three of the Chinese were arrested together with five Ghanaian collaborators at an illegal mining site at Ensasi in the Prestea/Huni Valley District.

The suspects with all the items seized were handed over to the Prestea Police Station for further investigations and for possible prosecution.

The excavator, however, has been handed over to the Prestea/Huni Valley District.

The other Chinese illegal miner was arrested at Ampaabena in the Upper Denkyira West District on Wednesday 20 June 2018.