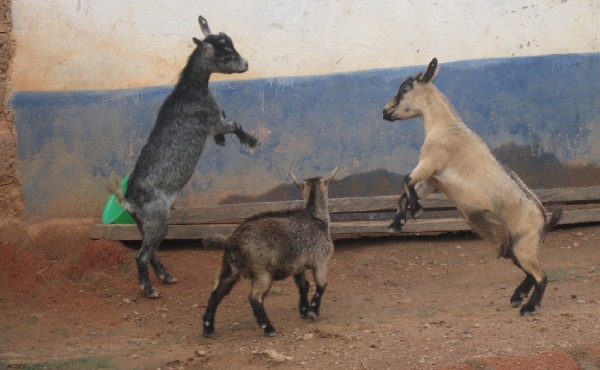 Some four goats arrested by the Ga West Municipal Assembly will be auctioned today June 14, 2019.

The Ga West Municipal Assembly says the auction will be done at their assembly yard in Accra.

In an announcement released and signed by Municipal Environmental Health Officer, Christiana Marku Teye-Angmor, the goats were captured on 3rd June 2019.

They were sent to the Assembly yard after their capture and are now due to be auctioned at Amasaman at 3 pm prompt.

According to the Assembly’s by-laws, it is an offence for anyone to leave their animals to free range on the streets.

Under the by-law, where an impounded animal is not claimed within a period of four days, the Assembly shall cause a notice of the impoundment to be displayed at a conspicuous place in the area for six days.

At the expiry of the period specified, if the animal remains unclaimed, it shall be sold at a public auction by a licensed auctioneer or other person appointed by the Assembly for that purpose. 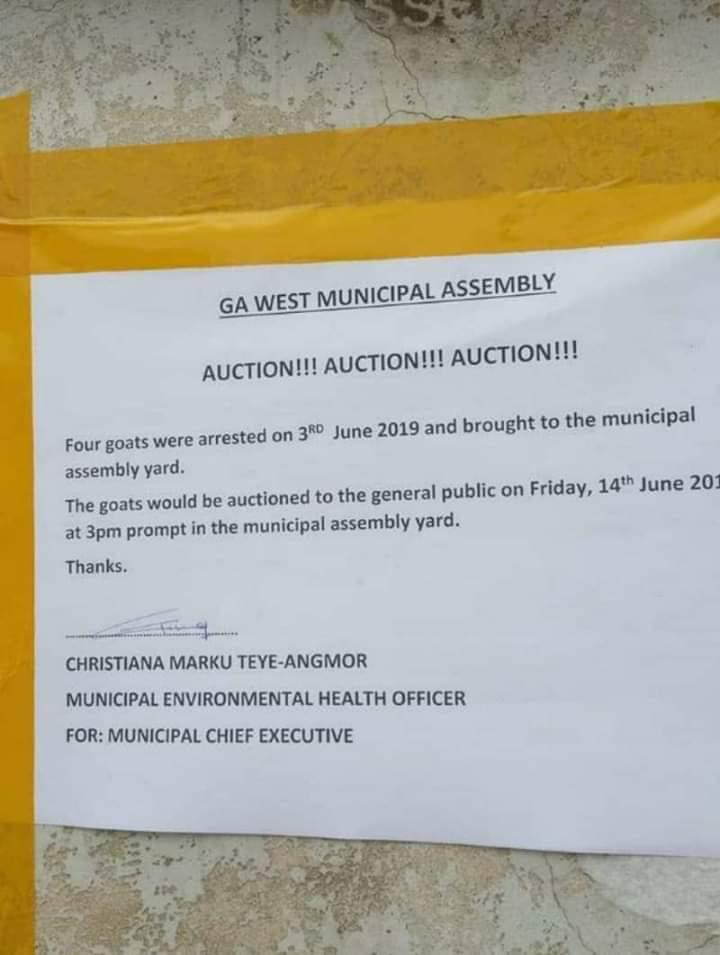