6,000 security personnel to be deployed for swearing-in of President-elect 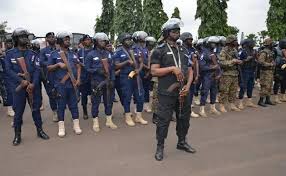 The Ghana Police Service has announced that some Six thousand security personnel to parliament for the inauguration of President-elect Akufo-Addo.

There will also be the swearing-in of Vice President Dr Mahamudu Bawumia and Members of the eighth Parliament on Thursday, January 7, 2021.

The Police in a news release said the security personnel drawn from the Ghana Police Service, the Ghana Armed Forces and allied security agencies will provide security to ensure the protection of lives and properties and general maintenance of law and order for the ceremonies.

READ ALSO: I hope we have a good 2021 and build our economy - Akufo-Addo

"Manpower Strength. Six thousand (6000) security personnel drawn from the Ghana Police Service, the Ghana Armed Forces and allied agencies will provide security to ensure protection of lives and properties and general maintenance of law and order for the inaugural ceremonies. This will be augmented by technology to ensure maximum security."

The release also stated that all VVIPs who will be present at the ceremony would be provided "close protection as appropriate" as part of a "conducive security environment" at the inauguration.

The statement further advised the public to stay away from the immediate vicinity of the following locations in Accra on January 6-7, 2021: the entire State House Complex, Accra International Conference Centre; Accra Sports Stadium and the Black Star Square.

"These places would be secured and patrolled by security personnel. Crash barriers would also be mounted at certain areas to cordon off and control movements to these venues, with security personnel directing movement. Only persons bearing invitation cards or accreditation would be allowed entry into the specified venues on 6th or 7th January, 2021. Meanwhile, there would be overt and covert operations in the communities surrounding the State House Complex," the release said.

The release said details of planned road closures in parts of Accra occasioned by the ceremonies would be made available to the public on January 5, 2021.

There would also be the strict enforcement of mask-wearing and COVID-19 protocols. 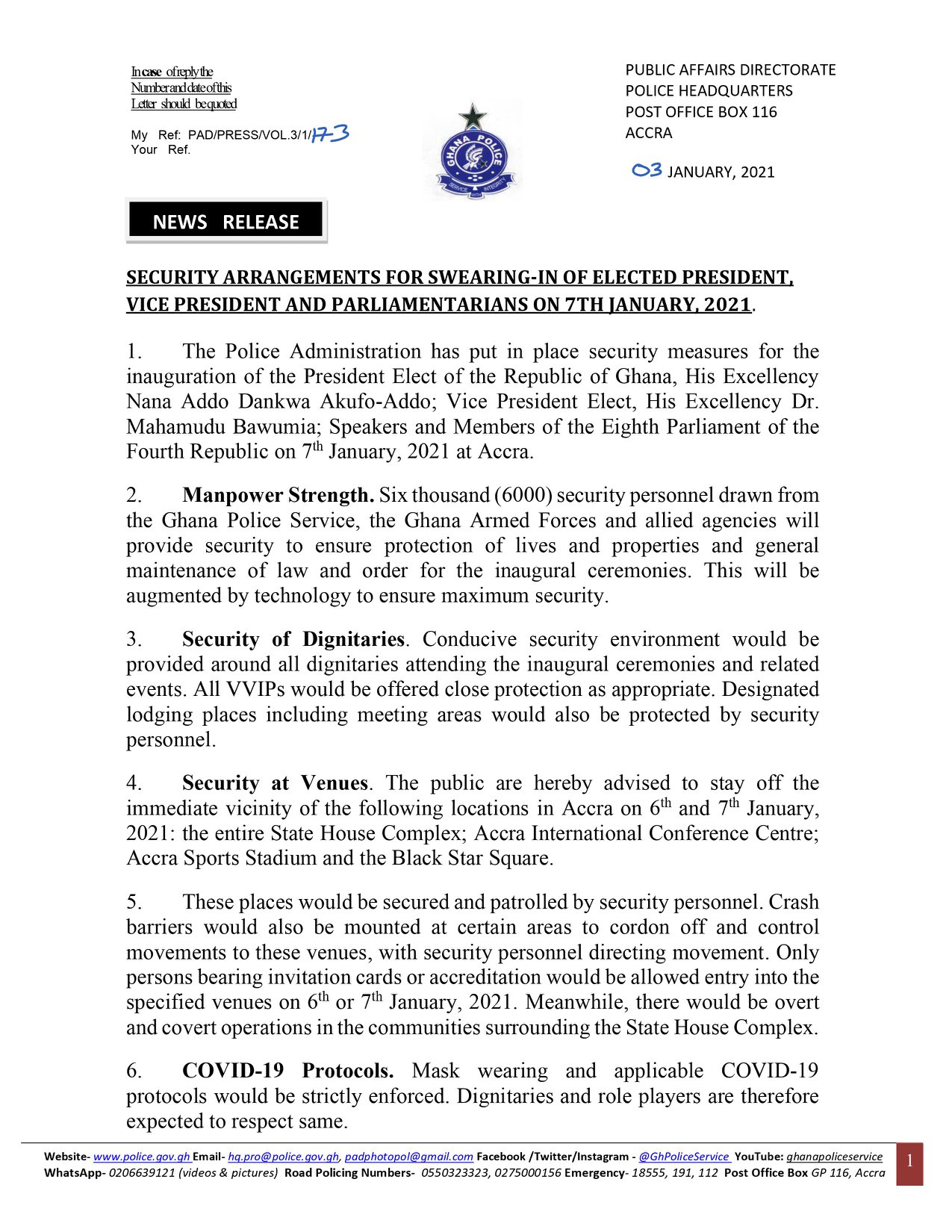 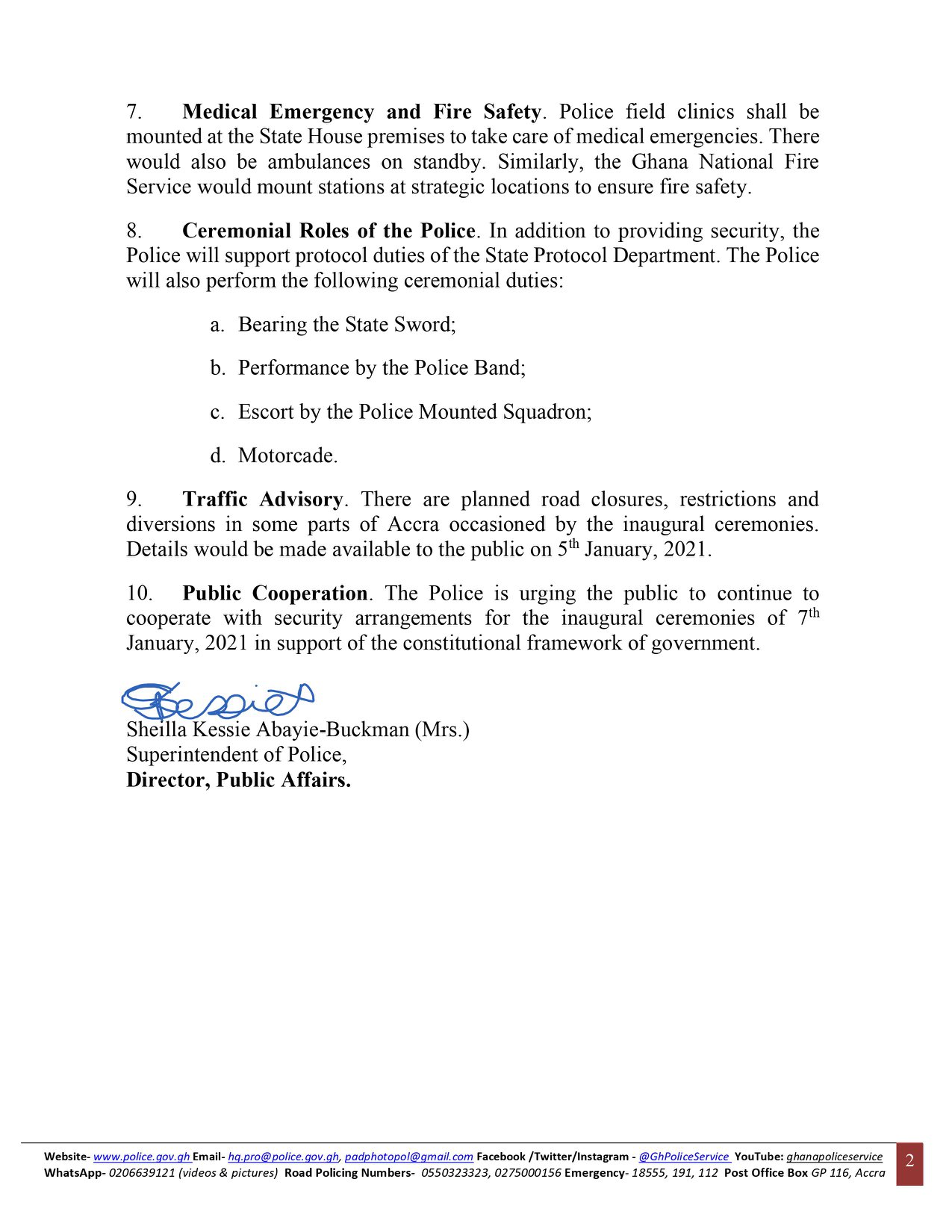