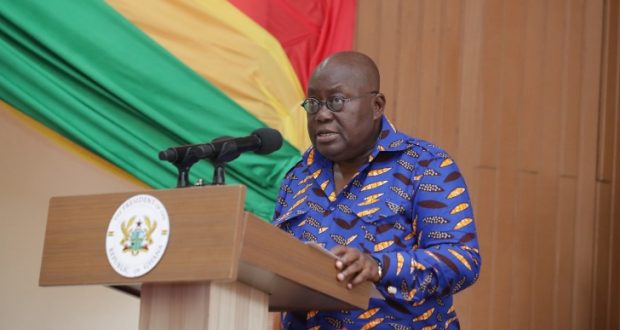 President Akufo-Addo has disclosed that a total of GHS12.7 billion of taxpayers’ money, was pumped into the seven local banks which eventually went under.

UT Bank and Capital Bank were taken over by GCB Bank while uniBank, Sovereign Bank, The Royal Bank, The Beige Bank and The Construction Bank were put together to form Consolidated Bank Ghana Limited (CBG).

Speaking at the 80th anniversary celebratory durbar Presbyterian Boys' Senior Secondary School, Legon, about the work of the central bank in purging the sector, Akufo-Addo said: “Under the rigorous leadership of the current Governor of the Bank of Ghana, Dr Ernest Addison, a number of prudent measures have been taken to save and sanitise the banking sector”.
“To protect the deposits of the seven defunct banks, the government, through the Ministry of Finance”, the president noted, “has had to issue bonds to the tune of some GHS8 billion in favour of GCB Bank and the new Consolidated Bank Ghana Limited – the banks that have taken over the operations of the seven failed banks.

“This is in addition to liquidity support of some GHS4.7 billion that had been provided by the Bank of Ghana to these banks over a period before their closure.“In fact, GHS12.7 billion of public funds has been injected into these seven banks following their malfunction. Depositors’ savings, however, have been safeguarded; job losses have been minimised and a strong set of indigenous banks, is being born”, the president asserted.In the president’s view, “…It is better to have two performing indigenous banks than to have seven weak ones, as recent examples of Nigeria, Malaysia and others, have shown.“I have no doubt that if these measures had not been taken, the banking system would have been seriously compromised with dire consequences for depositors and their savings”, he noted.