Pressure mounts on UniCredit as customers demand their deposits 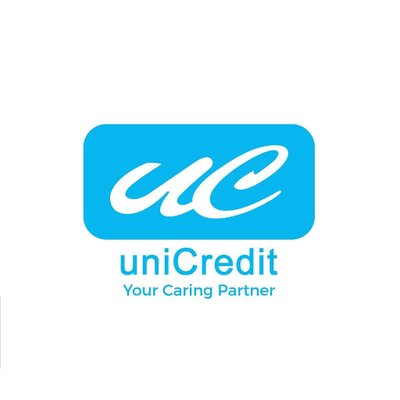 Pressure Mounts on UniCredit as customers demand their deposits

Customers of UniCredit Savings and Loans, a sister company of the defunct UniBank, have besieged the Kantamanto branch to demand their deposits as the perception of UniCredit having liquidity challenges increases.

This perception heightened when uniBank, sister company of uniCredit was taken over by the Bank of Ghana.

There has been some instability in the banking sector in the last few months with the BOG taking over several banks.

UniBank was one of the banks the BOG had to rescue, in March this year, the BOG took over the management of UniBank as part of measures to save the local bank from imminent collapse.

This led to some form of uneasiness among customers of the bank but they issued a release explaining that the BOG's take over was aimed at saving UniBank from imminent collapse, and also prevent potential losses to depositors and other creditors.

The recent collapse of some several indigenous banks is increasingly becoming a worry.

Aside UniBank facing the wrath of BOG,  Beige Bank, Sovereign Bank, Construction Bank and The Royal Bank have all suffered the same fate.

Some factors leading to the collapse of these banks are;

Corporate governance describes “the framework of rules, relationships, systems and processes within and by which authority is exercised and controlled within corporations. It encompasses the mechanisms by which banks, and those in control, are held to account.” Good corporate governance promotes the going concern ability and confidence of corporations. This is crucial to the ability of the bank to grow, It is however very unfortunate that all the banks that have collapsed or are going through serious challenges are as a result of their non-compliance to the fundamental principles of Corporate Governance culminating into a breakdown of the control environment.

Board of directors failing to oversee the integrity of the bank accounting and corporate reporting systems, including the external audit due to lack of understanding, ignorance, experience and self-seeking interest.

Approval of facilities without due diligence and proper credit risk assessment, this is one key factors causing the failure of local banks in Ghana.

Failure of the board to oversee the bank’s process for making timely and balanced disclosure of all material information concerning the bank.

Failure of the board to ensure that the bank has in place an appropriate risk management framework with comprehensive risk profiling of all systems and setting the risk appetite within which the board expects management to operate.

Independence threats of the compliance function in the bank, it is very clear that most banks especially in Ghana (Local) do not take the Compliance Function serious and this has invariably contributed to the collapse of all the local banks in Ghana. Unlike the foreign banks, where there is strict adherence to compliance to the core.

Lack of independence, confidentiality, integrity and self-confidence on the part of CHIEF INTERNAL AUDITOR in most of these local banks is one critical factor that has derailed the progress and halted the going concern of local banks which is never the case in the foreign banks.

Chief Internal Auditor is expected to report to the board on all material and significant infractions noted during their review but not the case in most of the local banks.

You would often find out that the CIA shield and cover-up for the executive directors. Reporting lines are very clear in the foreign banks and the CIA has no business to take any orders from the executive management or any EXCO member.

Unfortunately, the CIA in most of these local banks is in bed with the Executive management and take instructions from them, in some cases go to the extent of shielding them when they breach controls.

Several risk factors account for bank failure and all the collapsed local banks are not exempted. Some of these are Credit Risk, Operational risk, Market risk, Liquidity risk.

The most predominant among them all is Credit risk which is bringing most local banks on their knees as a result of failure to follow due processes in credit delivery, inadequate monitoring mechanism in place coupled with self-seeking interest staff and inexperience credit officers. Some emphasis can be given to loan classification, high impairment account and window dressing of accounts as also a major risk that halts the going concern of the bank.

Credit risk is defined as the possibility that a bank borrower or counterparty will fail to meet its obligations in accordance with agreed terms. Credit risk is most likely caused by loans, acceptances, interbank transactions, trade financing, foreign exchange transactions, financial futures, swaps, bonds, equities, options, and in the extension of commitments and guarantees, and the settlement of transactions.

In simple words, if person A borrows from a bank and is not able to repay the loan because of inadequate income, loss in business, death, unwillingness or any other reasons, the bank faces credit risk.

It is alleged that there is so much connivance, condoning of staff of banks especially the local banks and customers to pick loans and not pay back so some agreed percentage is given out to the said staff (BANK CARTEL) and this is the new trend in banking.