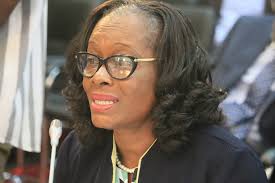 The Attorney-General, Gloria Akuffo has presented a bill to Parliament to specifically deal with political vigilantism in Ghana.

Addressing the house on Thursday, April 11, Gloria Akuffo appealed to MPs to consider the bill under a certificate of urgency.

Minority Leader, Haruna Iddrisu, however, argued vigilantism is an issue of grave national importance and should not be rushed through the House.

“I understand the President is in a hurry to deal with it but vigilantism is beyond the two biggest political parties – NDC and NPP – so there must be much wider stakeholder consultation on it,” Iddrisu said.

Legislation to deal with vigilantism

President Akufo-Addo has last month instructed the Attorney General to prepare and submit to Parliament specific legislation to deal with vigilantism in the country.

Responding to the letter of the NDC dated March 11, President Akufo-Addo said: "since the constitutional responsibility of maintaining law and order in our country is that of the executive, i.e. the President of the Republic, I have, in line with the pronouncement to Parliament during the Message on the State of the Nation on 21st February, 2019, instructed the Attorney General, without prejudice to the outcome of the engagement, if any, between the NPP and NDC, to prepare and submit to Parliament, as soon as possible, specific legislation to deal with the phenomenon of vigilantism, and provide appropriate sanctions against its occurrence."