A/R : Kidnappers of two Canadian girls had a bomb 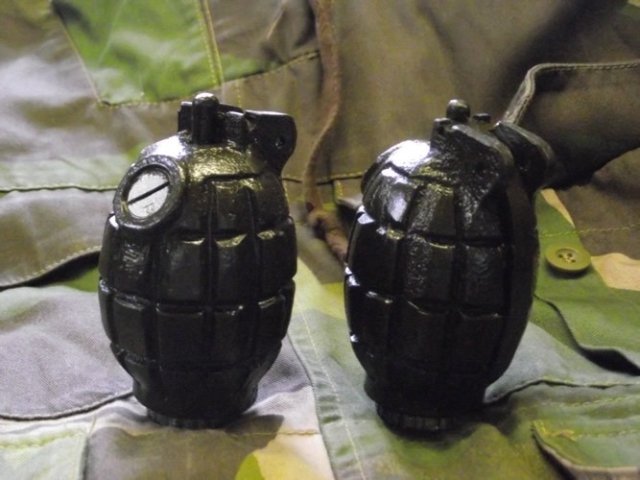 It has emerged that an explosive weapon was found among the arsenal of the kidnappers of the two Canadian ladies rescued on Wednesday.

According to reports on Friday, June 14, besides the grenade, the kidnappers had an assortment of firearms “which were kept for defensive and offensive purposes.”

Already, Information Minister, Kojo Oppong Nkrumah, said during a press briefing on the rescue of Lauren Patricia Catherine Tilley, 19, and Bailey Jordan Chitly, 20, that the members of the rescue mission faced significant firepower from the kidnappers.

”Police officers from the Ashanti Regional Police CID in Kumasi were shocked to find the grenade in the house where the two ladies were kept,” the Daily Guide newspaper recounts.

The Canadian young ladies were reportedly forced into a vehicle at about 8:20 pm on June 4, 2019.

They had just stepped out of their apartment at Silver Spring in Kumasi.

One person, an Uber driver, was arrested over the kidnapping.

Subsequently, a team of experts from Canada and the United Kingdom arrived in Ghana to assist National Security operatives with investigations.

Meanwhile, details have emerged pointing to Nigerian masterminds behind the kidnapping of two Canadian girls who were volunteering in Ghana.

The identities of the four Nigerians are yet to be confirmed.

Police are also on a manhunt for three Nigerians linked to the kidnapping of the Consular-General and Head of Mission of Estonia to Ghana, Nabil Makram Basbous, in April 2019 in Accra who was later rescued by police.