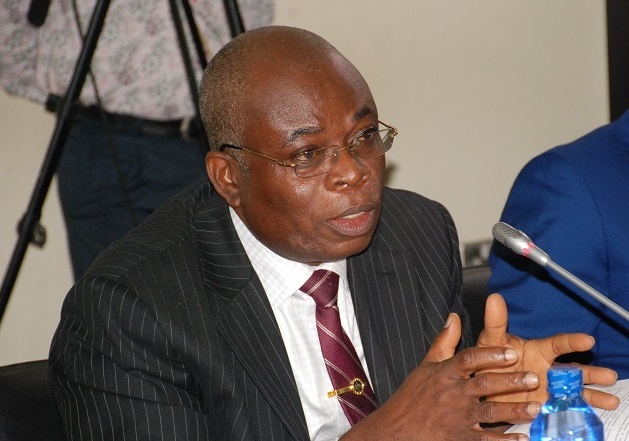 Chairman of the Public Accounts Committee of Parliament Jame Avedzi says MP for Effutu Afenyo Markin has no moral right to criticise the decision of the committee to arrest public officials for misconduct.

James Avedzi was in an interview with Joy FM reacting to the criticism of the Effutu MP that the committee has set a bad precedent with the arrest of two public officials on live TV.

According to James Avedzi, Afenyo Markin would have not been against the decision if he had been coming for committee meetings.

"I don't think he is the only lawyer in Ghana, unfortunately, he is a member of this committee if he had been attending committee meetings definitely he would have understood why we took that decision, I blame him for taking that position because he has been absent without any permission for attending the committee meetings. He is the only person who is against the bold decision that we have taken."

The Member of Parliament for Effutu Constituency said the Public Accounts Committee (PAC) is setting a bad precedent with the arrest of two government officials.

“Are we documentation examiners? Are we fraud examiners? On what basis did we say the document is compromised,” Alexander Afenyo-Markin.

Afenyo-Markin questioned the PAC’s order for the arrest of two district assembly officials accused of lying to the Committee.

“We shouldn’t set a bad precedent. Under criminal jurisprudence, due process is essential, therefore to me, as a matter of law, if there were issues regarding the testimonies, Avedzi should have filed a complaint or go to the police to file a complaint,” he said.

Mr Afenyo-Markin added that Mr Avedzi could even compromise the committee’s mandate by “overzealously acting in a manner that will abuse people’s rights” because certain conclusions “require proper investigative evaluation.”