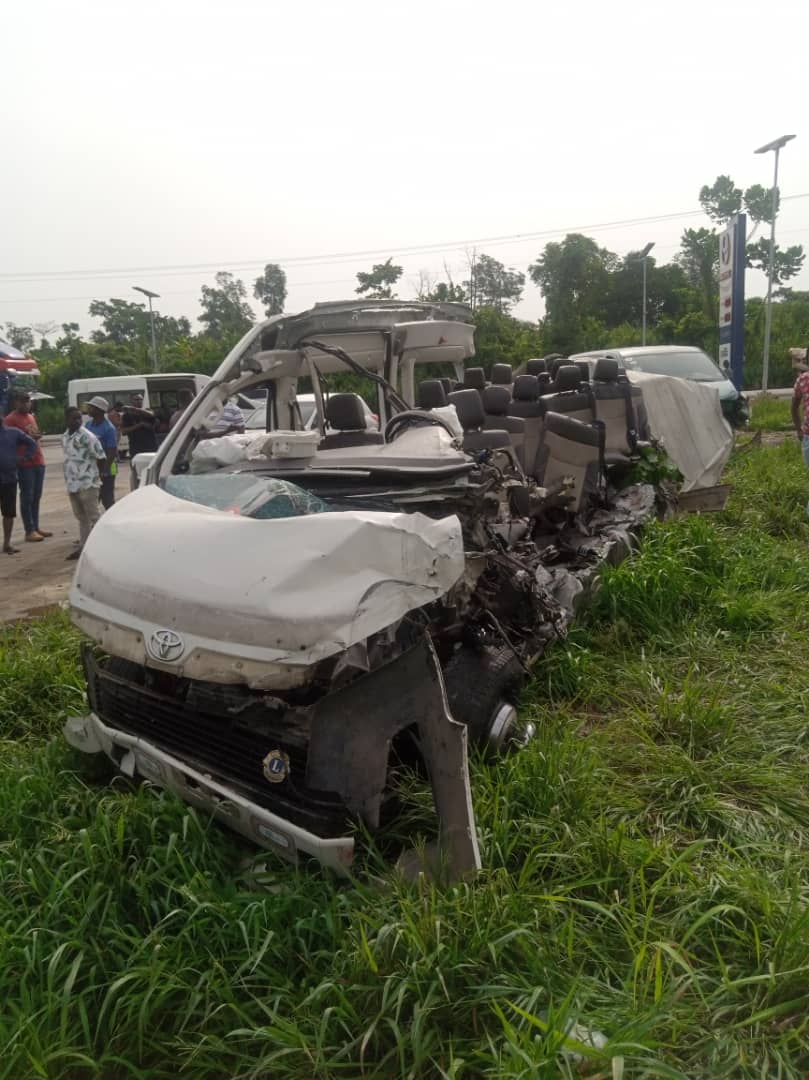 At least five persons have been confirmed dead in a fatal accident on the Bunso stretch of the Accra to Kumasi Highway in the Eastern region.

Seven others who sustained injuries have been admitted at the hospital.

The accident occurred Monday April 4 at about 3:55am when the suspect driver now deceased was in charge of Toyota Hiace mini bus with Registration number AK 1145-21 with 13 persons onboard traveling from Kumasi towards Accra .

Reports indicate that on reaching a section of the road after Akyem Asiakwa junction near Bunso, the driver veered off his lane and crashed the offside rear portion of DAF lowbird articulated truck with registration number GT 3799-16 driven suspect Driver Abonomovi Promise ,40, with drivers mate loaded with water pumping machines traveling from Tema towards Kumasi with three escort vehicles, two in front, and one behind.

The impact forced the Toyota mini bus to crash at the roadside killing five persons including the driver instantly.

The Public Rations officer of the Eastern Regional Police Command DSP Ebenezer Tetteh told Starr News police Personnel quickly rushed to the scene to extricate the victims to the hospital and kept the dead bodies at Kibi government hospital morgue for identification, preservation and autopsy .

He said the accident vehicle have been towed for testing.