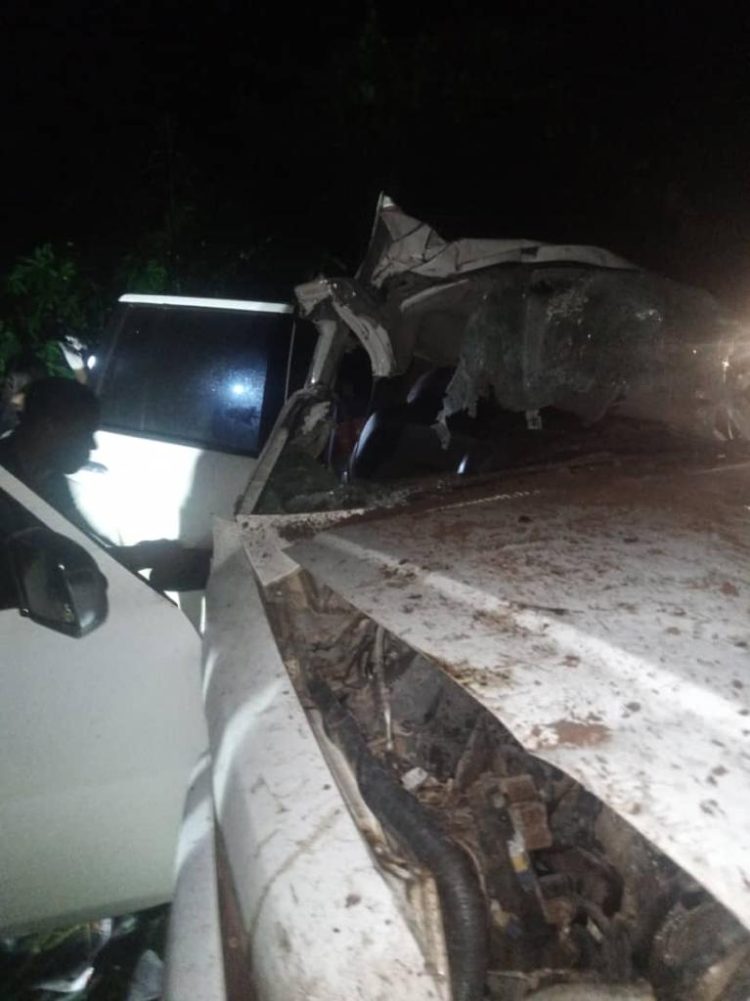 Police in the Eastern Region have commenced investigations into the cause of an accident which claimed the life of the District Chief Executive for Bibiani-Anhwiaso Bekwai, Alfred Amoah and his driver.

The DCE and his driver suffered severe head injuries, according to sources, and died on the spot

Personnel from the Ghana Police, National Fire Service and the Ambulance service who rushed to the scene managed to convey some injured victims to the Kibi Government Hospital for treatment.

A source at the Regional Police Command who confirmed the accident indicated that the MTTD has commenced investigations to ascertain the cause of the accident.

A statement from the police said “a Man Diesel Fuel tanker driven by Habibu Adam aged 35 years, with an empty tank from Kumasi direction on seeing the danger ahead, applied his brakes to avoid a crash. In the process, he lost control of the steering wheel, veered off his lane and landed into a ditch on the offside when facing Accra direction.”