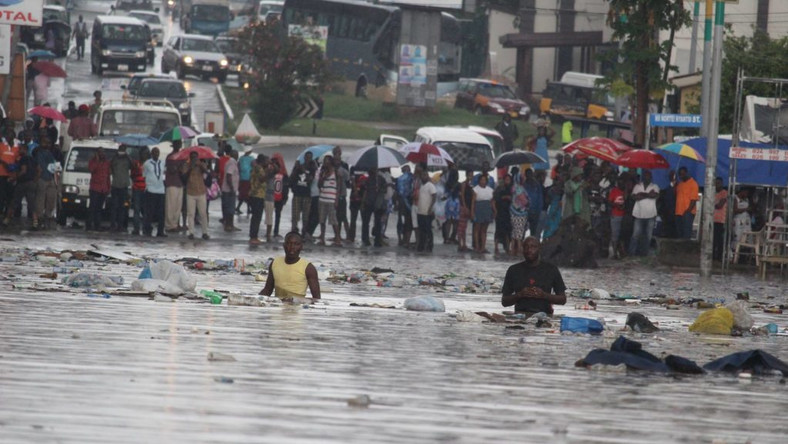 Officials of the National Disaster Management Organization, NADMO are on high alert following four (4) hours of downpour in the capital, Accra.

The rains which began as early as 8 am in some parts of Accra has been characterized by strong winds and vehicular traffic.

In an interview with Starr FM, Greater Accra Regional NADMO boss Archibald Cobbinah says his officers are on standby for any eventualities. Adding to that he said he is embarking on some flood-prone areas to access the damage

"It's raining and all our men are on standby. We are not expecting anything to happen, those who are driving should be very careful and make sure you find a safe haven to park. Ask anybody around if that area is a flooded area or gets flooded to park at a much safer place. I am touring some areas like Madina, Taifa, Ofankor, and Mallam''.

Running water spilt from chocked drains unto the roads at the Kwame Nkrumah Interchange and left pedestrians with no choice but to walk through the water which was around the knee level.

The Greater Accra Regional Director of NADMO, Archibald Cobbinah stated that 5 casualties were recorded after the flooding on April 7, which involved a woman and her child, two men and one other who was electrocuted. He added that there is a need for a drastic change in the habit of citizens who litter indiscriminately.