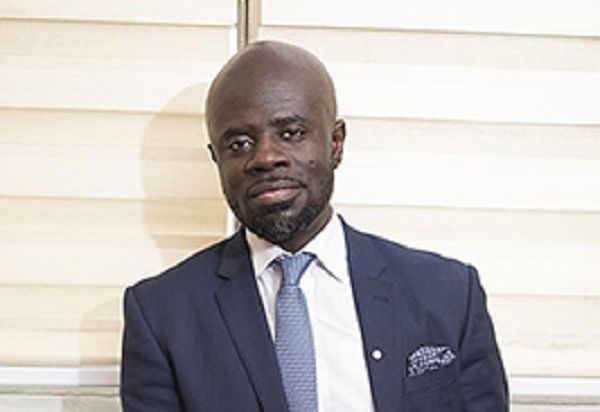 According to him, the average age seems to be in the early 30s and 40s

"Again, it is clear that the average age seems to be in the early 30s and 40s. I think the President has done a good job in selecting people that reflect the demographic of our country."

President Akufo-Addo this week released his list of deputy ministers, subject to approval by Parliament.

According to a statement from the presidency, the list was submitted to the Speaker of Parliament today.

In all, there are 39 deputy ministers appointed under 24 portfolios.

The ministries of Trade, Local Government and Energy have three deputy minister-nominees.

The list had been highly anticipated since the vetting of Ken Ofori-Atta, who was the last minister nominee to appear before Parliament’s Appointments Committee on March 26.

Ten of the nominees are women.

A number of the Ministers are also maintaining their portfolio from President Akufo-Addo’s first term including Abena Osei-Asare at the Finance Ministry, Mohammed Amin Adam, William Owuraku Aidoo at the Energy Ministry, Osei Bonsu Amoah at the Local Government, Decentralisation & Rural Development and Tina Mensah at the Health Ministry among others.

A statement from the presidency indicated that President Akufo-Addo was hopeful that, “just as was done for his Ministers, Parliament will, on a bi-partisan basis, expedite the approval of his Deputy Ministerial nominees, so they can join the Government forthwith, and assist in the delivery of his mandate for his second term in office.” 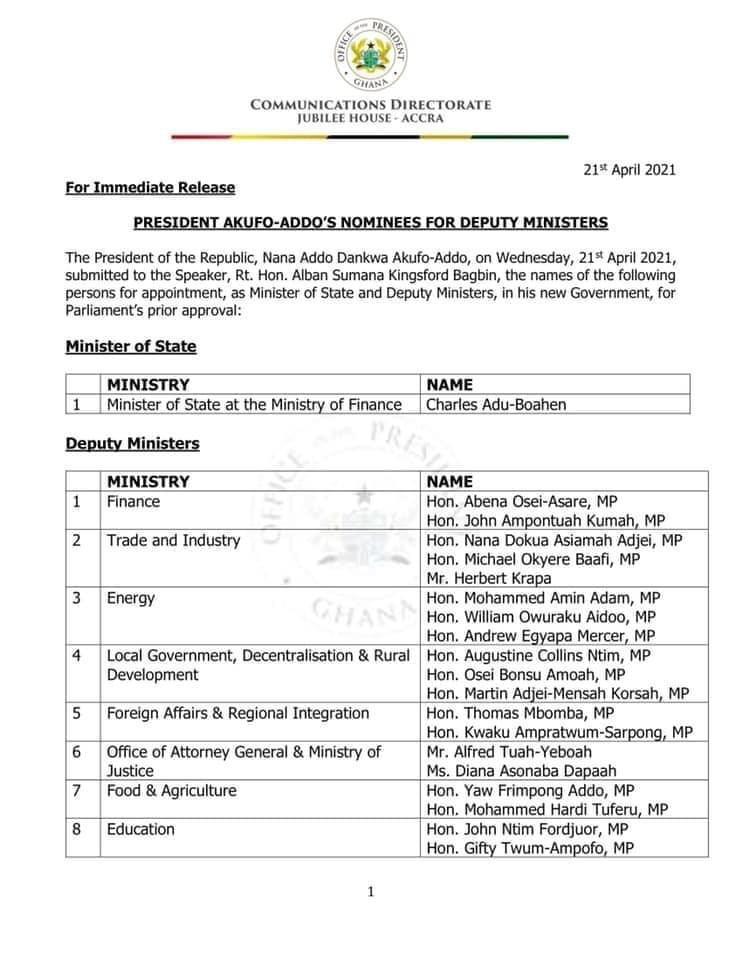 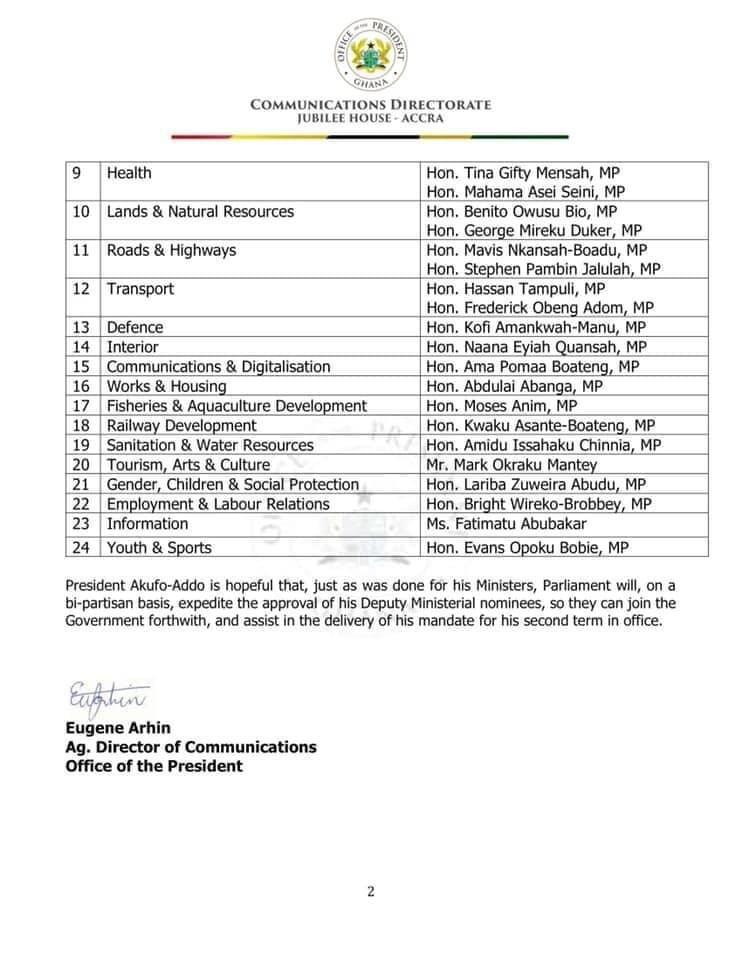