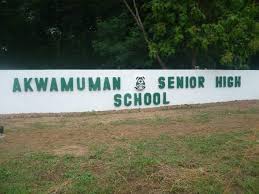 The Akwamuman Old Students AssociationÂ is resisting the use of the facility as an isolation centre to house persons suspected to be carrying the deadly for Covid-19 virus.

According to the old students Association, key stakeholders of the school were not consulted prior to the decision.

Speaking in a radio interview today, April 17 2020,the Acting President of the Old Students Association, Stephen Nyarko said the district assembly should look for other facilities as options for isolation centre and not the school

''There was no consultation for people living in and around to understand what all these things are about. As we speak, the chiefs and people even around are having their own issue over this matter. We have various alternatives within Asuogyaman district assembly that can be used for such activity including Volta hotel, a health facility put up at a place which is not close to the community which can be used. This is a school that has a large land site and for that matter, the school has not been walled. Have we considered how these people who are going to be quarantined can easily move out of the place to town? They can use other places, certainly not Akwamuman SHSâ€™â€™.

Â Meanwhile, the DCE for the area Samuel Kwame Agyekum said the Asuogyaman district assembly has directed old students of the Akwawuman Senior High School to channel their grievances to the Ghana Education Service.

''The decision to use the senior high school for such purpose was taken by government and the decision was relayed down to the school through the Director-General of the Ghana Education Service so we down here are only implementing governmentâ€™s decision.If they donâ€™t like the idea,they should tell GES not us. Am very much surprised for them to say that they will not allow as if excuse me to say the school belongs to them. They are old students and the school does not belong to them. So can they say they cannot allow? what am saying is that a decision has been taken to use senior high schools for such purposes''.